4/20: A Day of Celebration and Appreciation of Art and an Open Mind 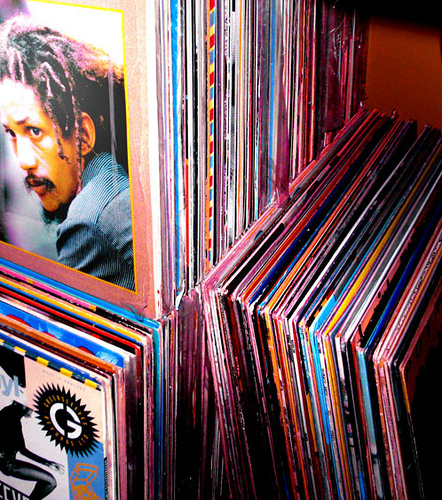 April 20th is right around the corner, and what does this mean for us in the music world?  Well for starters, it’s Record Store Day.  A day where artists, fans, and independent record stores come together in celebration and appreciation of the art of music with special appearances, autograph signings, performances and new music releases.  The reality of Record Store Day is that our days of shopping for vinyl and compact discs in physical stores has diminished with every means to the music we are searching for at our fingertips 24/7, so taking a day out of the year to maintain the ideals that we once lived by – flipping through rows of albums and paying full price for the physical album- is vital to deterring the extinction of record stores.  And what better a day to show support and appreciation than on 4/20, a worldwide counterculture holiday dedicated to spreading love, kind vibes and open-mindedness.  Let’s take a look at some Record Store Day releases that coordinate perfectly with the overall nature of 4/20:

Pink Floyd – 7″ vinyl “See Emily Play” from their debut album The Piper at the Gates of Dawn.  The song was said to be about a girl named Emily that Syd Barrett apparently saw while he was sleeping in the woods after taking a psychedelic drug.

Atmosphere – 7″ vinyl “Demosexual” (2,000 copies available)  which includes two demo songs from 2009/10 sessions that will never again be available for purchase.

Brother Ali – Vinyl reissue of 2003’s Shadow On The Sun

Trey Anasatsio – 7″ Picture Disc of previously unreleased Blue Ash and Other Suburbs featuring “Gone”, “Can You See It”, and “Tree”.

The Notorious B.I.G – “Ready To Die”(2,850 copies available).  The album is a semi-autobiographical depiction of Christopher Wallace’s life on the streets of Brooklyn.

David Bowie – 7″ vinyl “The Stars (Are Out Tonight), “Where Are We Now?” and 7″ picture disc Drive-In Saturday Night.

At The Drive-In – 12″ vinyl Relationship of Command  re-issue of the original LP plus bonus tracks.

Best Coast – 7″ vinyl of never before relased material: “Fear Of My Identity” and “Who I Have Become”.

The Stooges and The Black Keys – 7″ vinyl Side By Side: No Fun

Learn more about Record Store Day, participating locations near you and other artists with releases, meet and greets and performances for the special day here.