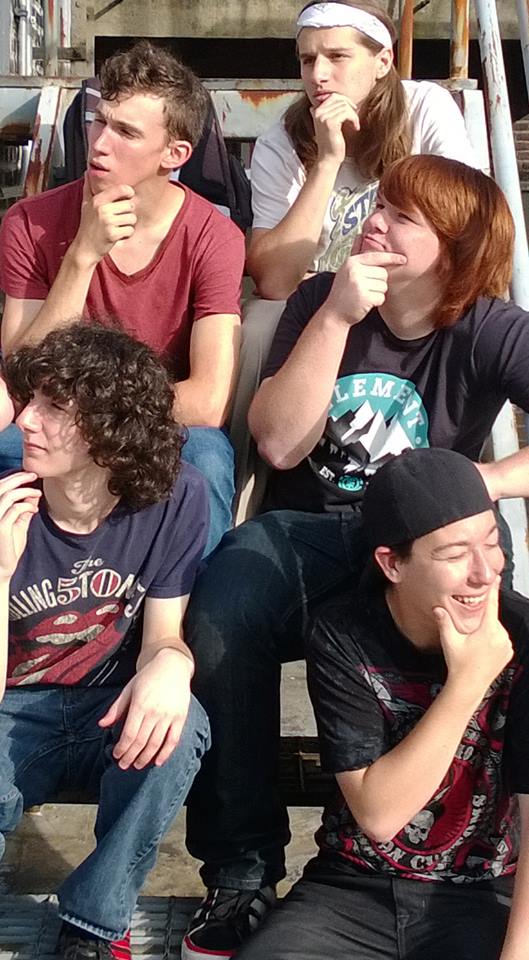 GNGR is a five piece rock band from New Jersey who are just getting their start, creating a local buzz playing shows all around the NJ area. Their alternative rock sound, enormous stage presence, and solid musicianship is astonishing, especially due to the fact that they are still in high school! The boys were recently added to The Project Matters roster, a non-profit organization that assists young New Jersey musicians (ages 21 and under) with musical expenses and needs including legal assistance, artist consulting, music instruction, emotional support and performance opportunities. Their mission is to empower, enable and encourage young musicians to attain their creative potential and this year, their efforts are directed at GNGR, the band that was hand picked by the President and founder of the organization, Karen High. The Project Matters is hosting their 2013 benefit concert at Mexicali Live in Teaneck, NJ on October 9th with Australian pop rock quintet Gold Fields headlining the event. GNGR will be the opening band! We took a minute to catch up with the teens this weekend:

I think it’s pretty obvious why your band is called GNGR. Tell us about how you officially decided on the name for the band?
South Park insists that “Gingers have no soul.” Since our lead singer, Garrett, is a red head, we thought we would challenge that statement! And, just to be a little different, we dropped the vowels.

You guys cover some amazing bands ( Pearl Jam, Radiohead). Who would you say are the most influential artists for GNGR? Do each of you have one musician that you look up to above all others?
There is a wide array of influences across the 5 members of the band. But a few we all agree on are Pearl Jam, Lynyrd Skynyrd, Foo Fighters and Bruce Springsteen.

Who has the best sense of humor in the band?
That would definitely be our drummer, Nick!

What city and/or venue do you most look forward to playing when you go on your first national tour?
LA or Seattle

Where do you guys usually practice?
Each week, Jake L.’s living room is transformed into our rehearsal space!

Where do you see yourselves as a band in five years?
We would like to be an established touring band.

Is there one new album from 2013 that you all agree is the best?
There isn’t one big album that has come out this year that we all love. But we’re really looking forward to Pearl Jam’s album release in October.

Get tickets for the benefit concert here!