A Blast of Rock, A Bit of Roll – A Splash of Punk and a Whole Lotta’ Soul: The Vaccines’ Come of Age 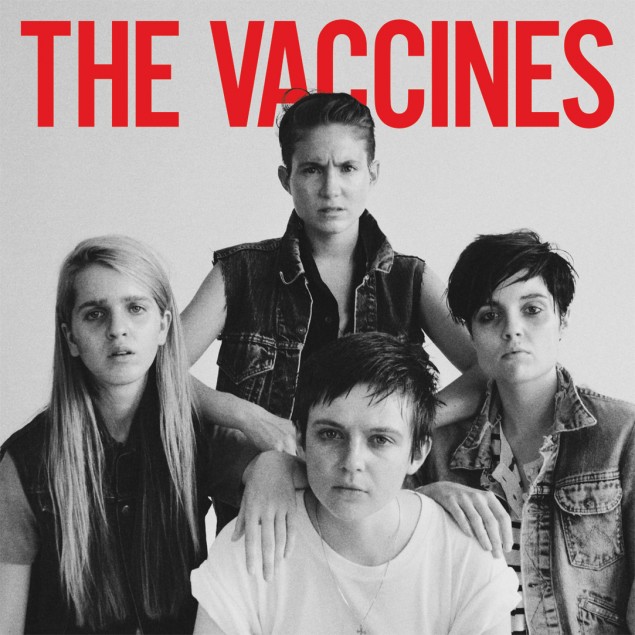 Wondering what it would be like to experience purchasing a Ramones record on its release date, being the first to let surfer guitar riffs bounce off the interior of your car, and dancing around your room donned in quintessential tube socks to 60’s melodies with 70’s transitions and perfected hooks are all epic moments that you can pseudo-have listening to The Vaccine’s Coming of Age [Columbia] (due out Fall of 2012). “Pseudo” because all these situations cannot really happen again (unless you buy tube socks) in our lifetime, yet anything coming close is something I refuse to take lightly. The sophomore album from the London group snaps you backwards in time, swirling through Woodstock and go-go boots, yet being conscious of everything that’s happened in music from 1968 to now.

From track one, “No Hope,” to “Lonely World,” you’re naming off artists left and right, and 95% of them were popular between 1955 and 1975. The professionalism and cleanliness clarify that you are listening to a band from 2012, and there’s no mistake they approached their old school sound with growth and evolution. I can’t picture them being obsessed with the time period, always wearing loafers and having an intense love for Marilyn Monroe, but rather finding their appreciation and musical inspiration from songs of such an era. It allows you to realize that as much as music is connected to a generation and a way of living, it doesn’t necessarily have to. This is the way I look at music, if I connect to it and there’s talent involved, I’m going to like it whether it’s blues, folk, or shoegaze. This doesn’t mean I’m going to wear Joni Mitchell t-shirts and only shop at vintage stores in order to match the ‘folk’ genre. The Vaccines are playing what they love and are absolutely fantastic at what they do.

Coming of Age is full of gritty, tight drums, guitar, and bass with vocals also being on the cusp of messy, but never breaching such a thing. Names like Elvis Costello, Jack Steadman (Bombay Bicycle Club), and Buddy Holly are the ranging influences I pick out as the album spins. Early 60’s soda pop songs “I Always Knew” and “Lonely World” are beautiful and longer than their two-minute predecessors of 50 years prior. Tracks like the two singles “No Hope” and “Teenage Icon,” which are a bit more upbeat and take care of the British Rock sound, possibly dabbling in the Sex Pistols angsty attitude (“Bad Mood”). No matter what foundation they have decided to focus on, there is so much more involved than just that one mentality. They have managed to include amplified extremes of each sound in an almost undetected way. This is a plus, for if they were forcing a “modern approach to 1970s tendencies” you would be able to call it out in two seconds and be completely annoyed.

As you continue listening to The Vaccines, the influences slowly fade from your mind as you take full ownership of them. This album is full of catchy, groovy tunes that are nothing short of a great listen. You want to be jamming to Coming of Age in a quiet room on (ideally) a record player, and with the next song you instantly wish you were in a bar with a cig in one hand and a Falstaff beer in the other, getting reckless with the best of them. To produce such conflicting feelings means that these guys are talented and know exactly what they are doing in order to get you to be idealizing the perfect moment to listen to each track.