A Good Ole’ Rave At the Bottom of a Rabbit Hole: CEO’s Wonderland 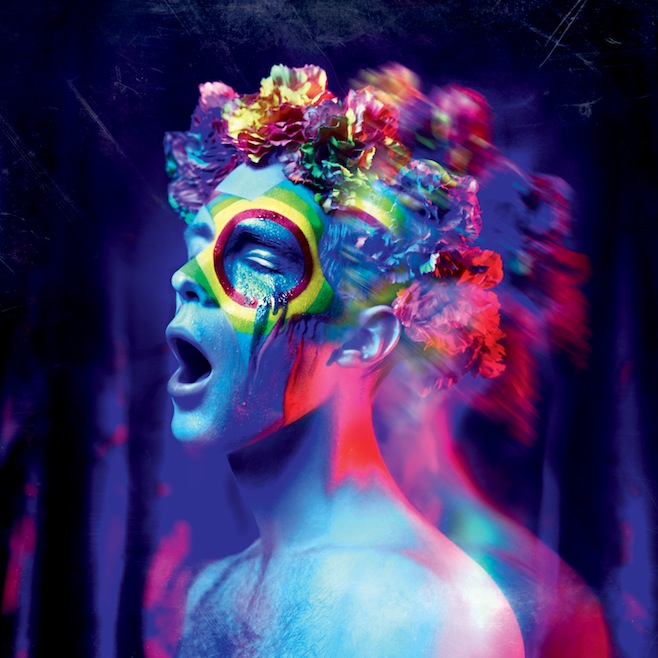 The Tough Alliance’s Eric Berglund decided to go off on his own with the creation of “CEO” back in 2010.  Songs were R&B infused with catchy dance beats surrounded by a shoegaze approach.  White Magic was likeable, a little out of the ordinary, but not necessarily splattering your ears with wonder.  Fast forward to 2014 and what we have here in Wonderland [Modular Records] (Get It Here) is the real, out on the limb, bombastic and full throttle elements you would expect to find in a Berglund creation.  Swarms of bizarrely accurate looping segments on top of delicious pop melodies overreach your expectations, if you even approached this album with any.

In Berglund’s Wonderland you are introduced and welcomed into a universe compiled of Roller-coaster pop flavored with fantastical elfish female voices set into a wide range of European techno meets 80’s dance and 90’s R&B.  There are a plethora of oxymoron’s here or pieces that could never be imagined as fitting together into pleasurable pop songs.  Yet, it works.  This album certainly goes into the deep, colorful mind of Berglund, probably letting more experimentation and creativity flow than on CEO’s previous tunes.

So it begins with “HARAKIRI” a Kanye meets Passion Pit elegant introduction, not necessarily tapping into the peculiar side of things yet, but just settling in.  Just when you’re so easily pinpointing the sound, your ears perk to the film/show snip-its that Berglund tends to use (Chelsea Lately, no?).  Then you remember, you’re not just listening to any artist here, this one’s pulling out all of the stops.   “IN A BUBBLE STREAM,” which sounds extremely relaxing, sort of takes you down this flowing path, though you are unable to fully let down your guard until about a minute in when the soothing choral, synthesized vocals consume your ability to be calm.  And in a continuous transition you flow directly into a Sigur Ros-esque “jUjU.”  Ever so peacefully in a shoegaze humming, you’re only slightly aware of the background looping vocals.  It’s in the fourth track, “MIRAGE” where a pop atmosphere reinserts itself with reggae and Bollywood beats.

“OMG” further pushes this envelope, sliding in an R&B element with exceptional layers.  My first thoughts were Imogen Heap especially with the singing dialogue, which personally is a bit unnecessary, but how else will you get to say “…and she’s like damn baby boy, I’m your realest fan.  So I’m like wam bam, thank you ma’m.” Personally, this is probably the least characteristic of lyrics, most are thick with multiple meanings and philosophical approaches.  “ULTRAKAOS,” is pretty much self explanatory.  Again, it absolutely works and has a catchy foundational melody that is actually very stable and another Jonsi-type song in vocal melodies and tinkering of notes.

Finally, the track you’ve had stuck in your head for quite some time now…”WHOREHOUSE.” (listen and watch above^)  As provocative as this single seemed to be to your virgin CEO ears previous to listening to Wonderland, at this point it just becomes more “party” than the others.  Those damn catchy fiery-like background vocals are borderline annoying, but soon enough…you’re attached to the nonsense.   You dance to it, and hate it, but by the end of the day you found love in a 4 minute song about a whore house.  Oh, the madness.  Probably my favorite on Wonderland is the title track.  The early 2000’s French techno beats are so lovely inside of this roller coaster ride.  How can you not want to be slathered in florescent colors and jumping around in a rave?  The Ramone’s “Gabba Gabba, Hey” like chipmunk vocal breakdown comes at just the right time before the bridge build up into an instrumental silence.

Wishing the album was called like “The Delineation” or something pretentious so that I could have fun with references to a magical world without sounding annoying and overused with the album title, is my biggest criticism.  It comes off too easy or forced when an album title tells you what’s inside.  Oh, well.  Besides this, I’m quite pleased and taken aback by the pop-y wonder involved and how all of these different components could fit so smoothly together.  Well, done.  And now my review is almost as long as Berglund’s Pitchfork interview.