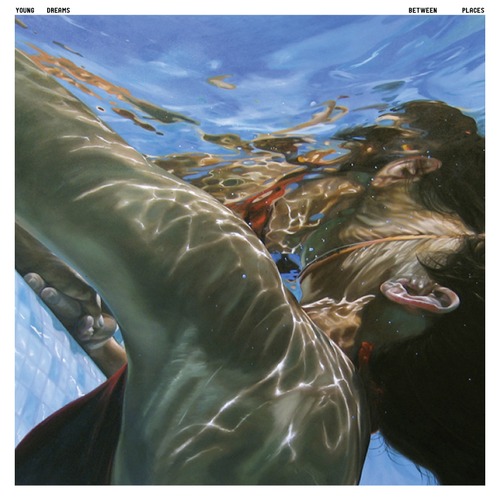 Adventurous and whimsical dings, violin strings delicately prancing on the backs of flirtatious wind instruments overlapped by gentle electro rock pop all led by six Norwegian gentlemen.  With vocals instinctively being of the Beach Boys’ nature (harmonic and pitch), a sense of Imagine Dragons in transitions and compositional build ups (“Dream Alone, Wake Together”), and a brilliant under layer of fantastical orchestration, Young Dreams are collecting inspiration from all the right places.

Lying lazily on a boat in calm waters, amongst magenta and lime green water-colored flowers bleeding over their once designated lines and warm rays of sun sliding through bulging puffy clouds.  Upon my state of absolute relaxation; a roll of drums, building percussion cast me into a futuristic 1960s world where dancing in go-go boots to “Through The Turnstiles” re-focuses my attention while the moon’s glow on the brightly colored petals enhances my realization of the sweet fragrance.   Going between these two rather pleasant situations in Between Places is neither a tugging nor one of confusion.  This delicate symphonic pop atmosphere welcomes you from the first note in “Footprints,” to the final in “Young Dreams.”

Young Dreams is able to take the most angelic of harp strings, keeping them both intact and allowing them their proper job of creating peaceful and beautiful sounds, while incomparably using synth and drums.  Captivatingly delicious, your ears are perking at every new and perfectly placed instrument.  The tracks all have a separate touch, allowing distinction – not just an instrumentation choice, but with the entire song having a glorified touch.   Harmonies (“When Kisses Are Salty”),  choruses (“Fog of War”), elegant eleven-minute masterpieces (“The Girl That Taught Me To Drink and Fight”), melodies (“Young Dreams”), among other specialized talents are the foundations Between Places dances upon before sprinkling over the sounds and elements that create the “Symphonic Trance Pop Psychedelia” genre they have crafted.

This album could be looked at as a modern take on Pet Sounds with a classical mindset. Yet, marrying the electronic with the symphonic happens in a quiet assumed way, rather than a focus on the experimentation.  Between Places pushes every song to its ultimate destination, never allowing a psychedelic moment to slip away or be under-used.   Focusing on electronic symphonies in pop delicacies unites the sounds.  Dreaming of imaginative artistic worlds, whether taking in beauty or relishing in the background while directing your attention to the pop beats and melodies, this album invokes creativity and fascination.