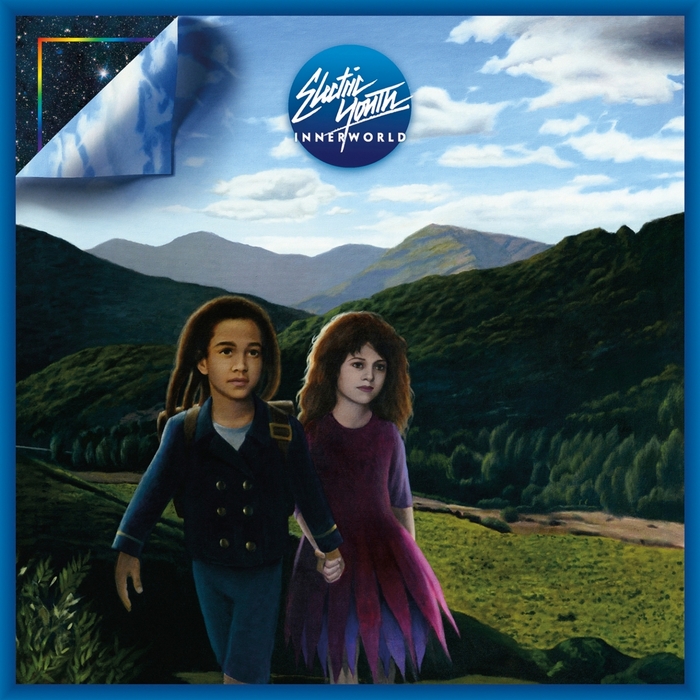 Synth pop has allowed itself, whether or not willingly, to slip into genres that it probably doesn’t belong, in minds that are incapable of delivering it with the proper attitude.  Yet, through the wind swept genre appears a duo that we recall from the Drive soundtrack (“A Real Hero”) and are courteously reminded of how synth pop should sound.  How it should make us feel, and whether or not like they want to admit it, the stage of timelessness is set and we could be in 1985 or in 2020, still making the same body sways and appreciating it the same way.

Electric Youth stems from the fated mystery of presently everlasting young love and have released their first LP, Innerworld.  The beautifully falsetto vocals of Bronwyn Griffin are as soft and flowing as synth pop females are supposed to be, yet so few are.  Ttracks like “All She Has Is You,” is delicately woven flowing along an eerie melody, bordering on creepy but never seeming to cross the line. It’s the darker whispery texture that sets the stage for this nighttime atmosphere.  Even the more upbeat tracks like “Runaway” and “Without You” are cast in a shadow while keying along on catchy choruses set to hearty synthesizer instrumentation.  Though I enjoy Griffin’s porcelain vocals, my favorite track would have to be  the instrumental intro “Before Life.”  The infinite nature that is pieced together key by key, instrument by instrument, inflates your soul leaving you weightless.  As long as you veer your eyes away from the album cover, which may or may not be created by your niece in her middle school graphic design class, this album is one to check out.

Innerworld has a balance of daintily textured atmospheric melodies and the mysterious futuristic synthesizer foundation.  Bouncing off one another your experience with these twelve tracks could either be obtaining peace through meditative reflection or the fading of twilight into a morning where the loss of structure runs like a current through your veins.  Some more than others touch either of these heightened states of self, but in all instances you don’t want to just be driving or just be cooking, Innerworld requires more from you than that.