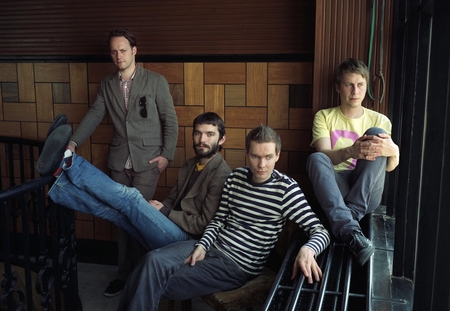 Reigning from Iceland, Sigur Rós stands in a league of their own.  They bring a lustful and ethereal sound that is truly music you can feel.  They fall in the genre’ of Post-rock and ambient along the lines of bands like M83, Radiohead and Explosions in the Sky.

The band was named after the lead singer Jónsi Birgisson’s sister “Sigurrós” (a common female name in Iceland) which means “Victory Rose”.  Story has it that the band was formed on the day she was born making this story improbable as much ridiculous. (A positive ridiculous I might add)  You might’ve heard them in Vanilla Sky, Queer as Folk, The Life Aquatic with Steve Zissou, Discovery’s Planet Earth or maybe as a backdrop somewhere during The 2006 FIFA World Cup. 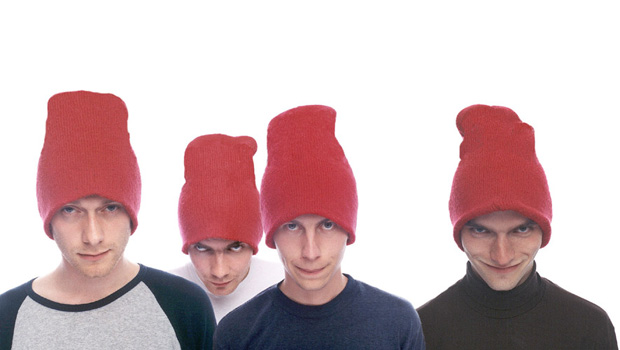 Whats the secret?
The lead singer, Jónsi, sings in a haunting falsetto vocal.  They use bowed guitars (think violins, but electric guitars instead).  They very rarely sing in English and sometimes in a language that isn’t real other than its phonetics.  They crescendo with the best of them, perform fearlessly at historic venues and have delivered not one, but two epic DVD’s (Heima and Inni) to a devoted fan base that covers all seven continents.  Shows are often mixed in 5.1 with swarms of people watching the band sitting indian-style in front of the stage.  They are rich in nostalgia, production and are as important to the world of music as any band to surface in the last 30 years.

Where do you start? (for those who’ve never listened before)
The purists might disagree, but I think their third album titled “( )” is their best album.  This is not a typo. The album is actually “untitled” and all eight tracks are “untitled” as well (names were added later). There is not one word of English or any other real language on the album.  Sean Adams of Drowned in Sound put it best. “( ) [is] yours to discover”

What’s up next?
Valtari [XL Recordings] Due Out May 29th (U.S.) iTunes Pre-Order

Sigur Rós has flat out converted the spectrum of music we listen to today.  They’re bridging the gap between classical, ambient, rock and pop music.  They encourage you to listen and find comfort, even if it only lasts for six minutes and thirty-three seconds.

special thanks: Consequence of Sound for our main picture and Sigur Ros (.com) for the 2nd picture.