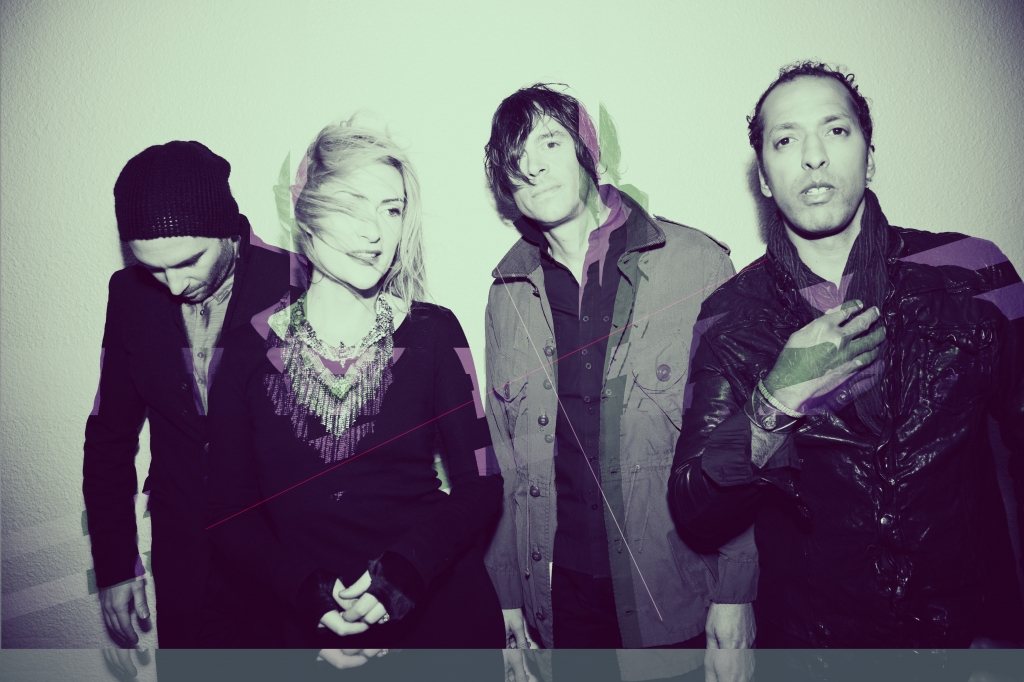 Metric, is one of the most important artists to come out of Canada in the last 20 years. Founded in 1998, in Toronto, the 4-piece band has grown to be quite formidable during their independence.  They release all their material through their own label [Metric Music International licensed to Mom + Pop], they tour ferociously, have songs in some of the biggest movies and released a glorious album in 2012 titled Synthetica ($5 on Amazon).

A combination of talent and hustle (I’m sure a bit of luck too) have made Metric a reality.  Emily Haines on vox, synth and guitars, guitarist James Shaw bassist Joshua Windstead and drummer Joules Scott-Key round out the lineup.  Emily has a solo project (click above Emily Haines link) and is a part of Broken Social Scene, she’s also been featured on tracks by Tiesto and Stars, who is also a big part of BSS, while Scott-Key and Winstead have a side-project called Bang Lime.

Amazing musicianship, dedication to their craft and powerful melodies.  While they don’t have major radio success, they make up for it in sync license department as they’ve been featured in such films as Twilight and Scott Pilgrim vs. The World.  Emily Haines has a timbre that is unlike anything out there.  A pure and rich female vocal that needs little help sonically.  Its quite impressive what they’ve accomplished from their roots.

Two part answer.  I first heard of Metric about 5 years ago.  “Gold Gun Girls” was the first single that caught my ear.  I’d start with Fantasies because of the two singles “GGG” and “Help I’m Alive”.  Maybe because its fresher, I believe that Synthetica (read Charissa’s review here)  is a better overall album.  They have a couple singles that are not on albums that are pretty great too.  Don’t miss their song on the Twilight soundtrack titled “Eclipse (All Yours)” which is in my personal top 25 of all-time.  Ok maybe a four part answer.  They have so much great material.

Synthetica was released back in June.  They’re touring the U.S. and Canada until the middle of November.  Emily just released a pretty cool blog post and the future is very bright for the indie veterans.

special thanks to ilovemetric.com and Justin Broadbent for the photo.