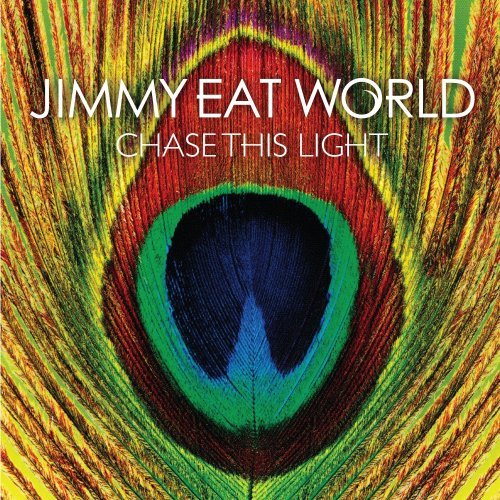 Ever have one of those good friends that you always pick up where ever you last left off, whether it was 2 weeks or 2 years ago?  Jimmy Eat World does that in a band-kinda-way.  I’ve been on their bandwagon since 1999.  Strangely, I was introduced to Jimmy Eat World by Mark Hoppus (Blink 182).  He mentioned Jimmy Eat World’s album “Clarity” as a new favorite in a random conversation we had in Asbury Park earlier that year.  The lead track “Table Under Glasses” hooked me for life.

I was able to get on the train early enough to go back to their emo-ish days which was encompassed by their first full length Static Prevails.  An epic album in its own right and a much unrefined look into Jimmy Eat World.  From there its been all downhill for the fans as they hit mainstream success with Bleed American and have been releasing quality albums every two to three years.

I’ve seen them live a bunch of times.  Saw them in their hometown of Tempe, Arizona in 1999 and also on their Jets from Brazil tour in Somerville, Massachusetts somewhere around that time as well.  They’re super live and have a deep catalog of tracks they can perform. 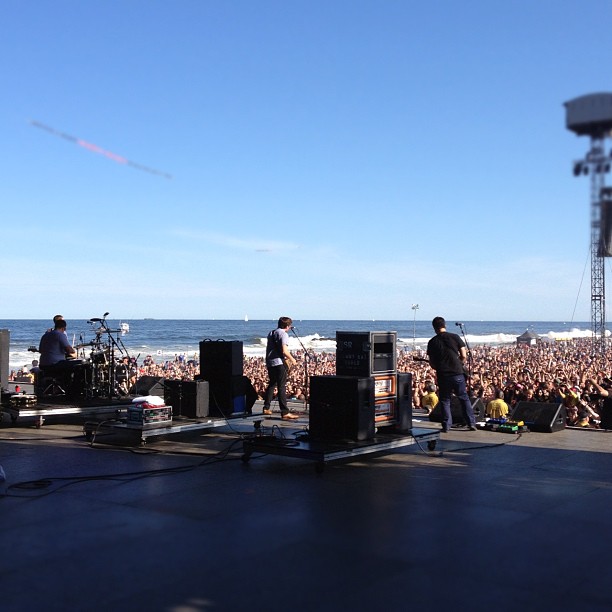 Jim Adkins.  Although the core band has hung together, he is the producer and main songwriter of all things J.E.W.  He’s a multi-instrumentalist and epic lyricist.  He’s got a guitar collab with Fender, has released somewhere in the neighborhood of 100 songs and even has performed with Taylor Swift.  This is just a short list of what Jim has done in the music industry over the last 20 years.  They’re one of the few bands to get dropped by a major (Capitol) and persevere back to mainstream success.

Although this hurts me to pick just one, because each album is a time warp, I’d have to pick Bleed American.  You’ll be able to find Bleed American (Deluxe Version) or as a re-titled Jimmy Eat World.  This was done as to not misinterpret the September 11th attacks around the 2001 release.  The deluxe version was re-released in 2008 with the original title.  The album is filled with singles “Bleed American”, “Sweetness”, “The Middle” and the epic ballad “Here You Me”.  They have a great story and are one of the best alternative rock bands from the U.S.  You will not be disappointed by the amount of great material they have in their catalog.  It goes much further than just Bleed American or anything you can find digitally.  They have many b-sides, out of print stuff and live records to fuel your passion. Keep listening (and searching).

These blogs aren’t written with any timing in mind, they’re written when we re-stumblin on what we think is an Amazing Band.  Just out of luck, when preparing to write this, I read that they’ve completed their next album and are in the middle of mixing it.  They announced the album will be co-engineered and co-produced with Alain Johannes (Squeeze, Queens of the Stone Age, Chris Cornell) and released sometime in 2013.  Any day now we should be getting official release date.  (my guess: May of 2013)