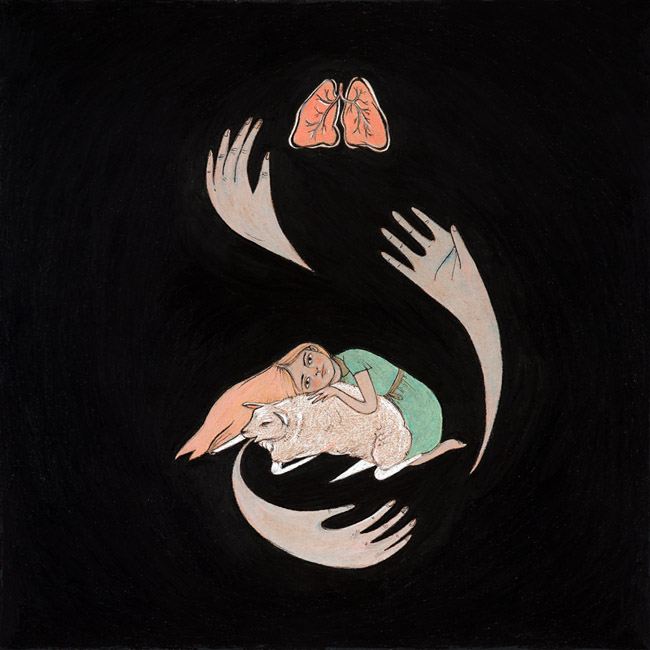 We have been waiting since January 2011 for this. The second Megan James vocalized Corin Roddick’s beats creating “Ungirthed,” there was an instant need for more of whatever they had just done to set the synthpop world on fire. A year and 6 months has passed and we now have many more tracks with this same level of astounding trippy-ness. No other track hits you the way “Ungirthed” does by the first listen, but that is an unbelievable high standard. Yet, they all are at the same level with the power they possess and manage to get across in one way or another.

I had fallen in love with “Ungirthed” (I have mentioned this track three times in the last 100 words – you should probably listen to it at this point) when it was first released, and then forget about the band since with other bands barraging my ears and the large gap inbetween. When I was informed that their new album was out, I knew they sounded familiar, but couldn’t quite place them. The second I heard the clap and xylophone synth notes I sort of lost it (you can ask Matt). My excitement went on a brief hiatus when I realized that if the other songs were not as good, I was doomed.

Making sure I was not roofied was probably my next reaction. This album sends you into a sea of majestic synth beats and composition. There’s a stream of hip hop that flows throughout many songs that you only hear if you’re paying close enough attention. You know you’re moving as if you were listening to Drake (which I don’t…so, I’m assuming that’s how you would move if you were to be listening to it), but yet you’re not anticipating any hip hop attributes. This ocean of dreampop is also filled with waves of mellow ambiance that are constant and glorified. These two components combine together in such a way that you feel an out of body experience, or at least one where you forget about cable bills and having to pack your lunch for tomorrow.

More on the slower side, Shrines doesn’t tackle your appreciation with upbeat giddiness and fun energy. What Purity Ring does do is draw you in and holds your unwavering focus with the journey their music takes you. Slow and steady, moments of purity and then of darkness all composed with catchy beats and melodies. James’ vocals are unpredictable at times and enjoyable to listen to indefinitely while Roddick creates a unique sound for each track while maintaining this euphoric ambiance. Shrines is a wonderful way to start a career for Purity Ring as their first album, setting a confident tone not only for themselves, but also for the world of synthpop. This is something artists are going to be trying to aim for when creating a well-constructed, beautifully flowing album.