An Explosion of Independent Female Subtleties: Ingrid Michaelson’s Lights Out 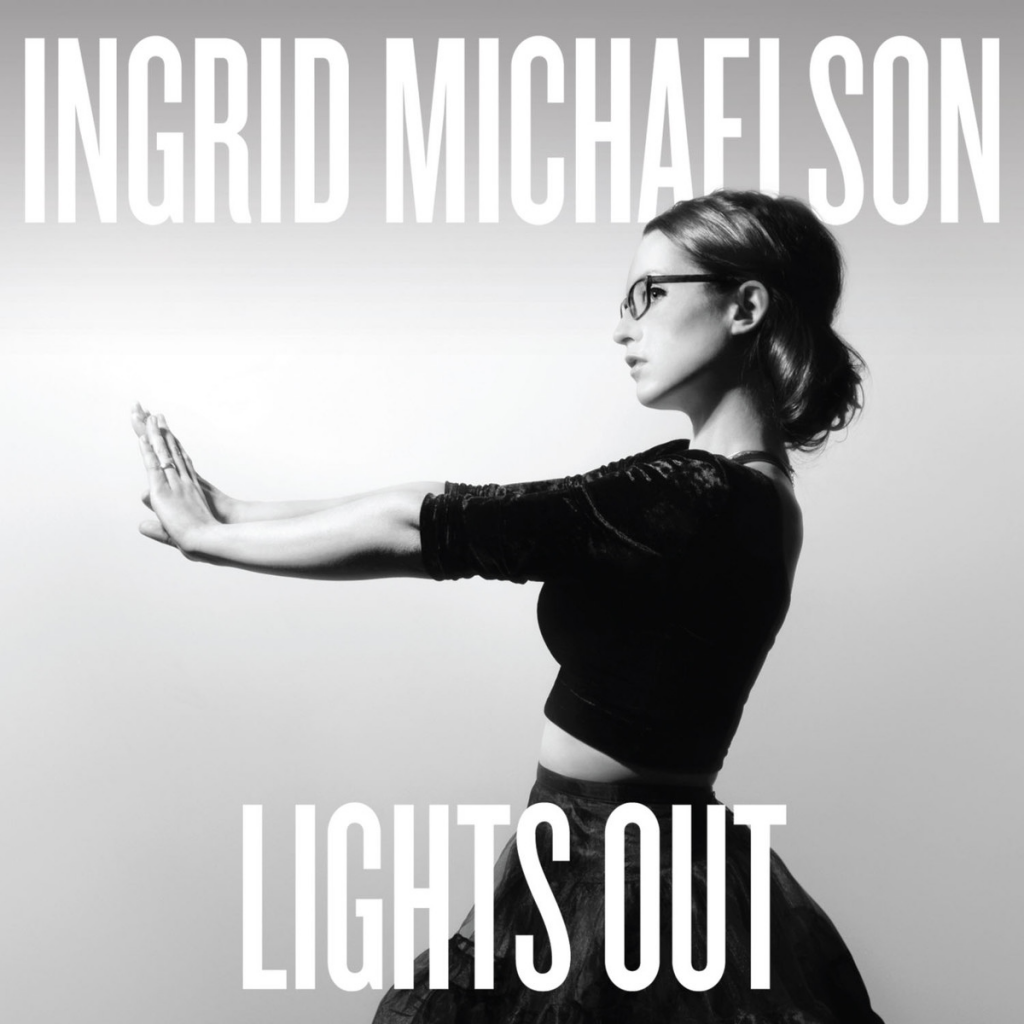 “Girls Chase Boys” pulls you in fairly quickly with its simplistic descending piano melody and just as simplistic but equally cheeky and fun vocal melody.  The verses especially strike my fancy as Michaelson’s vocals swirl so easily from the top to the bottom of her range.  Just “checking out” the rest of her sixth album I found myself going back to the fourteen songs during the start of my spring vacation.  The multitude of catchy melodies that all individualized themselves was impressive, from the slower ballads to upbeat foot-tappers, I was on the Ingrid Michaelson train.

Michaelson’s voice isn’t the most unique.  It does have a deeper base (without going all Lana Del Rey) that we don’t much hear in the pop world.  However, that’s not what does it.  Rather its in her effortlessly  transitioning her range throughout melodies which allows your attention to stay fixed to the movement of the song.  Of course, that’s what all great singers are supposed to do, but having this ability and using it naturally and not forced is a pleasantry to one’s ears.  Because she can travel so fluidly in her range, staying ears perked and breath held, you’re conscious of her every move.

Often notable vocals can trump catchy melodies, but the fourteen tracks on Lights Out are filled with great sing alongs where you’re wanting to stomp over those who have doubted you with stilettos and a pair of schnazzy eyeglasses (“Afterlife”).  She instinctively spreads the independent and confident woman charm whether or not that’s even the meat of the song,  Take “Warpath,” how could you not want to appropriately Willow Smith along to the chorus and wish for that one moment you had black leather pants.  Clapping along, you easily fold into character, nevermind the fact that it’s one of the most submissive tracks.   Michaelon’s slower tracks fan out from darker landscapes (“Handsome Hands”) to emotional lyrical [“Ready To Lose (feat. Trent Dabbs)] where along the spread appears a Fevers-esque “Open Hands (feat. Trent Dabbs).” All extremely delicate and soft with a wide range of emotional outputs attached.  Actually, now thinking about it, I can picture this entire album being performed by dancers with different specialty backgrounds, wouldn’t that make a lovely show?

As you noticed, there are a few guest singers on Lights Out .  Trent Dabbs, a singer-songwriter out of Nasvhille is featured on two tracks and the brains behind “Girls Chase Boys.”  Chris Martin-esque vocalist Mat Kearney also joins Michaelson for “One Night Town,” and he remains on my list of artists I know from somewhere, but I can’t quite put my finger on where.  Releasing his own album ( I Was Going to be an Astronaut) this year, Greg Laswell softly provides the other half of a duet on “Wonderful Unknown.”  Of course you’ve heard of the infamous duo, A Great Big World, where in this case you can actually hear Ingrid’s vocals, unlike their “Say Something” where the fact that Christina’s name is included as an artist is pitiful.   Last but not least, Storyman closes out the list of guest appearances and will accompany Michaelson on her upcoming tour.

If there are any criticisms, they lie in a track that has such wondrous potential.  “Time Machine” has so many great qualities; trendy hooks, the brief pre/post-chorus horn fad, piano-solo-into-strings bridge, even a stomping/clapping transition into the final chorus.  Okay, so you probably see the problem already.  There are too many good things going on here.  In some cases, there is too much of a good thing.  This one song, should be broken up into two and the best part (the horns, obviously), should take an exaggerated role.  If I could rip apart and put back together this track, I would in a heartbeat, and Lights Out would certainly be closer to the top albums of the year.  Besides my personal frustration with this one track, I can compensate with the other wistfully emotional and heavily we are women songs.