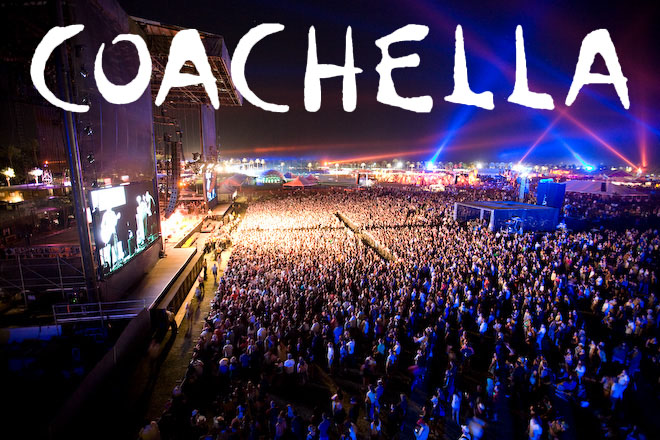 It’s hard to say who I am most excited to see this weekend at Coachella with so many talented and entertaining artists on the bill, however, there are a few that have been standing out as top contenders on my list:

Wild Belle – The brother sister duo whose debut album Isles was released last month on Columbia Records.  I love their style, both musically and in terms of how they present themselves.  Im intrigued by the video for “Keep You” and excited to see what they have to offer live.

Grimes – Claire, my love.  I don’t understand why people hate on her as much as they do, the girl is mad talented, bad to the bone all around.  Check out her video for “Genesis” from 2012’s Visions (4AD/Arbutus) and see for yourself.

How To Destroy Angels – As a long time NIN fan, I’m super excited to witness Trent in a new light at his debut live performance with Mariqueen Maandig, Atticus Ross, Rob Sheridan and Alessandro Cortini.  Let’s hope the wifey is more entertaining than her less than sub standard recorded vocals on the new album Welcome Oblivion released last month via HTDA.

Alt-J – I was a little late stumbling upon these amazingly talented dudes from Leeds but better late than never.  Each time I listen to An Awesome Wave (2012 Infectious Music Ltd.) I’m blown away by the the unique and diverse sound that they emanate.

Sigur Ros – I usually fall in love with a band by listening to them in my car and seeing them live.  This did not happen when I first started listening to Sigur Ros’ 2012 Valtari.  I didn’t necessarily dislike it, but I didn’t feel the connection.  It wasn’t until I watched the video for “Brennisteinn” that I felt any sort of understanding of who the band is or what their music is about.  I’m hoping that my Rigur Ros experience takes me to the next level so that I can leave Indio a true fan like Matt.