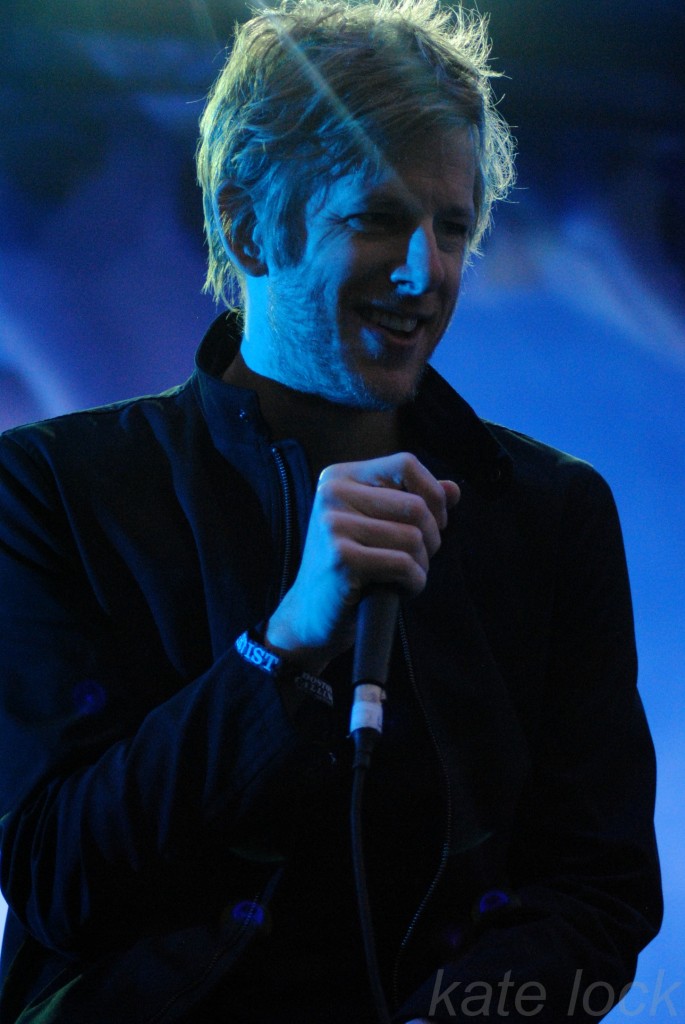 What we know for sure about Boston Calling:  One, they never cease to make improvements on the experience while not messing with those factors we love about the festival and Two, the weather sticks up a middle finger at least one out of the three days.  It was for this latter common occurrence that resulted in attendees, staff, and artists seeking shelter at the warnings of a tornado on day two of the festival.  Fortunately, I was unable to make this day and was saved from the queasy stomach and worry that such a situation would inevitably deem.  However, in my search of how everything was being handled and the safety of all, Twitter users were sharing either the disappointment of waiting to see Lorde or their welcoming of festival goers to their cousins apartment nearby, etc.  Not sure if you’ve noticed this or not about social media, but typically if there’s something negative that happens it’s usually that negative that is shared.  Therefore, it became my understanding that the way the situation was handled by all of those in charge of getting people to safety was done with efficiency and respect.  For if things were handled inappropriately, or scrambled, that would have been all I found on Twitter.  I find this very rewarding for a downtown city festival to be successful at their first emergency type of situation.  Needless to say, no tornado touched down and all was clear minus some slight wind damage (at the festival any ways, other parts of Massachusetts had greater damage).  The most amazing part was, when I went the following day, there was virtually no word of it by the crowds.

Now about those improvements…Samuel Adams included their Octoberfest additions to this fall event.  They had Sam Adams beers stations set up around with pre-poured drinks just waiting to be purchased and consumed.  There also was the inclusion of a lawn area that I of course didn’t realize until I was leaving the festival (yeah, I know).  There were modern lounge areas, giant games of jenga, artistic structures, and screens showing the video feed of the live bands.  This of course was nestled after the food trucks that offered delicious meals from the previous festival as well as some newbies.  On the safety side of things, the check-in was also a little more secure for media, as our IDs were checked this time, which felt more secure.

As for the reason why I went in the first place, the music was excellent.  The combination of artists that rocked the stage on Sunday were phenomenal.  And even coming from the point of view of a diehard fan to a few of the bands, it was in the eyes of those who hadn’t experienced the bands before that confirmed my notion that this was an epic line up.  My goosebumps seemed to explode after twenty one pilots’ “Trees” concluded and my recovery wouldn’t begin to take place until after hearing and seeing the euphoria of first time observers.  Male and female, young and old, everyone was in disbelief at the intensity of that incredible duo, and to think that they hadn’t even experienced one of their more personal shows.  The festival also brought the Matt Healy/The 1975 maniac teenagers, which was something in itself to be bombarded with.  I mean, he didn’t disappoint with those vocals and guitar solos, but he also seemed to be proving that his band was of the genius side and they made sure to heighten the bar on each of their songs so that my “I love this one live!” just became the summary of their set.   My favorite unknown-to-me band was Lake Street Dive who was having a blast on stage, while Scarlet Johansson/Jessica Biel look alike lead singer Rachael Price crooned away with her soul melting vocals.  I also enjoyed the performance of San Fermin with the in sync and energetic nature of the horns and other instrumentation.  Besides my lack of interest in the male vocals, I would say this was a band I’d take away with me from this experience.

This past Friday (9/19) Boston Calling announced their presale $110 for a three day pass, which has already been sold out.  This only means one thing…we’ll be hearing their Memorial Day artist announcement in due time.  This also means that the running of artists I’d like to see perform will begin in the back of my head, and as in the past, more than half of them will be on the list.

Check out some amazing photos from the festival brought to you by: Kate Lock.  CLICK HERE TO SEE THEM ALL! Featuring some of our favorite artists here at killing the cabinet including twenty one pilots, Spoon (P.S. that’s Britt in the featured image), Lake Street Dive and The 1975!

TAGS: BAWHSTIN, Red Sox suck, Now I Can’t Hear You, I wonder if Alt-J will be at Spring Boston Calling, Ty Locks!