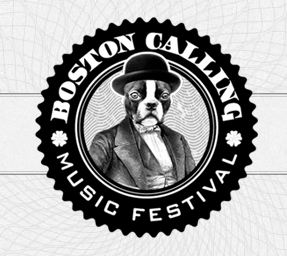 Last Memorial Day Weekend, I knew exactly what I would be doing months in advance.  No cook outs for this girl, I was headed to Boston’s first music festival.  Amongst the significantly below average temperatures and pouring rain, my plans were never deterred, for the line-up consisted of bands I was not going to miss.  Some of which I had seen before (fun., Young the Giant, Of Monsters and Men) and others I had on my must see list (MSMR, Matt & Kim, Youth Lagoon).  In fact, there were so many artists I planned on watching, anxiety rushed through my veins as I realized you had to pick and choose, since going back and forth between stages was close to impossible as crowds had stationed their grounds for some time.

This Memorial Day Weekend, I also know what I’ll be doing.  Returning to Boston City Hall Plaza to sing, dance, and re-energize my soul along with the throngs of other music buffs.  Yet, this year it will be a bit different.  The headliners are quite satisfactory; Jack Johnson (Friday),   Death Cab for Cutie (Saturday) and Modest Mouse (Sunday) and those directly preceding; Edward Sharpe and the Magnetic Zeroes (Friday), The Decemberists (Saturday, eh), and last but certainly not least by any means imaginable…Brand New (Sunday).  Yet, it’s those that will be playing throughout the morning and afternoon Saturday and Sunday that I pretty much have never heard of.  Last year, it was in those bands I was most excited to see for we had covered about three quarters of them on our here before even knowing they’d be on the list.

Some research on these 2014 baby bands (including those who seemed to have slipped through my fingers) is absolutely required.  I will also have the opportunity to be introduced to something magical that I had not been expecting, and that is one of the greatest parts of seeing live music.

So far my research has locked me onto Ontario five-piece band Walk off the Earth.  A blissful blend of OAR meets The Mowglis, I’m enjoying my first listen of their 2013 release R.E.V.O.  A multitude of instrumentals storm through each track and the upbeat care-free nature poses for a pleasant reaction.   You know how sometimes you hear cheery tracks and then after watching a lackluster video you feel spited?  No worries here, this bunch brings a heavy good feeling vibe for sure as seen in their “Summer Vibe” video.  Don’t even try refusing the automatic transportation to an imaginary beach.  Walk off the Earth seem to be knee deep in a North American/European tour this spring, making the crucial stop in Boston.

After participating in the essential SXSW experience, the next band, which evidently is from my neck of the woods, has a killer single that rings on the fresh and unique sound we all long to hear.  Magic Man’s ”Paris” feels like something you would hear from a band three years in the post initial EP  stage (as a settled five-piece grouping that is).  Yet, this Bostonian quartet delivers the professionalism and knack for completeness in their first EP as a whole, invoking the pop-ish sound you hear on You Are Here.  Their internet broadcasted Real Life Color that Alex Caplow and Sam Vanderhoop Lee created three years prior (2010) is that obscure basement synth pop, that I personally find intoxicating.  However, branching out and adding members, they have become a majestic synth pop band gearing up for Boston Calling among other shows throughout the Americas into the Summer opening for Panic! At The Disco.

Charming Jenny Lewis is the final artist that has gotten my attention on the earlier side of Saturday.  You may have heard “Completely Not Me,” her most recent endeavor with Rostam Batmanglij (Vampire Weekend) for the HBO Girls premiere in early January.  More on the experimental side than her previous ballads on 2008’s Acid Tongue, I’m intrigued to hear where she’ll go with her music on her upcoming 2014 release that should be hitting our ears at some point this year.  Memorial Day Weekend will suffice for my anticipation and I’ll make sure to let you know where music has taken Ms. Lewis.

Sunday is sure to be filled with similar artists housing interesting backgrounds , catchy tunes, and anticipated releases.  That research will begin shortly…