In the Zone: LA’s Rene Brown is Chasing the Dream & Changing the Female Rap Game 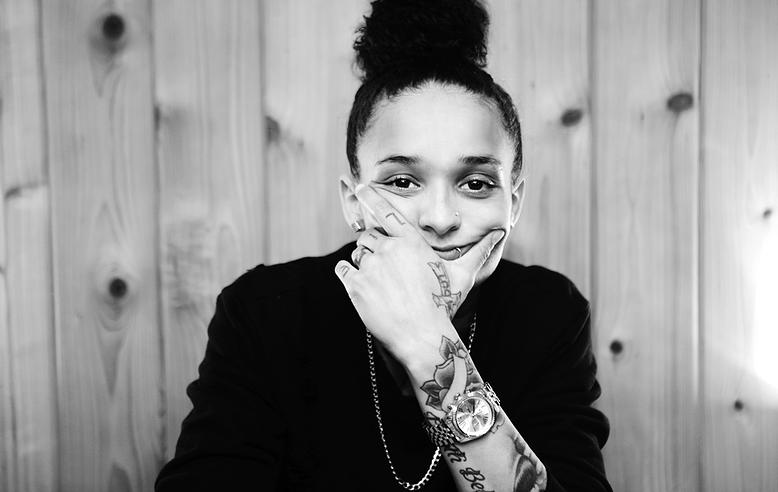 She’s an unsigned MC from Mississippi, living in LA doing things her own way and she’s literally just getting started (she has 598 likes on FB people).   Rene Brown squashes gender identity and unapologetically lays out the often times harsh truth from her perspective.  Her verses are doused with passion and intensity, but the optimistic kind.  The hardships in her life – growing up in the projects, being raised by a single mom, facing discrimination on a multitude of levels (gathered most of that from lyrics, assuming it’s the case) have allowed her a unique artistic freedom.  Unlike many artists in hip hop, she’s been though some tough shit, but she’s not bitter about it.

Check out her freestyle on Future‘s “Commas” here.

Her androgyny is a part of the appeal: super cute and youthful with delicate features and an innocence in her eyes, yet she’s covered in tattoos and dresses more like a dude than a 20 something girl.  She’s intriguing stylistically, both in her flow and in her image.  She’s got swagger and a down to earth persona, but she’s hard AF.  She’s also a military chick and recorded her first track, “Home,” while deployed in Afghanistan.

I love to see women in music succeed, especially in hip hop because it’s traditionally a scene dominated by the guys.  But most female rappers today have specific tones and nuances that are displeasing (okay, annoying) to the ear (Nicki, Iggy), especially if you’re listening to an album or a few songs back to back.  Rene Brown’s subtle range and simple style is much more approachable sonically, similar to some of the old school ladies who once dominated the game (Eve).

No tour dates seem to be routed as of yet but she’ll be at Zanzibar in Santa Monica this Sunday and that’s my HOOD so you will definitely catch me there!

Her EP The Wave comes out this fall.

Thanks to Beth at Danger Village for sending her my way!