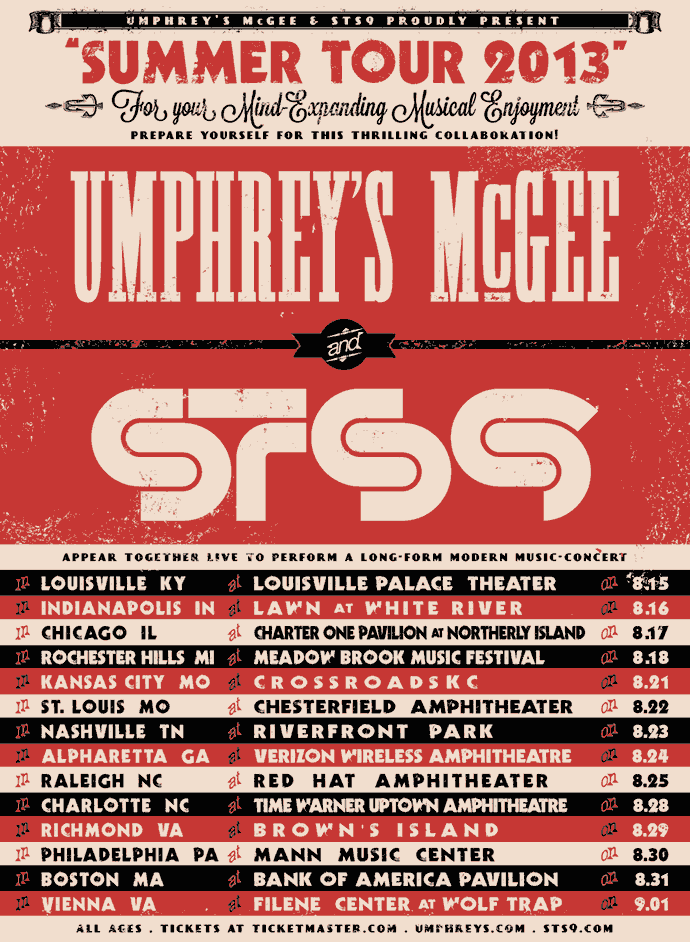 This summer, the fad seems to be sharing the stage with artists of the same caliber, with a great number of co-headlining tours recently being announced.  Whether you prefer electronic, pop, country, hip hop, or classic rock, theres a major tour headed your way with collaborating headliners.  One great thing about having two major acts playing together in one evening is that fans of one band are able to experience another that they may not have originally gone to see, enlarging the fan base for the lesser known artist and opening the concert-goer to new music that they otherwise may not have ever gone to see live.  The downfall could be a shorter performance time for the band you really came to see, depending on how the tour is set up.  With bands like STS9 and Umphrees McGee that are known to play late night sets and longer shows, you will be more likely to experience two full sets, quite possibly in two different locations as they have done before.  On the other end, a stadium concert with artists like Miranda Lambert and Dierks Bentley might not give you as much one on one time with whichever of the two you prefer to see; however, you will most likely get the opportunity to see them perform together, similar to Jay Z and Justin Timberlake’s show where a number of songs will have both on stage at the same time.  Here are some co-headlining tours this summer: