Completely Immersed in SOAK – I’ll Take That Shaken, Not Stirred 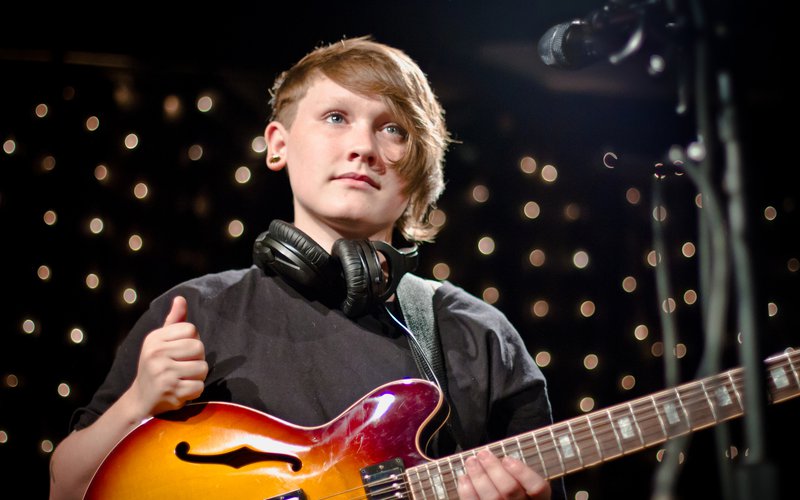 Opening credits of James Bond movies are unparalleled.  You could catch a ten second glimpse and know a 007 is about to unfold… you could hear the track to the first ten seconds and also know you’re about to watch something iconic.  Never mind the pros or cons of such a franchise, but the common knowledge that everything has to be just so in order to fit such a long standing stigma.

The first time I heard SOAK, my initial reaction was, “This sounds like something that could be in the opening credits of a James Bond movie.”  Have I ever had that instantaneous thought about a song before?  No, I have not.   This twenty-two year old artist from Northern Ireland has the level of perfection, elegance in execution, honesty, and the unexplainable “it” that has catapulted her into the realm of Bond.  The track of mention is “Everybody Loves You,” which on the surface has the qualities of a classic ballad with delicate and whispery falsetto vocals, and when you wade in further, you hear and feel such a heavy stream of raw emotion ending the song in an ironic twist… much like a mystery.

We’re all thinking, easy one-hit-wonder track.  Where would one go from here?  Her response would be “Knock Me Off My Feet.”  Not at all a ballad, why try to outdo something that was done so marvelously?  Instead, let’s tap some toes and send you in a whirlwind of 80’s vibes with vocals that are never trying hard to be anything besides gentle and honest.  Three minutes of a song you feel like you’ve heard before, but not with vocals and a way about it like this.  It’s almost as if she drank a potion concocted by goddesses and gods to bring the world together.

Okay, so a two-hit wonder.  No, she’s not.  Seeing the title “Valentine Shmalentine” my heart began grieving assuming this was the end of my love for SOAK (how easy I am to accept disappointment in new artists).  That thought left rather quickly as the track began.  I can’t even tell you which song I love most, they are all different and all beautiful in their own mesmerizing way.  She makes you feel every single thing she has felt when living through, creating for, and performing this segment of her life.  Now, this connection has happened before with other artists (i.e. Adele, Now, Now) and their fans, but I haven’t been able to get into it as much as I am able to SOAK.  For some reason, Bridie Monds-Watson has climbed into my soul to search for what I need musically to make that connection on multi-levels.  Her latest track is so gentle with transitions building everything up so subtly and the drama is so vivid that when settled again into a soft abyss you fully appreciate being taken back down again.