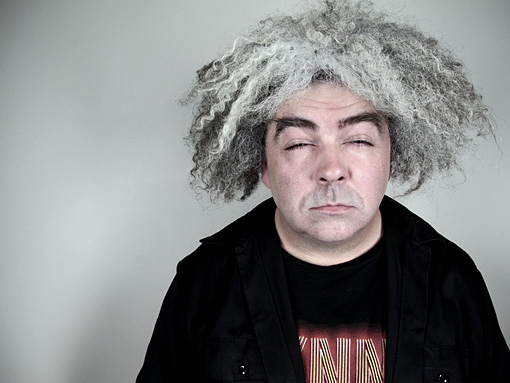 Buzz Osborne aka King Buzz of The Melvins is stepping out for a solo project, kicking off 15 dates of unplugged and acoustic original material (and a few Melvins’ songs as well) at The Satellite in LA on February 26th. Check out the first single “Dark Brown Teeth” from his upcoming album This Machine Kills Artists [Amphetamine Reptile Records] which teeters on the edge of a lightweight Melvins’ tune, a bit less noisy and much more easily digested. I’m looking forward to next week’s performance, it seems like it’s going to be a breath of fresh air to see such an experienced and eccelcitc artist take on a new avenue of musicianship on his own for the first time.

Here’s a little tidbit of info for ya: Osborne once dated the late Shirley Temple’s daughter, Lori Black, who played bass with The Melvins for a short period of time. He has said that Temple was also an amazing drummer but was scorned by her mother  and forced to quit for being “unladylike.” Osborne and Lori Black were also close friends with Kurt Cobain, whose music was known to be inspired greatly by The Melvins.

This is a Scion Rock Show as well so it’s a freebie if you rsvp via www.scionav.com/rockshow. Do it!!