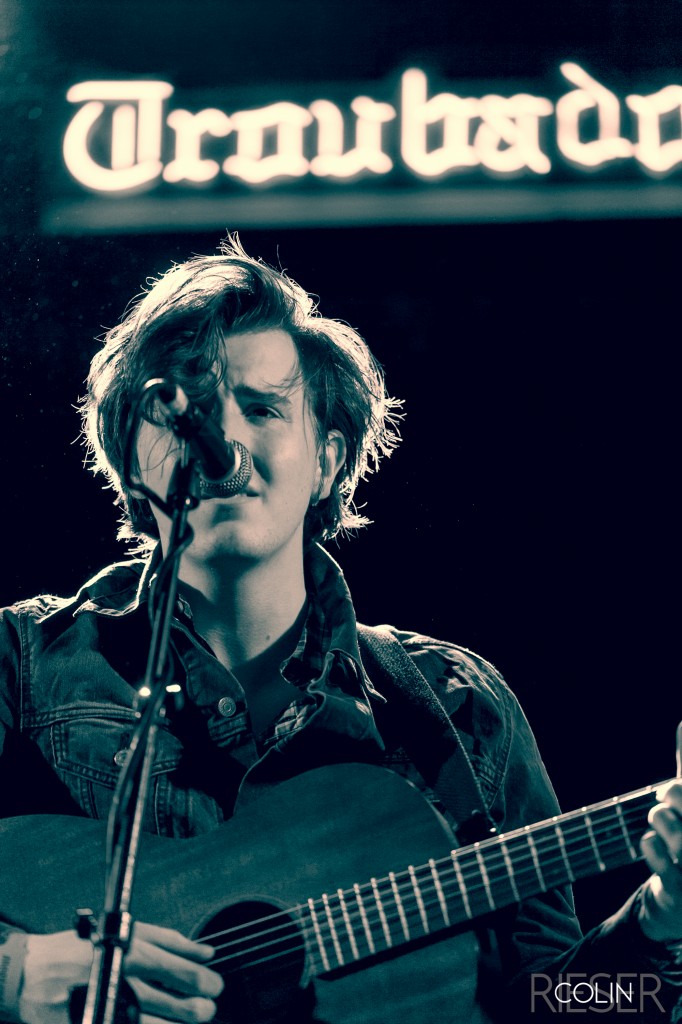 We source for the best of the best of what’s Up Next here at killing the cabinet.  One band from Glassnote Records that has really grabbed our ears and hearts recently is Little Green Cars.  I got to catch them early on Sunday at Coachella (Weekend One) and unfortunately (or fortunately depending on how you look at it) we had a scheduling conflict that took us out to the Vampire Weekend show in Pomona at Fox Theater, otherwise all of ktc would’ve been at the Troubadour.  Our photographer, Colin Rieser, flipped out and said the LGC show was amazing!  Our east coast writer had a similar experience at their show on March 23rd at The Met in Pawtucket, RI.

The conclusion of a raunchy guitar solo finalizes The Silks’ long-hair-six-pack-gritty-vocals southern blues performance and allows the ignorant audience a bucket full of surprises when the quintet of underage Irish lads and lassie take a reserved stand on stage.  Harmonies of mass proportions calm the most intoxicated of audience members, sending a chill down your spine with the blast of acapella goodness.  After a slow-tempo beginning, * let us know it wouldn’t be for long and the guitar melody perked our ears as “Harper Lee” began.  Moving the crowd, with an easy to join in “Oooh-ooh-ooh” and displaying the colorful harmonies they’ve perfected.  They held interest among the many different music lovers and though there was no jumping around or much movement from the individual Cars, they never inflicted boredom, for their vocal talent kept your interest.  With no facades or over-production, the performance was a reflection of the quality of Absolute Zero.  “Big Red Dragon” held you captive and delivered a colossal song for a live show, much better in person than on headphones type of track – especially due to dancing abilities.  Of course, the last song of the night was “The John Wayne” and though the crowd was small, they were quite antsy and excited for this moment.  The quintessential drums began beating, screams and applauses of excitement breached.  Who knows how many people were singing, whether the quintet or the entire audience is unsure, though it certainly felt like the entire building was all sharing in the plethora of heartbreaking emotions involved with the song. “It easy to be alone, it’s easy to hate yourself when all your love is in someone else.  It’s easy to take it all, it’s easy to give it to when there’s more people out there to love than people who love you,” ripped your heart out in echoing of response.  Not in sadness, but in an empathetic – I have felt that before.  The last chorus ended, guitars were unplugged, and a throbbing need to hit a ‘repeat’ button surfaced.   “The John Wayne” unleashed a raging force, ranking it one of the best live song experiences I’ve had.

Little Green Cars with Night Terrors of 1927 at the Troubadour: 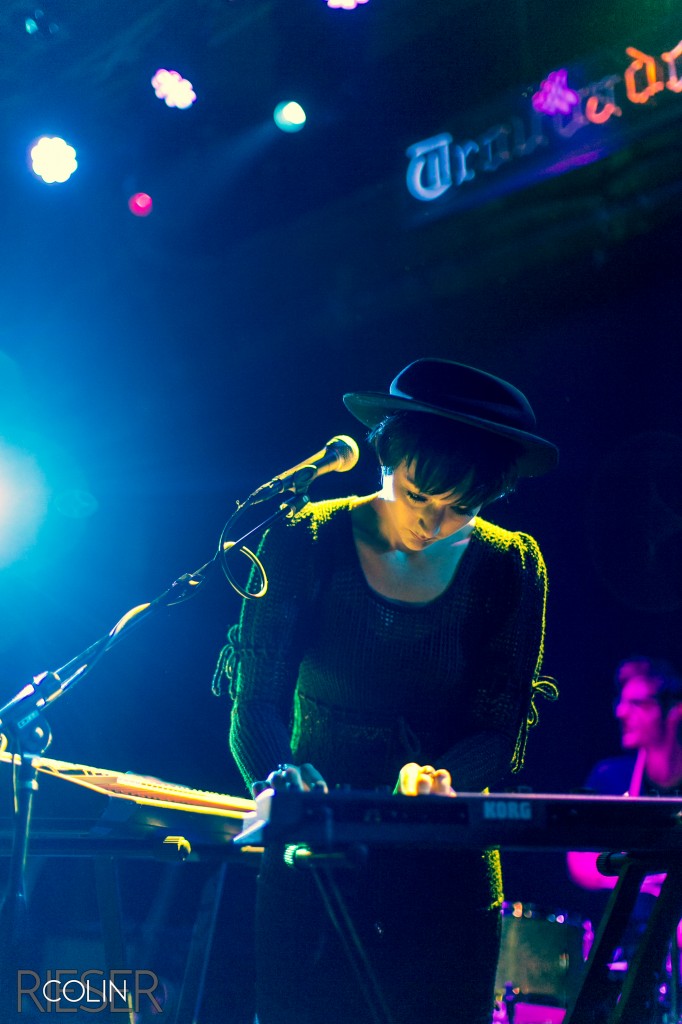 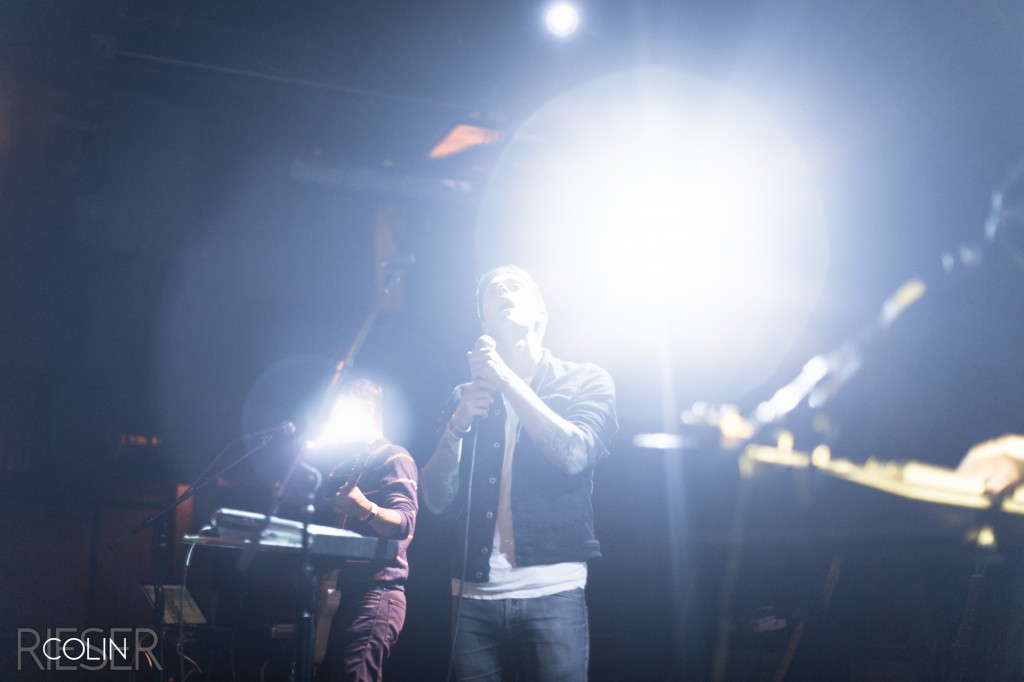 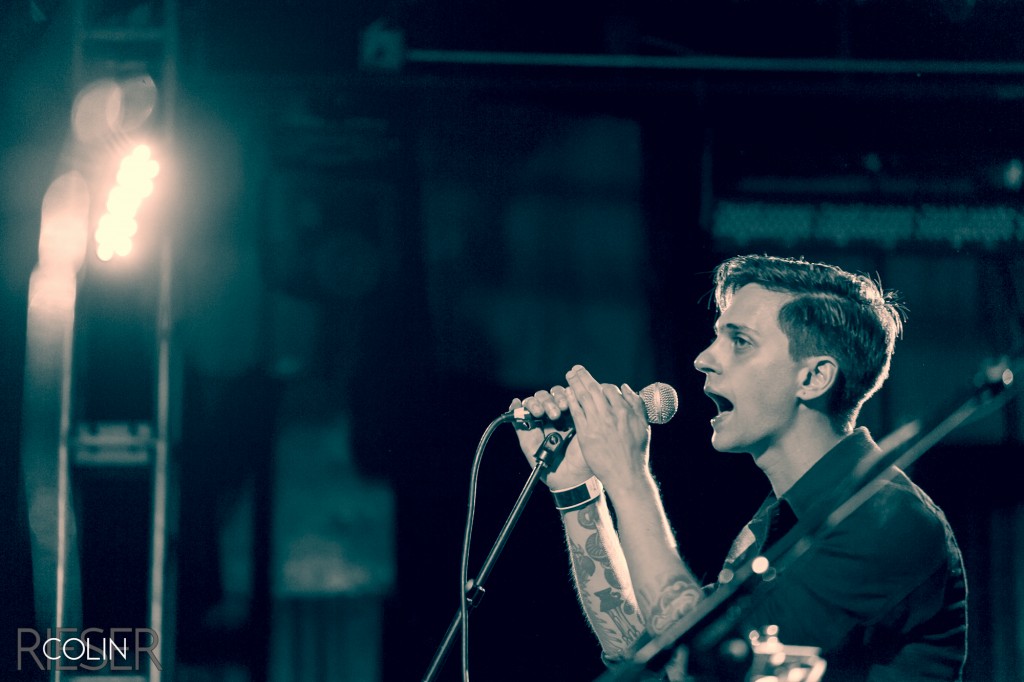 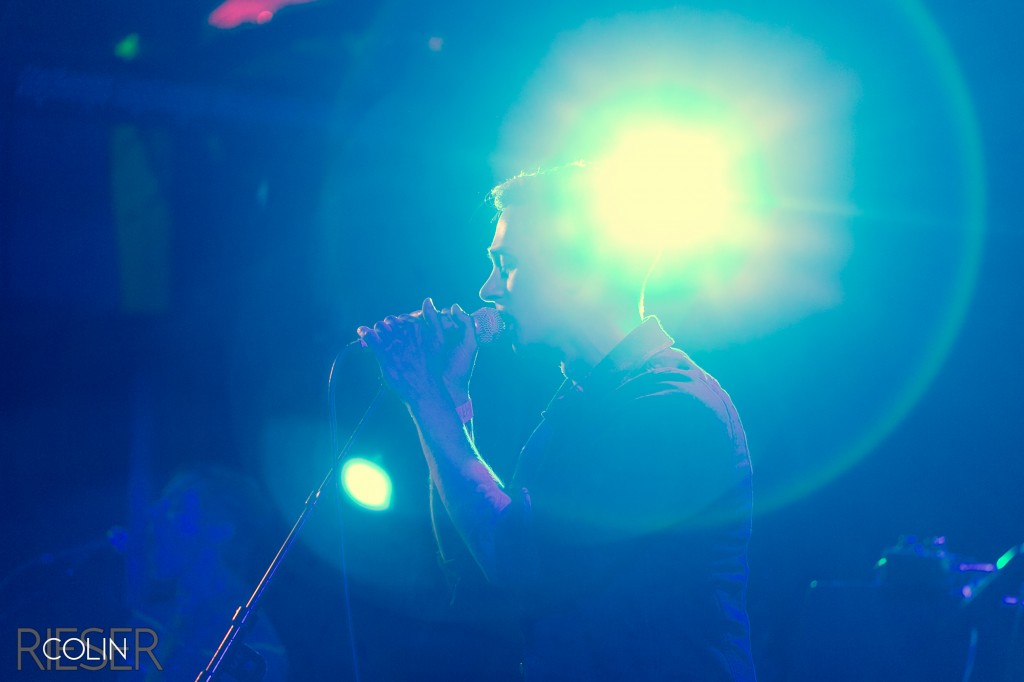 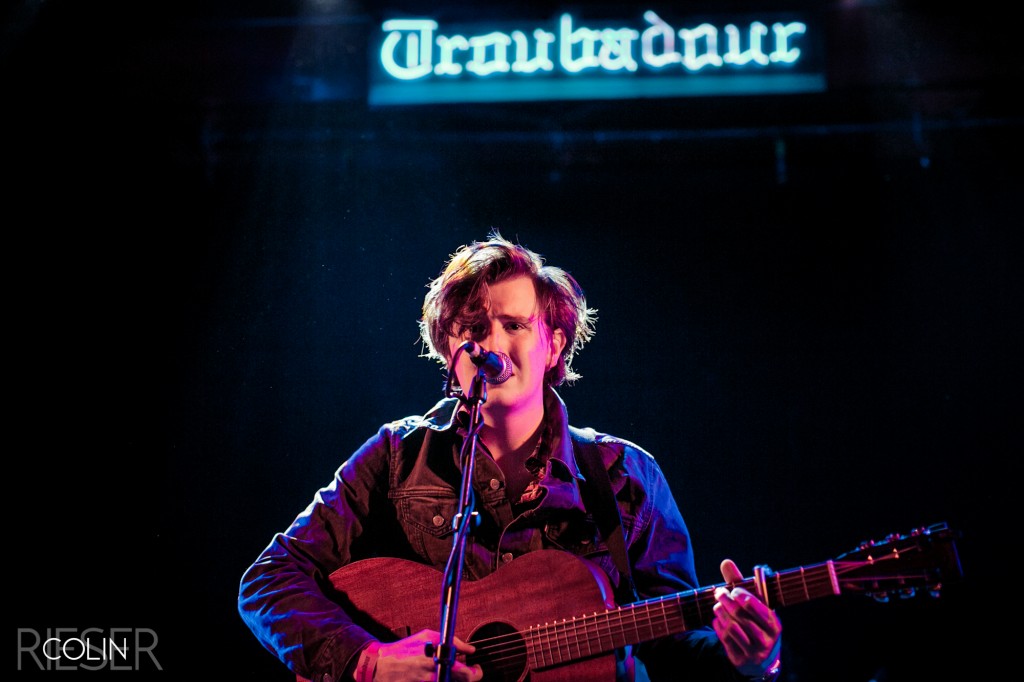 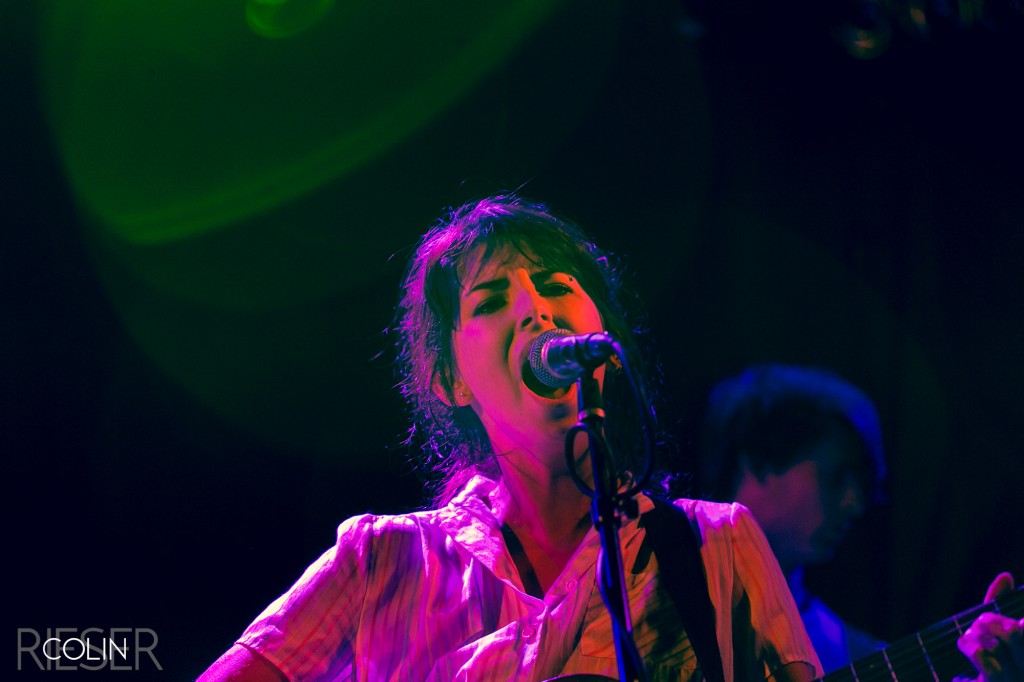 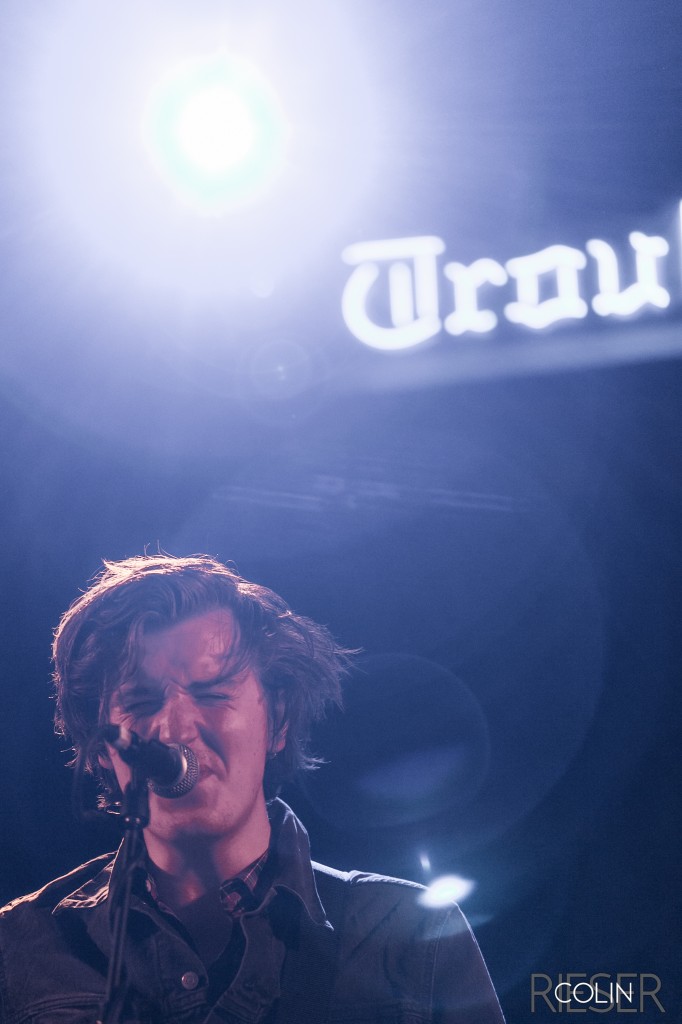 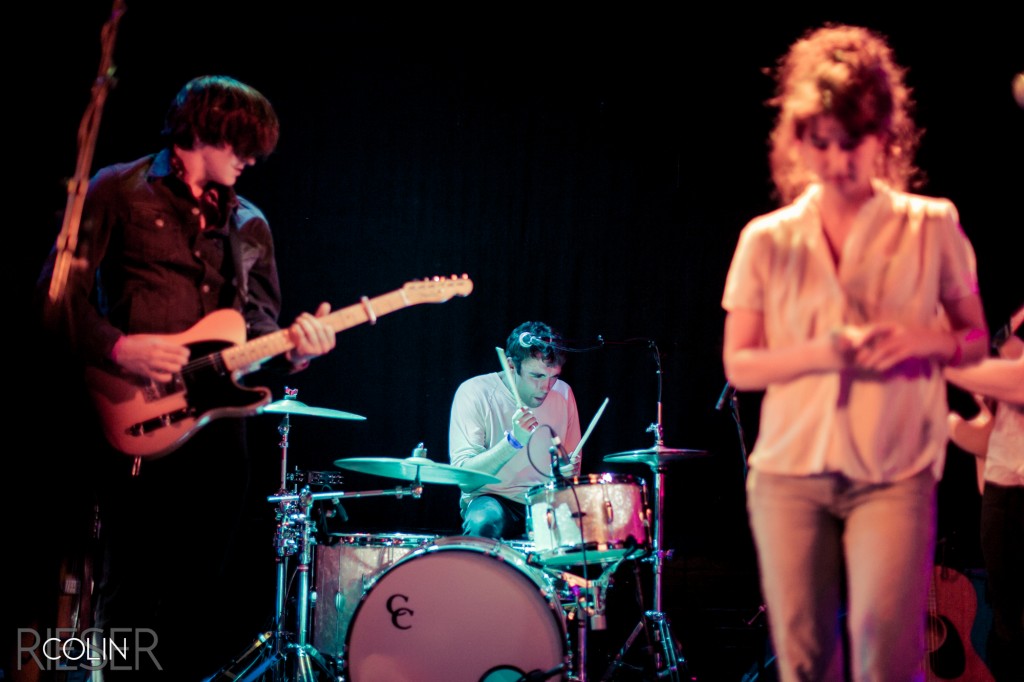 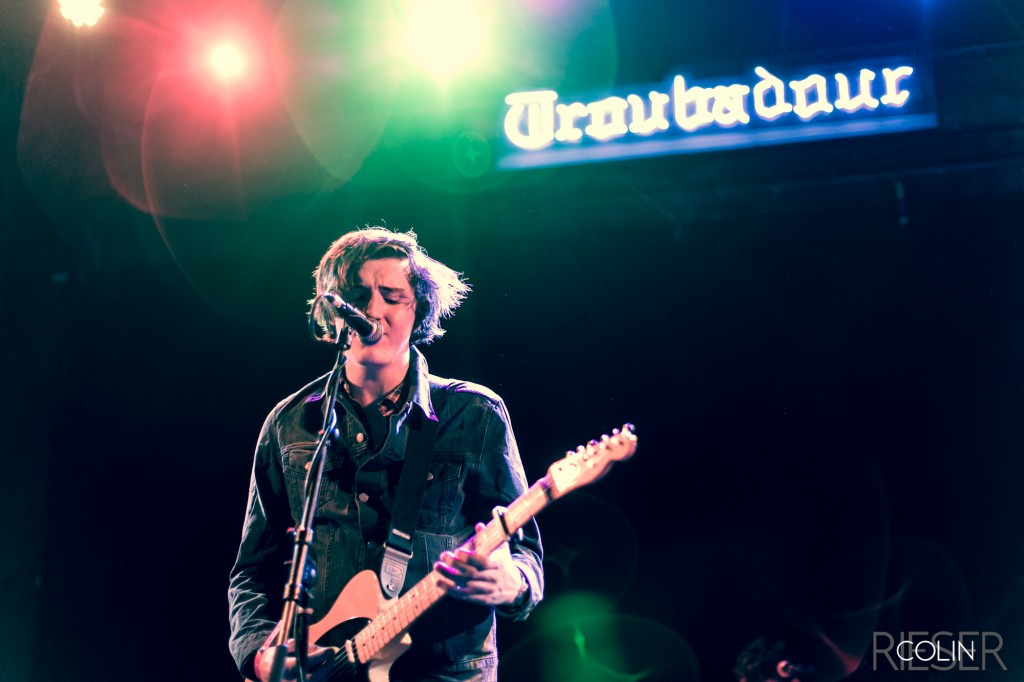 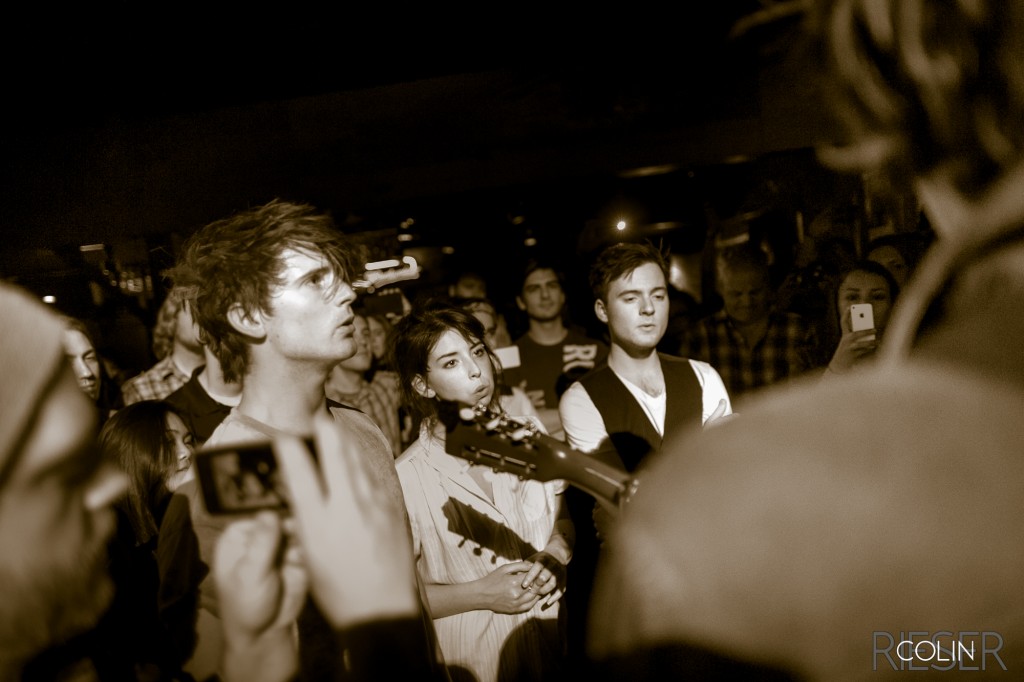 Start with “The John Wayne” then scroll down to the footer to watch an amazing performance of “Harper Lee” that should leave you salivating for more.  Their debut album Absolute Zero is pretty good and their live show is even better.  Check their tour dates and go see them before they blow up!

Special Thanks to Colin Rieser for his photos (Check out Blue Kite Cinema) and Glassnote Records.