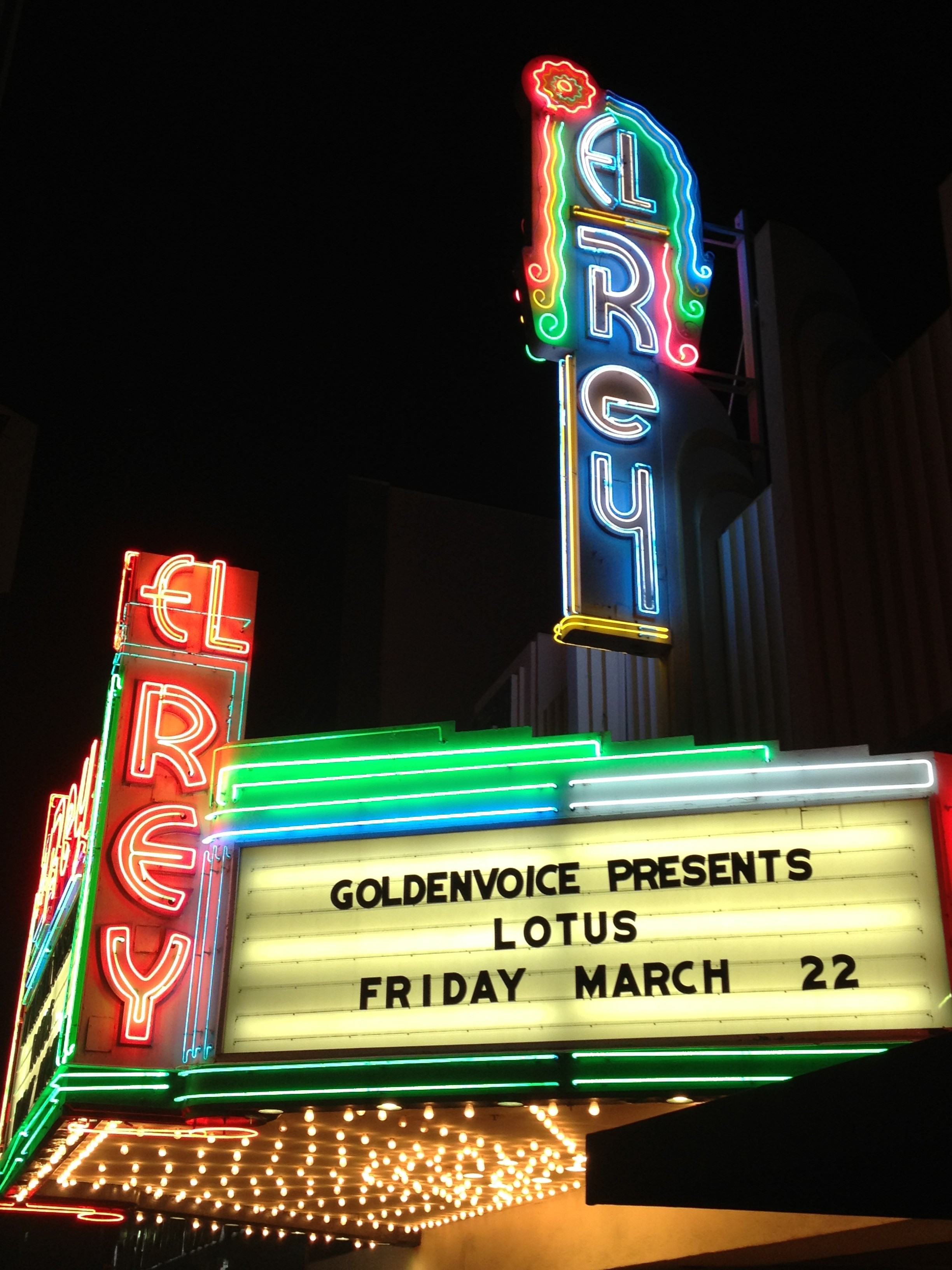 The room is small and intimate: newly laid maroon carpet (no gum allowed) and gorgeous chandeliers hanging from the 25 foot ceilings in the 771 capacity venue create a warm and welcoming atmosphere.  I think I may have found my new favorite venue in Los Angeles.  As we enter, VibeSquaD is tearing it up on stage dropping heavy bass and beats mixed with live electric guitar riffs and old school hip hop tracks, warming us up for the dance party that is about to ensue.  It’s an interesting contrast to what we are about to experience with Lotus‘ delicate and bouncy signature style.  The band hit the stage around 11:15 and as soon as the first note of “Kodiak” was played, smiles lit up the room and bodies began swirling around one another in an instantaneous melding of zebra pants, furry vests, pink wigs and pretty girls.  Three songs in and I needed water.  The entire first set consisted of one beautiful and encapsulating song after another, finishing up with a nearly 15 minute “Bubonic Tonic” leading into “Tip of the Tongue” which had the crowd in a complete frenzy.

The short set break gave us time to collect ourselves and rest momentarily before returning for the second set with “Break Build Burn” from the recently released Build (SCI Fidelity Records).  Typical of Lotus’ style, the song gradually expands and progresses with layers of sounds leading to an uplifting and enlivening moment in time.  The positive momentum continued throughout the remainder of the set with things getting enticingly dirty during “Lead Pipe” and “Shimmer and Out.”  One of my personal favorite songs “Flower Sermon” from 2003’s Germination certainly caused a raucous in the room finalizing the second set in true Lotus fashion, leaving everyone chanting for more.  Four minutes later they returned for a two song encore which included “Massif,” the first single from Build, and “Gilded Age.”

Overall, it was an extremely enjoyable experience, one that I could definitely say is in my top 5 since living in Los Angeles.  The light rigs were simple yet seductive.  The vibes in the room were positive and winsome.  Each member of the band seemed to develop a relationship with the crowd, smiling and making eye contact with those who were close enough to the stage, truly enjoying themselves as much as we were as fans.  You will be sure to see me at the next Lotus show in LA! 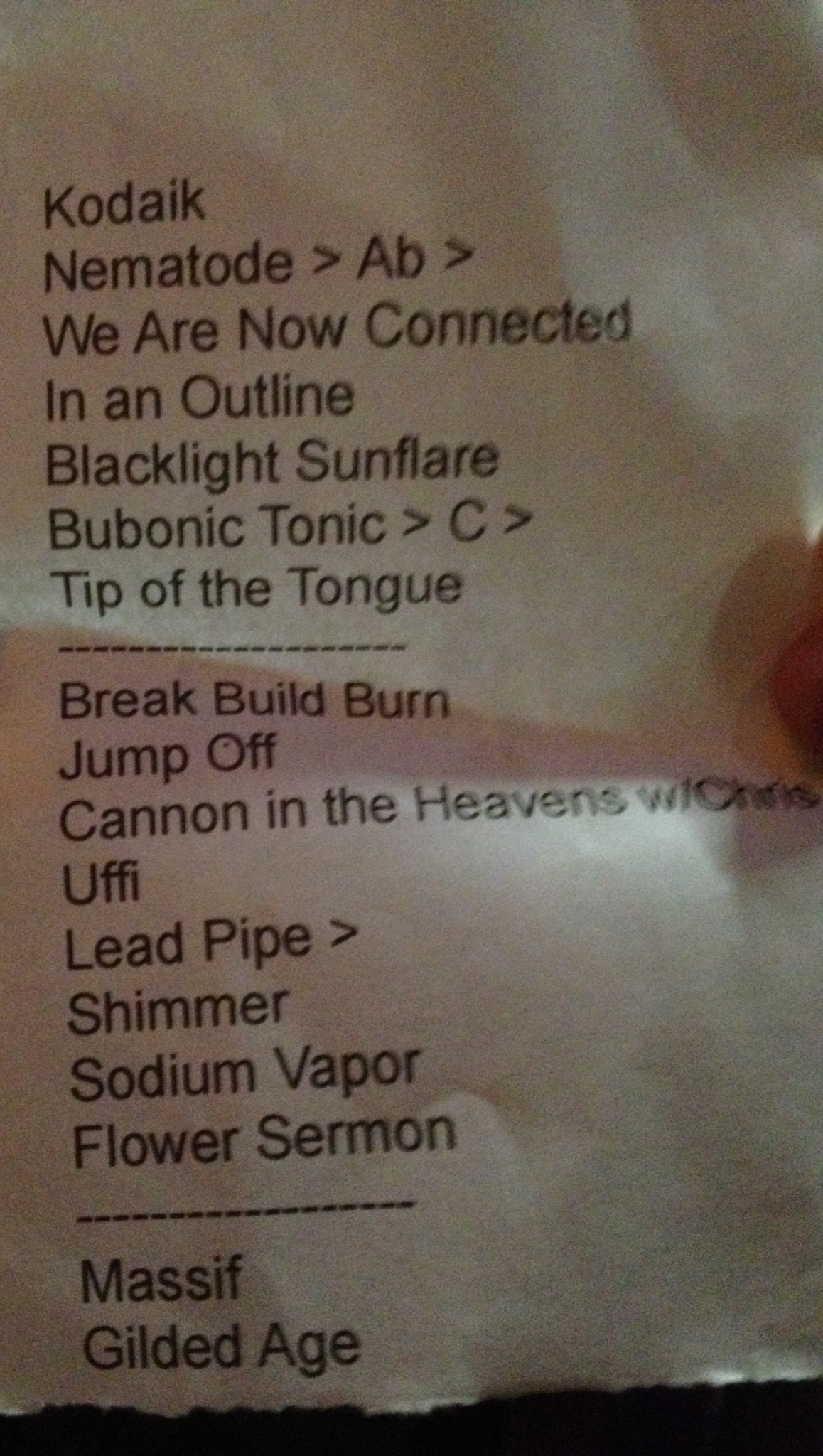