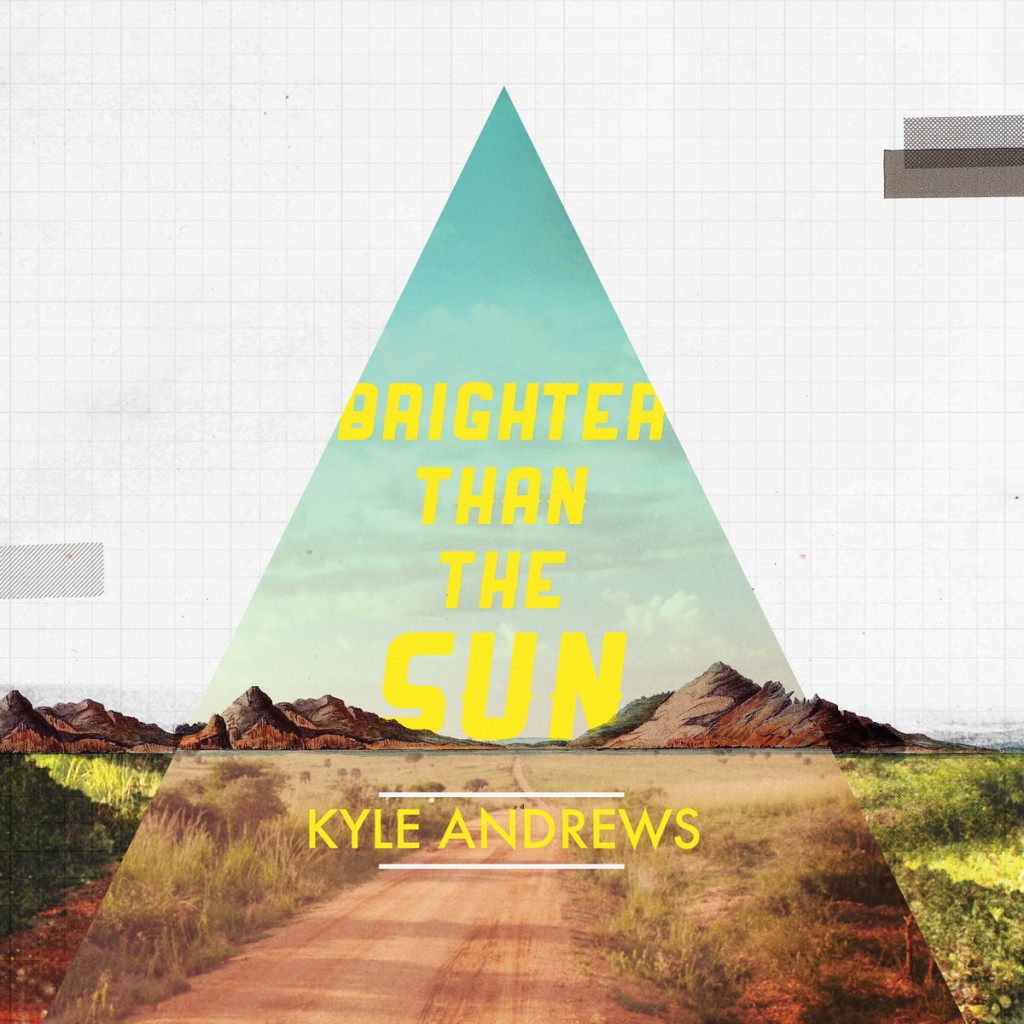 Matt Costa’s quirky indieness meets Passion Pit’s synthy sweet electro melodies…who then meet Adam Young (Owl City)’s  mainstream whimsical pop all one night in an underground 80s club.  After being so inspired by the bright fluorescent colors and synthesizer, they decide to morph into one man by the name of Kyle Andrews.  The Matt Costa side realizes that by the sixth album, it’s time he takes a back seat to let the retro dance music run full force.  Ushered to make appearances here and there by his other companions (“The Way To Wonder”), but this latest album is mostly an electronic dance party.

Mr. Andrews has kept himself occupied since he released his first album (Amos in Ohio) within multiple commercials (Holiday Inn, Dell, Doritos, etc.), Guinness Book of World Records attempt, creating the “Sushi” YouTube video stills music video (say that ten times fast), recently issuing an Instagram contest (still ongoing with a HERO3 camera for the lucky winner).  A lightbulb may be going off in your head if you remember any of these things or your curiosity of the peculiarity leads you to opening a few tabs before returning back.

Brighter Than The Sun [Elephant Lady Recordings] (OUT NOW!)  follows suit with the electro rock pop dance party niche that’s been growing by mass proportions.  Indie extraordinaires from all over are noticing the bigger gap growing between folk and electro dance and are having to chose sides.  Or, like Kyle Andrews, do the switch over and then throw in songs like “The Way To Wonder” which start off a bit acoustically indie to then swap sides and add in synth chords.

These tracks are pretty much the most uplifting instrumentals you’ve heard in awhile from top to bottom, including, what’s that I hear, birds whistling in “I Want That Heart”?  It’s as if by listening to this album, the thick grey clouds will repel the tuneage and be forced away revealing the brilliant sunny skies.  Except…it’s still drizzling outside so I’ll just have to use my imagination.

There’ a point where you wind up half way through and melodies and vocals slide into one another morphing into one giant, upbeat movement.  The intros and bridges seem to be pillars of transition between them, applying the uniqueness.  There is a lot of action taking place within each moment, maybe a tad too much dragging away from the simplistic melodic ear candy and just piling on more and more of everything.  This may also be where the pop elements formulate their attack on the composition, amping everything up.  With this in mind it seems my favorite track is the final, “The Way To Wonder.”  A more old school Andrews style, he keeps things fairly simple, only accentuating from the bridge onwards in an explosion of beats.  Everything feels just right in this one where nothing is too overdone.