Denver Has So Much Great Music. Up Next: Rumtum 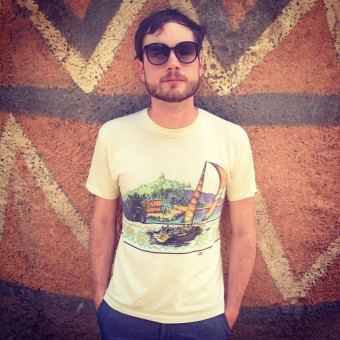 Rumtum is the newest addition to 1320 Records and I’m absolutely obsessed with everything that the producer/mastermind (John Hastings) works on. While he’s currently heavily involved with multiple projects involving various artists, it’s his solo project that’s undoubtedly caught my attention and that of others in the jamtronica scene. It’s so chill and positive, at times hypnotic and retrospect inducing. It puts me in such a good mood! Music I can work to, dance to, and cruise to. I can’t get enough of “The Veil,” a groovy, upbeat, jazzy track from Geo-Neo (Chill mega Chill). I’m just as obsessed over “Island Heat,” a Gorillaz-esque funky island instrumental jam. Heavier, more mysterious songs like “Subsonic Flavoring” ignite emotional senses while keeping you grounded and stable in your thoughts and feelings. I could make comparisons to Radiohead and STS9 and even Sublime at times. Yet his sound is deep, unique and refreshing.

Check out the video for “Little Things” via Vimeo.

As an STS9 fan and supporter of 1320 as a whole, I’m extremely excited to find Rumtum joining the label. His debut LP Mystic Wonders will be released later this year.

TAGS: Denver has so much good music, Long Beach Dub Allstars, Red Rocks, so bummed to be missing the annual sector9 shows