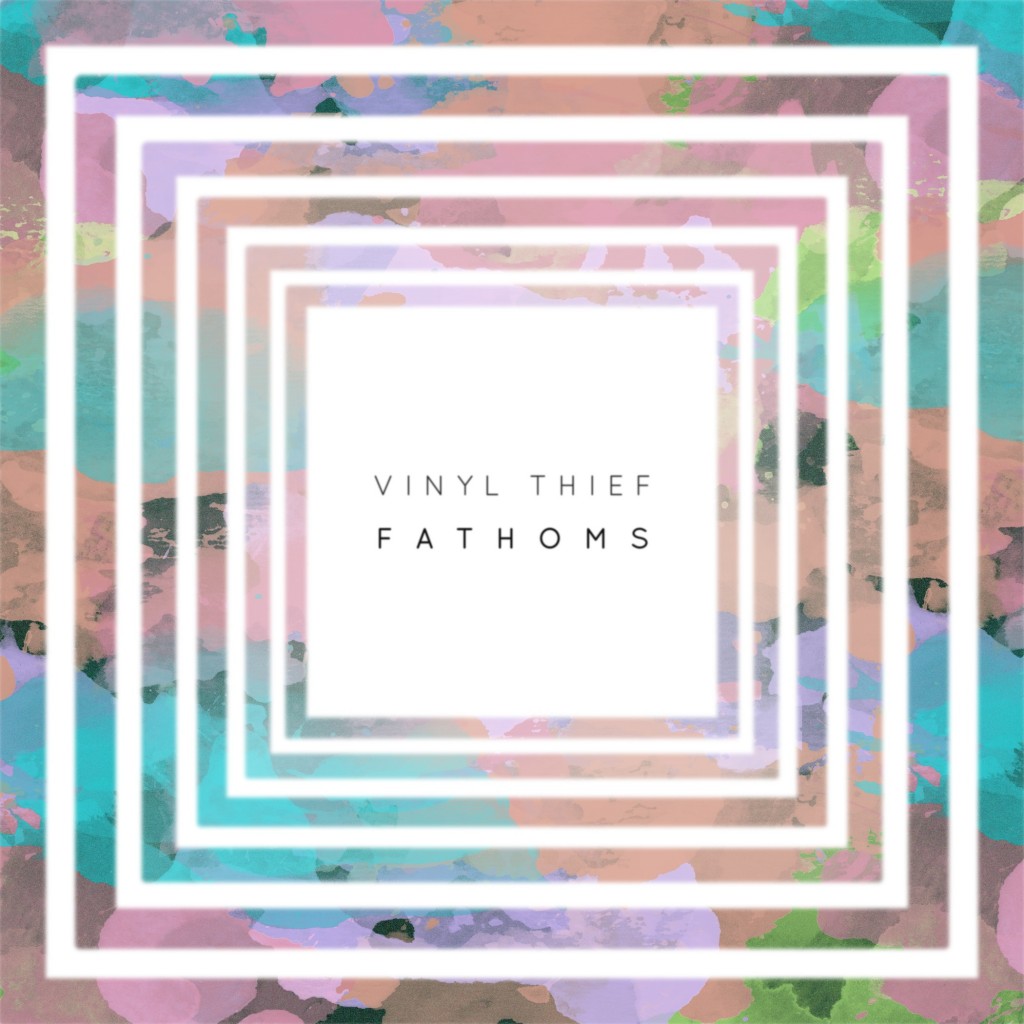 The pressure of the heavily plucked strings in regular succession combat with delicate keys that flutter through upon Grayson Proctor’s sexy vocal transition into a deeply saturated euphoria of orchestration.  Only after do you realize the absence of a cello or flute, but the colossal sound and passion behind the larger than life choruses are monumental enough to have deceived your mind.  The buildup in every verse is a conniving and invigorating tease towards the next gravelly belting of Proctor. Two minutes into “Middle of the Night” you’re further enticed with a splendid bridge kicking things into higher gear until the swift conclusion.  As their second single from their first LP, Fathoms, Vinyl Thief gives you what they have to offer right up front.

The gentlemen from Nashville captured my heart awhile ago with their Rebel Hill EP that was put out a few years ago.  Yet, as they embark on their LP journey, the ease I have in remaining attached is quite simple as they continue to produce excellence.  The package here in Fathoms has included their past tracks off of EPs (including the favorite of mine, “Rebel Hill”), seasoned with delightful new songs including “Middle of the Night.”

What Vinyl Thief is known for are their seamless transitions, the extraordinary vocals that ignite goosebumps in your soul, those unexpectedly supreme bridges, and of course the catchy electro pop atmosphere mushed with a rock foundation.  So coming into Fathoms the bar is set pretty high, having to not only remain consistent with the expectation, but to possibly stretch a little further in creating greatness.  The single “Middle of the Night” has easily accomplished the tiptoe, arm reaching extension of success on its own.  Yet, the other three fresh tunes are right there, track two “Fathoms” focuses its attention on slyly drifting you along, impacting you suddenly as you have already been succumbed to your journey.  “Compact” was their first single and with a more formal composition, the catchiness playing a significant role.  The synthy organ-like melodies provide uniqueness, and even though you can feel a little Smallpools at the bridge, you tend to leave the comparisons at the bridge and with a Brian Eno-like final note, you’re hooked.  Last but not least, the anthemy “Alright” concludes Fathoms with an intricate softness that floods over, cascading by the bucketful in quickly increasing increments beginning halfway through the song.  Not heightening as in a techno number, but moreso in a thick intensity with, surprisingly, minor tempo changes.

Wrapping around you tightly, focusing all of its attention on pleasing you, Fathoms comes across as deliciously superior and effortlessly intricate.  Captivating you track after track, there is almost a need for a break in between to re-experience the essence and significance each song possesses.  Heightening the volume is a must as you excitedly enter through these soaking rich songs again and again.