Dusted with Glitter and Buffed with Polish: Santigold’s 99¢ 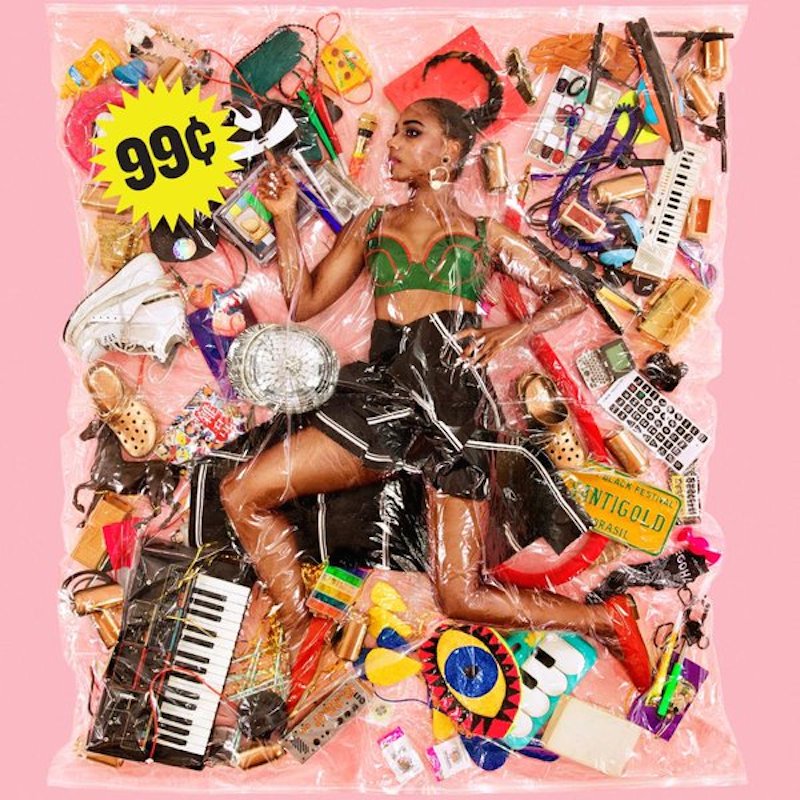 I get too distracted by the hov to appreciate Beyonce the way I know I should.  I am too picky to acknowledge the multitude of “badass” female artists floating around in the universe as my pop alter-ego.  Sia is pretty much my only go to.  Let’s be serious, she is close to flawless, but with her latest being written for others it was clear her heart and soul were letting us know that This is Acting was a perfectly executed performance (that “Reaper” though).    With my soul silently searching for a unique pop princess to shackle to, there was this month’s long Friday surprise welcoming me with a gritty, yet bouncy loveliness.  Week after week Santigold was releasing singles off99 Cents and week after week I would be grinning and head bopping along waiting for all of the pieces to converge into one.

A glorious muchas gracias to NPR for relieving me of my impatience by releasing Santigold’s newest album a week before the official date.  I already knew I would love the handful of singles previously heard, but as we all know, hearing it as part of something bigger amplifies the tracks to another level.  “Can’t Get Enough of Myself” was part of my favorite singles of 2015, so when this engulfed my headphones as the intro track to 99 Cents I was not only immediately jubilant, but I was able to re-experience this song as the first chapter preceding a multitude of grimy and bass-y, flowery and floaty, bubblegum and cheeky, and overall dance-able as all hell tracks.

If you know Santigold, you’re aware that she has more of an edgier sound with unique vocals frequently on the verge of spiking, closer to M.I.A. than Selena Gomez.  The fluty hip hop-esque beats and flirtation with dabs of rap verses are amongst the typical Santigold experiences.  There seems to be nice blend between her shoegaze anime-pop attitude from her self-titled album and dabbling experimental nature of Master of My Make-Believe.  Her newest album also has a common theme of self-image and her 90’s Barbie-like website continues on this declaration with facetious advertisement.  As negative as I just made her Tumblr page sound, it actually is quite fun to explore.

Her last album did not seem to have the same effects on me, it just was and nothing resulted in me wanting to punch through walls as a tough empowered woman, dance the night away on an empty dance floor, or secretly hope a crew like Willdabeast’s would find a song as equally fit to create choreography for.  99 Cents packs in more to connect to, and inspires all of these previous thoughts to lamely pass through my mind as the songs roll on.  I want to blast this album from my speakers and transfer myself into the energy and crispness that Santigold has made sure rushes from these beautifully produced tracks.  If only I could just remove “Who Be Lovin Me” (feat. ILOVEMAKONNEN)” then I would be able to hit “play” and walk away until my feet were lifeless from dancing and throat sore from singing.

Santigold will be on tour this spring, so be sure to get some dance moves ready.