Female Popstar’s Be Wary, This Girl is Outdoing You: Ellie Goulding’s Halcyon 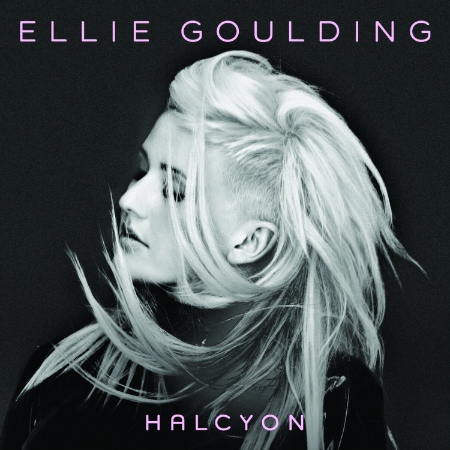 “Lights” can be heard on the radio and remixed at every club.  After the March release in 2011, Ellie Goulding’s single slowly began to spread, growing in popularity in the slow rise as many others have done (Fun’s “We Are Young”).  As more and more people are welcoming Miss Goulding onto their iPods, as of October 9th, they can now listen to thirteen more fantastic tracks off of her recent album Halcyon.  There are many pieces that work together, blending the most wonderful aspects of electro-pop with intelligent and emotionally breathtaking vocal melodies.

Halcyon is a musical meadow where every song is different than the other springing up sometimes unexpectedly, other times assumingly.   Goulding’s vocals are intoxicating and fluctuating delicately and frequently.   Stopping all distractions in your life, she slams her raw heartache in your presence and does not allow for your mind to deter.  The focus is Ellie, dragging you into her world where sorrow meets beautiful synth melodies, both upbeat and mellow.

Goulding takes pieces of pop music and miraculously stretches them to a degree in which you want to call Halcyon “pop” or “electropop,” but feel disrespectful comparing such a beautifully created and composed album to another Ke$ha single.   Most of the fourteen tracks could be stripped and taken as radio-friendly and being sung by 16 year old females.  However, this is not a settled sound.  Everything is 110%, and as you experience the album, you can hear how easily she could have left some songs at having a ‘good chorus,’ or ‘nice bridge.’  Yet, she didn’t do that, and instead gives her listeners, and herself, what is deserved.  How refreshing to hear unique composition fronted by such unique vocals.

The theme, as you may have come to realize, is of the desolation and decay of a relationship.  Much like Norah Jones latest release that takes every detail of a break up and sets it to instrumentation and eerie melodies, Goulding does this, but in a more reflective approach.  Everyone experiences different relationships and handles the end of them differently, especially when set to snyths and guitars.  However, Goudling does not leave you completely depressed at the end and even in her saddest songs (“I Know You Care,” “Joy,” and “Dead in the Water”) she backs this with vocals and dark, yet comforting instrumentation.   The more mellow tracks seem to draw me in, being serenaded by emotional and clear vocals.

This isn’t just a sad British girl, and you get the more “Lights”-like tracks along with the slower.  “I Need Your Love” (featuring Calvin Harris) is one that goes through numerous and fluid transitions.  “Anything Could Happen” is another show-stopper, first single off the album and number one shower song of the year.  “Hanging On” is quite delectable as well, and can be heard on Victoria’s Secret’s latest undergarment commercial.  Everything about this track is dark, pulling you to sink deeper and deeper.   Between “Joy” and “Dead In the Water,” I’m really torn on my favorite acapella-like moments, both transporting you directly into her soul.  Connecting you to the music is the goal of every artist, and Miss Ellie Goulding absolutely has surpassed this.   Halcyon is filled with intricacies that a quick observer may miss, but be vigilant of how many elements are gliding alongside one another, with Goulding’s voice connecting all the pieces.