Filling Your Lungs With Shoegaze Wonderment: My Bloody Valentine’s mbv 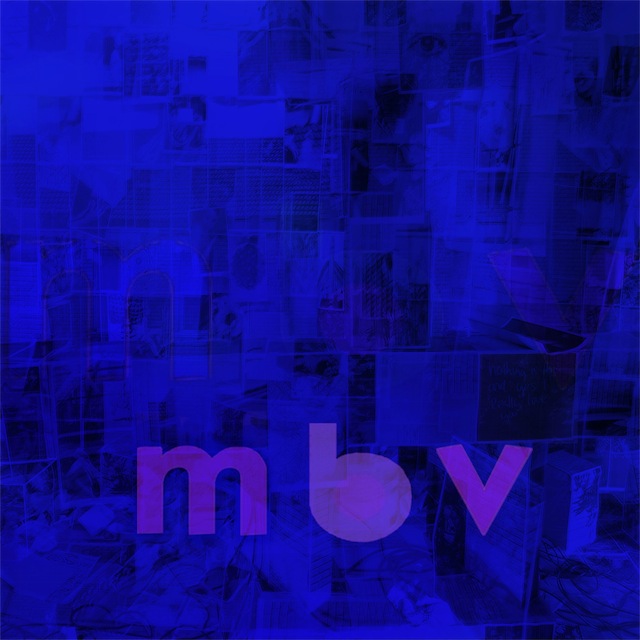 I am deeply sorrowful, for I am ignorant of My Bloody Valentine.  Let’s face it, many people under the age of 30 are My Bloody Valentine noobs since their last record was released in 1991 (Loveless).  Unless you had really groovy parents, or when you were going through your rebellious/spiritual musical finding of oneself you stumbled upon it, you just weren’t brought up with MBV in your life.  When I was preparing myself to listen, I took into account that I would be hearing a compilation of a band that hadn’t put out an album in 22 years.  I wasn’t sure quite how to take on such a huge ordeal.  I had help from a MBV fan and writer for the LA Times – Randall Roberts whose contagious excitement affected my final decision on how, exactly I would experience My Bloody Valentine’s mbv for the first time. In bed with the covers over my head, headphones on, volume on iPod turned all the way up.

With about two minutes into “she found now,” my plan failed.  Suddenly my creative forces started swirling and I was thinking of how better to revamp a blog and I went racing to get started, leaving mbv on pause.  Now, you could look at this in a few ways, but the way I choose to look at it I see this album as a muse for inspiration.  The way the ambiance filters through the distorted shoegazing guitars and captures the quiet vocals allows for your mind to wander.  So this is what I did…my mind went wandering and ideas began to erupt in the process.  I now needed round two of my “first listen” to mbv.

Of course the car would be the best place for me to listen to the nine tracks in full throttle.  This proved a good fit, and as I was driving, facing the sun which was bouncing off the highway lined snow; I felt a monumental sense of relaxation and contentment.  My soul was floating with the guitar melodies and stationary beats.  I instantly knew that if I were having an awful day, the clouds were heavy and precipitation bouncing off my windshield, this album would probably make me cry.  My Bloody Valentine has the ability to take your emotions, at their present state, and pump adrenaline through them, causing a full blown reaction.

mbv is shoegaze at its most delicate and relevant.  There’s no point in trying to discern from vocals to synth to guitar – it is all one, and that’s how it should be with shoegaze (they did create the genre after all).   The more you listen, the more you’ll hear milliseconds where instrumentation takes a backseat to vocals or the distorted guitar is making prevalent noises.  On “new you,” (my grammatical insides are stewing at their lack of capitalization) you even get a standard song pattern, but don’t worry, it’s nothing that will make you feel mainstream nausea.   Many tracks build and transition, growing with ascensions and quieting in a descending conclusions.  This allows you to stay involved and pick out connections to specific songs that have begun to tangle with your soul.

“she found now,” is silky and sexual, releasing a whining melodic flow that drifts into your veins.  This track alone sold me on the album (hoping they would all be able to meet this high standard), having heard nothing quite like it, or having nothing strike me in a way that mbv has.  It’s different, and it’s enthusiastic, in a shoegaze sort of way.   The way Roberts honed in on the volume aspect has me amped up for how I will listen to the album next – of course, I’ll have to find a time when my roommate’s not home.

So this is the part when I should compare My Bloody Valentine to anything that has to do with Valentine’s Day.  Um…     Happy being single and getting to listen to mbv on the highest decibel tonight without bothering anyone because they’re all out on romantic dates?

TAGS: Your Stitched Memorial Day, Kina, Have a Nice Night, Be Considerate To Your Better Half, Hallmark are assholes