Flashing Back to Impressive Firsts in Preparation For the Next Step: Paper Route’s Absence 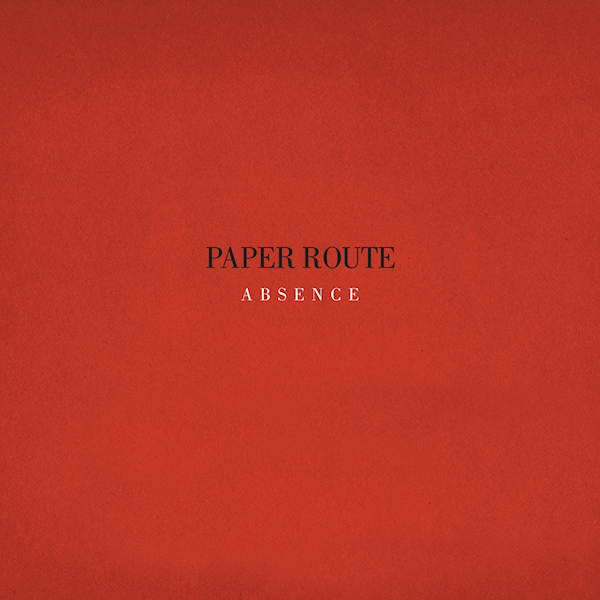 I must say that the allowance for me to do a flashback review in preparation for a September 2012 release has made me feel like I’m sticking my feet in a rather refreshing pool.  Well, more like a puddle because this is not a frequent happening where I can be choosing an album from any year I wish once a week.  Wanting to cover the most recent and impressive releases tends to leave all these beautiful masterpieces unscathed by my documented review.  However, today is Paper Route’s Absence’s lucky day.

As previously stated, due to the outstanding excitement of Paper Route’s The Peace of Wild Things out in September (Out 9/11/2012 on Universal Republic), I wish to remind, or introduce, you to the foundation from which will be expanded upon in the early Fall.  Four years ago, the universe was introduced to a few highly talented and imaginative gentlemen with their release of EP, Absence. Indie moguls and like-minded folk may recall their instrumental track “The Music” in (500) Days of Summer.  Completely emotional and moving, you may be blindsided when hearing their more “pop” genre on their EP.

How artists J.T. Daly, Gavin McDonald, and Chad Howat create these wonderful pieces of art combines creativity competitions between them, a broken down Nashville plantation home, and melding together artistic expression and pop culture. The latter seems cliché, but when put into context by Daly it absolutely makes perfect sense, seeming like a rather new and up-and-coming idea. Lead singer states his respect for pop artists and how their “ideas (are) executed so brilliantly (is) that they’ve kind of Trojan-horsed malls across America” (Dr. David Dark, “Paper Route’s Experiment with Sincerity”). Automatically fun. pops in my head, and while listening to Absence, I can get a similar sense that hearing these tracks in public venues would be not at all surprising. Pop shouldn’t be viewed as “monotonous, boring, pathetic,” but adjectives with positive connotations should be taking over. With bands like fun. and Paper Route leading the rebellion of “Trojan-horsing malls” I get an inkling of hope for the genre.

The hope Paper Route delivers arrives in many layers. The first layer is the “This is from what year?!” layer, which really puts into perspective the notion of being ahead of the music movement. In 2008, I was not thinking beats dropping with distortion (“Gutter”) or the last half of “Last Time” that is packed with synth moments all sounding very much like a heavier and more distorted M83’s Hurry Up, We’re Dreaming. I mean, this was the year we were first introduced to Katy Perry and her scandalous “I Kissed A Girl,” and Paper Route was focused on over 2 minute long synth outros. Another hopeful impression deals with their combination of pop melodies and catchy choruses while infiltrating this with instrumentation and composition that may not ordinarily be deemed “pop.” They add a little somethin’ somethin’ to every verse, every chorus, each track, to keep it brutally on the edge of pop, where the only thing holding it there are the catchy melodies (“Lover’s Anthem”). I also believe their ability to go from heavy to soft and airy within songs and from one track to another is something noteworthy. Knowing every detailed piece of every song and complimenting each one to its full potential is quite an endeavor and is done in a fluid and delicious way.

As we pump ourselves up for The Peace of Wild Things by reliving Absence we can also do so by checking out “You and I” off of their new album. Based on first impressions, it does not seem to be as heavy and teetering on that edge, but rather standing firmly on the pop genre. However, when listening/watching Paper Route’s audio-files for their song “Tamed” (featuring everyone’s favorite female vocalist, Cacie Dalager from Now, Now) you get a different sense of what the album will be like, and it appears they have fallen off the pop cliff and have landed in the lake of indie music. Don’t get me wrong, either location is fine and it’s also understandable that they are touching upon both. Creating artistic pop music seems their goal and the result at this attempt will certainly bring them to different places. Magnificent and beautiful places.