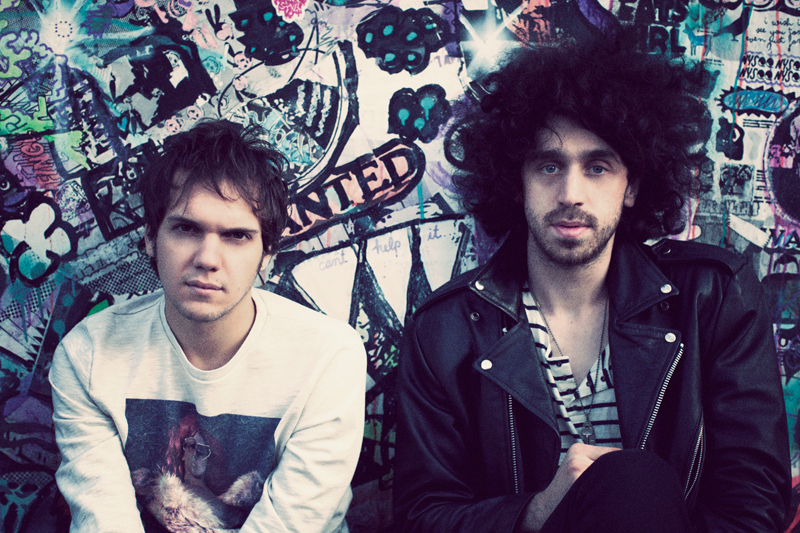 After having seen New Yorkers, Ghost Beach headlining in their hometown of Brooklyn at the popular bowling alley, I was prepared that their Providence show opening for a couple of bands I hadn’t heard of was not going to be as wild.  Not really expecting their energy to be up there, but knowing their live sound was sincere and comparable to recorded sound, I was absolutely looking forward to the event.

Ghost Beach’s energy and stage presence blew the acts to follow out of the water. I enjoy feeling like everyone is hanging out and having a good time, including the artist on stage.  To me, it’s supposed to feel like you’re in it together, rather than being sung to.  The headliner, The Sounds, put on an awkward performance for those in the audience ignorant of their style.  Maja Ivarsson was so into her performance that it made me, never having heard of them before, feel uncomfortable as she was spazzing out and giving “I’m a rock star” squishy lip faces to the crowd.  It’s definitely her thing, and that’s fine for those who love the band, but I’ll pass.

The room hadn’t filled up yet, but Josh Ocean, Eric Mendelsohn, and their drummer didn’t let this put a damper on their polished sound and extensions on some songs.  They displayed the same amount of energy and conversing with the audience I recalled from seeing them a little less than a year ago.  Yet, of course this felt more personal and as it does in some circumstances, it didn’t feel awkward at all.  Ocean kept pumping up the audience, wanting us to have as much fun as they appeared to be having.  And this worked.  People became more relaxed, danced a little more, and by the last couple of songs were enjoying all the wonder Ghost Beach has to offer.  I don’t think anyone wanted them to end, except maybe the gentleman in the patch-covered studded leather vest.

The chosen tracks that were enthusiastically unraveled were great picks.  My shock came when “On My Side” started up and instantly I went into “don’t-ever-forget-this-moment” mode and I let lose, as much as I could being one of the only singing in the room… Their set was too short for my liking, but that’s what happens when you see a stellar band open for not as stellar headliners. These fellows offer an explosive time through their delightful upbeat, reggae electro pop sound tossed with Ocean’s similarly upbeat and pleasant personality.