Have Yourself A Very Kelly Christmas: Kelly Clarkson’s Wrapped in Red 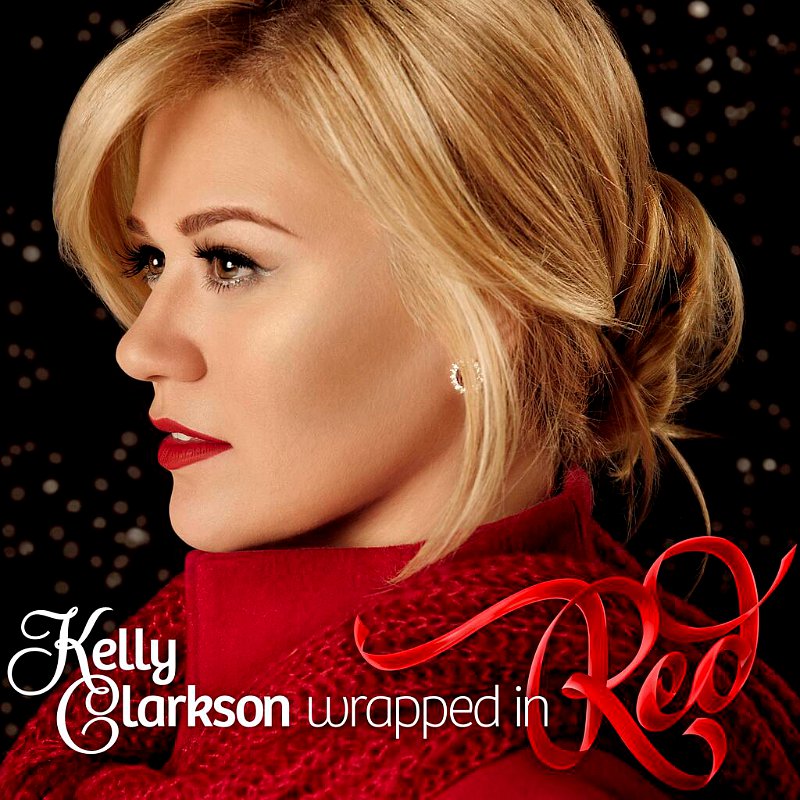 Should I refer to her as Kelly (Clarkson) Blackstock?  This past fall, her and Brandon Blackstock (Reba McEntire’s stepson) tied the knot and she announced her first pregnancy.  Oh, and Kelly also released a Christmas album.  Trying to create a more dynamic cliché Christmas album, she adds a few originals and an Imogen Heap cover all wrapped in the plethora of connotations that come along with the color red.  Okay, so it still sounds a bit cliché, but her originals are rather catchy and any time she belts out, a magical powerhouse unravels.

We all know that Kelly’s voice is a promoter of goosebumps and other awe-inspiring reactions.  I recall seeing her live quite a few years ago and her sitting on the stage, reaching over the audience to sign autographs all while belting out one of her past singles.  Her incredible vocals are also known for being extremely versatile, as she contentedly mingles between genres.  Wrapped In Red [RCA] (Out Now!  Get it HERE!) furthers her flexible style with jazz, blues, 60’s pop, and country.  Every song has a bit of a different flare keeping the feeling fresh and classic.

Some Christmas albums are monotonous because the artist just covers all Christmas songs in the same almost karaoke way, whereas others are filled with covers offering an awkward “twist” or originals that are not very memorable.  Wrapped in Red is a nice balanced combination, and I feel it’s due to her elegant soprano which nicely places these Christmas songs in a comfortable atmosphere.

The self-titled “Wrapped in Red,” is a holiday ballad doused in a pop melody that softens up the mood as much as the upbeat “Underneath the Tree,” reminds you of a 60’s girl group… you can almost picture Kelly performing this on American Bandstand.  You are then welcomed to a few classics that are soulful and deliciously executed, including “Baby, It’s Cold Outside” with Ronnie Dunn.  The most notable Christmas track is “Winter Dreams (Brandon’s Song)” and though it’s almost like getting a tattoo of your spouse on your arm, the melody flips and enfolds within Clarkson’s vocals.  Her delicate and soft swooning “White Christmas” is whispering and angelic surfacing above a piano (which even receives its own solo).  Ironically this past American Idol-er includes the Sound of Music’s “My Favorite Things,” who will sing it better, Carrie Underwood or Kelly Clarkson?  We’ll let Simon decide.  A modern take on the “Santa Baby” concept is “4 Carats,” a definite upgrade to the “classic” sexy Santa version.  Prior to the duet with both Reba McEntire and Trisha Yearwood “Silent Night” is Kelly’s “Just Now” Imogen Heap cover.  Without Heap’s whispy, echo vocals some of the essence is gone, but the storytelling vibe is still present (which one may or may not be into).  I certainly will keep Wrapped in Red playing for the next week and make sure to not bury it far away for the following year.