Up Next: Hunter Hunted 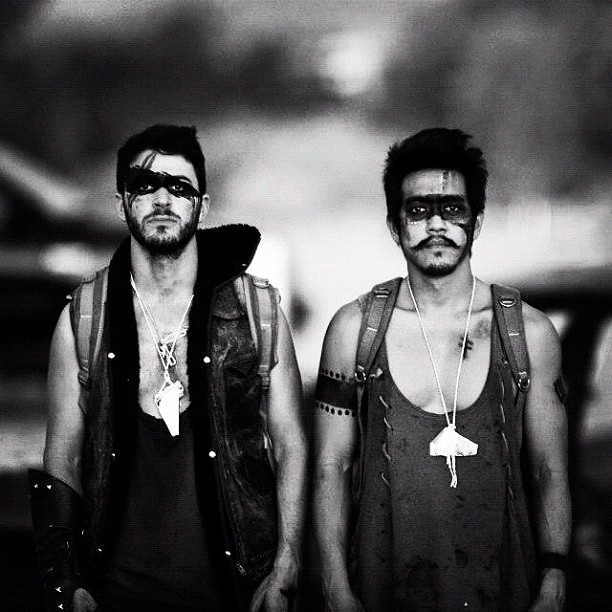 Hunter Hunted has recently been blasting new tunage out of LA and the fact that this is a duo…as in only two males.. will probably shock your socks off.  Their sound is so dramatic and intricate, you can’t imagine any less than a quartet here.  Yet, these two dudes, Dan Chang and Michael Garner, have an ear for the grandeur.  Two years ago they released a five track masterpiece to the world that was stuffed with catchy singles (“Operating,” “Keep Together,” “End of the World,” …okay so basically all five tracks) and July 10 will be delivering audiences with a new collection of jazzy electro pop sounds.  Now since electro pop is basically the new pop (unless pop is now country, genres are a little fuzzy these days), or at least the newest trend for indie bands, it’s easy to get lost amongst all the synth and upbeat’ness going on out there.  Hunter Hunted doesn’t exactly use the genre as their backbone, but rather their love for far-reaching intensity as their motivation and the keyboard is just their way of getting there.

Since July 10th is nearby, they’ve released two tracks from Ready For You and the most recent “Lucky Day” was the spark that has brought me here.  As their former “Blindside” is along those electo pop lines, this latter track is a ukulele driven, Mowgli’s meets Imagine Dragons-eque party that spits and simmers summer.  You want beach, you want windows down, you want shorts and tank tops with bare feet tapping along while a happy go-lucky melody carrying you along.  Knowing that they can create jam-packed multi-level moments (thinking back on their self-titled album) and then add in this dash of carefree simplicity, well it’s only natural that my intrigue level has been heightened.

Besides catching their album upon its released date (July 10), don’t forget to see this two-some live on their national tour starting July 13th in West Hollywood and stopping off in Rhode Island (hells to the yes).