I Love Your Face…Beats, Melodies, and Vocals: Wildcat! Wildcat! 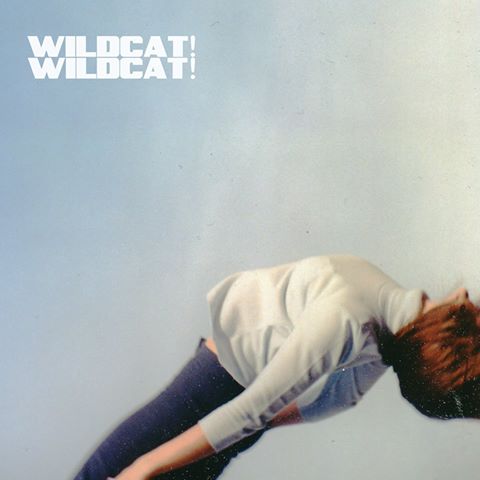 The beat functions as an unmovable and weighty substance draped across the four tracks, filling in all openings, making sure it stays consistently prominent.  Piano/keys have a different role.  Playfully co-mingling with handheld percussion to intervene at just the right times to spark curiosities and pleasantries.   Meanwhile, the guitar positions itself transitioning and traveling the melodies along with introversion.  The vocals being delivered by the three bandmates is a specialty, harmonizing, creating the build-up by increasing falsetto, and arranging itself to peacefully linger.  A few of the differences between a “Passion Pit” type sound, are the handful of vocal ranges and the constant low-key nature of the songs confidently striding on without need for monstrous amounts of synth.  Think more along the lines of Passion Pit’s Chunk of Change, where that sexy hip-hop beat carries the tracks.

Wildcat! Wildcat!’s lack of shoving electronics and snythy looping in your face (not that I necessarily mind when artists do this) allows them to get through to you in an exposed fashion.  The music they create could easily have a lot of extras, but instead they keep things simple because they know that what they have has just the right amount of elements for moving heads and being pretty damn good.  Their delivery is sincere and passionate, yet controlled, fulfilling to the needs of listeners.

This EP acts as a bit of a tease, lowering down four tracks during their completion of their full length album.  You know there’s more Wildcat! Wildcat! out there, but you only get a taste for the time being, which is rather satisfying for those of us who have been waiting since “Mr. Quiche” hit Soundcloud a year ago.  Remember how wonderful that moment was when you heard the track for the first time?  Or even better, watched the video for the first time?  Ah…memories.

Newbies, you may be trying to rack your brain for the last 300 words on where you’ve heard this band before.  Think Taco Bell.  Teaming up with Passion Pit for Taco Bell’s documentary on the two bands’ South by Southwest experiences, Wildcat! Wildcat! has made appearances on TB’s Feed The Beat’s commercial for the Rockumentary “Hello Everywhere.”  It’s about an hour long so when you start watching it make sure you have already made your breakfast and have finished writing your weekly album review because if not, you’re going to realize about 30 minutes in your stomach is growling and you have only written one paragraph.  So far on what I’ve seen…it’s a pretty good outlook on a baby band taking South by Southwest compared to a more experienced indie group.  However, using Michael Angelakos as a reference point of what SXSW is like, is not too realistic since he has an anxiety disorder (connected with live performances).   Angelakos sharing his outlook on this to the trio actually gives me anxiety and worry about playing at SXSW, which I know isn’t the case for every artist, so things are a bit miscued.  Either way, it’s definitely something to watch and to get excited about for a fresh new and really rad band.  Getting to know Wildcat! Wildcat! through a documentary is great because typically you don’t get to know bands until they’ve already been on tour for years. You’re able to fall in love with Jesse Taylor, Michael Wilson, and Jesse Carmichael at the same moment you listen to their first EP.  How awesome is that?

Purchase their debut ep on Amazon or listen on Spotify!