I’m Into Something Good, but Not Great: Chairlift’s Something 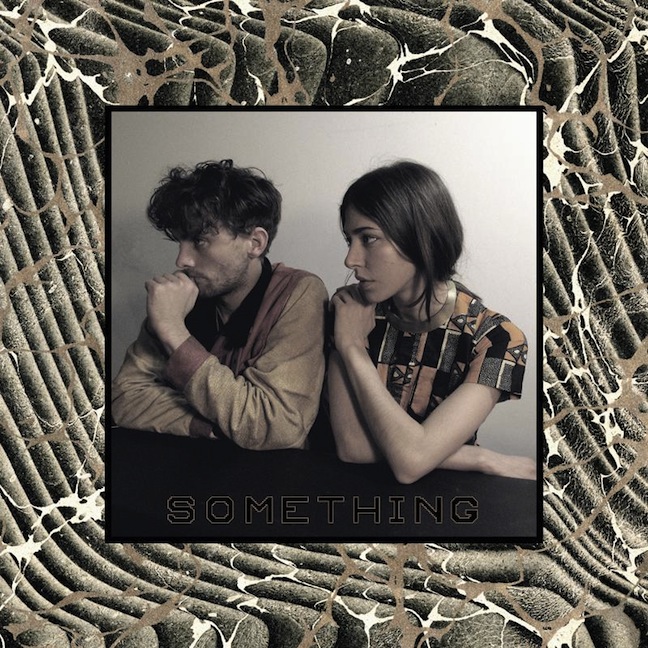 With Valentine’s Day approaching (and yes, I know 90% of you hate such a blasted holiday for various reasons), I felt reviewing something upbeat, fun and filled with strong female vocals would be appropriate.  The electronic pop duo, Chairlift, from New York fits these requirements nicely.  You may remember their hit “Bruises” (Does You Inspire You) that appeared on an iPod commercial back in 2008.  If not, that song is definitely something to check out.   Something [Columbia], is their latest album (released January 24th, this year) and is a bit more electronic and less indie than what you may assume from their “Bruises” days.

Chairlift’s newly developed look that stems from their sophomore album can be seen in their music video for “Amanaemonesia.”  Actually if a female (singer/songwriter Caroline Polachek) in a bodysuit making silly and strange hand/body movements for five minutes isn’t your thing, I suggest you wait until you at least hear some of their better songs on Something.  At first listen, some of the songs sound a bit Tori Amos and may fog your judgment (“Take It Out On Me,” the title even sounds like a Tori Amos song).  However, there are more modern tracks than there are of the 90’s sounding ones.   You may even start comparing Polachek to Grouplove’s Hannah Hooper (“Ghost Tonight”) and The Bird and The Bee’s Inara George (“Frigid Spring”).  When comparing Chairlift to bands that are held in such high regard, it’s worth your time to give it a few more listens.

The album has a dark, eerie feel, even with the fun electro-pop keeping you bopping your head along.  Polachek is able to mold her voice into the mood and ambiance of her story and many songs have this dystopian outlook, with a touch of irony in “Guilty As Charged.”   This happens to be my favorite song on the album, a well-written story where Polachek assumes first person point of view, being held in court for breaking and entering a lover’s home with a sexual innuendo play on words.   Not only is there a creative and unique storyline, but the music and melodies have a stronger and more updated feel than other tracks.  “Guilty as Charged” is polished and includes all the necessary factors for a personalized sound that I find myself desperately wanting Chairlift to present in other tracks.

This is not to say the other tracks are meaningless to listen to, because with tracks like the intro “Sidewalk Safari” you get the witty songwriting as well as “Met Before.” There is a lot musically going on in Something, but it tends to stay in this level of “good,” and not frequently leaving that zone.  I would typically think it’s the ambiance of the band, but being familiar with “Bruises,” as well as “Guilty As Charged,” I know they can get to that higher level.   Let’s hope on their next release they get out of their bodysuits and go beyond mediocre to fill their songs with the perfected Chairlift sound I know they have.