Warning: session_start(): Cannot start session when headers already sent in /home/customer/www/killingthecabinet.com/public_html/wp-content/themes/massive-dynamic/functions.php on line 5
 The Kind of Gossip You Can Rock Out To: Grouplove’s Spreading Rumours

The Kind of Gossip You Can Rock Out To: Grouplove’s Spreading Rumours 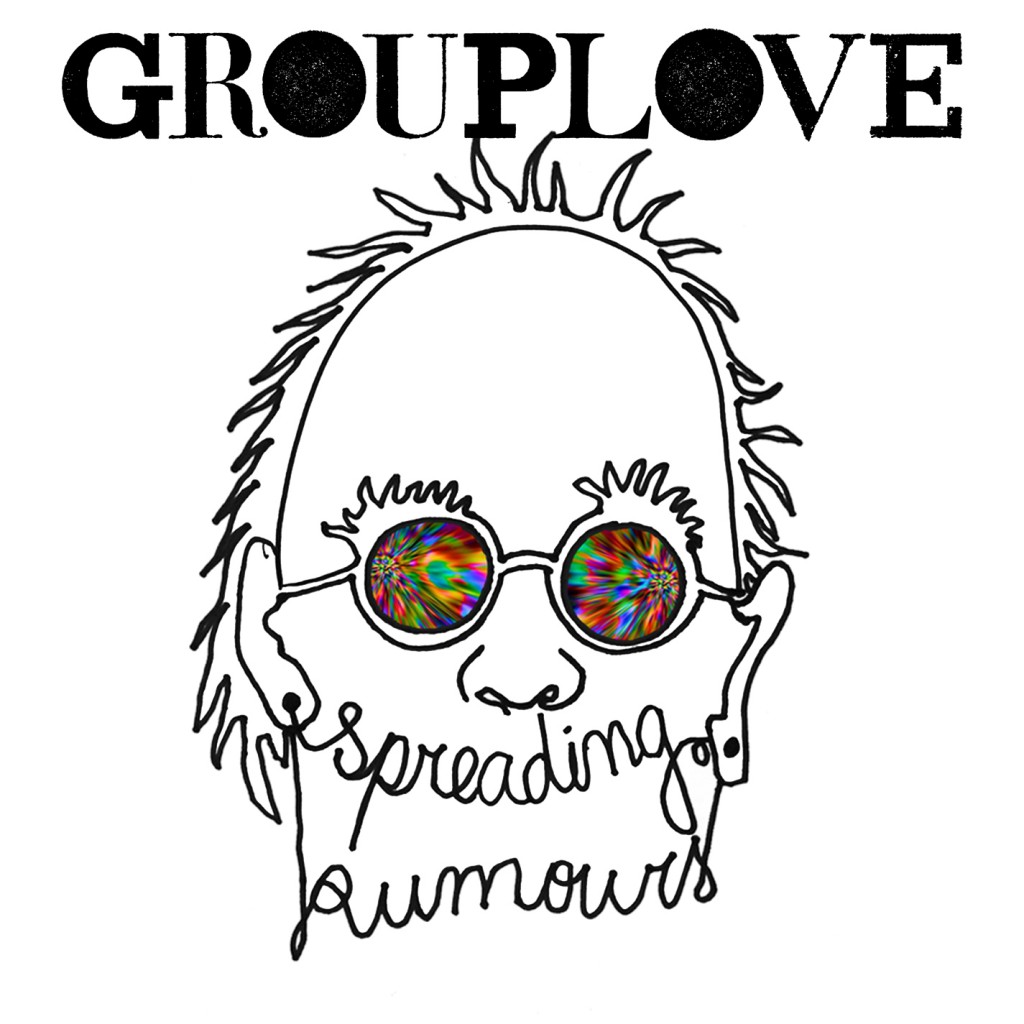 Not really being sure of what you’re getting yourself into, with anticipation building at every minor addition in the instrumental introduction, you pause as all falls silent and the simplistic notes are struck.  The dual vocalists gritty whispers are a friendly reminder that you’re indeed listening to Grouplove and as the chorus rolls through the contagious “ah-ah-ah-ah’s” and “oh-oh-oh- oh’s,” you’re spiraled back to the first moments you heard “Itchin’ On A Photograph” only two-plus years ago.  The comfort is a relief, though the effect of the high-sped, filthy talent bubbling in caffeinated amusement is electrifying.  This is why we love the born-in-Crete and now-calls-LA-home-quintet.  The swirly and fun is balanced with a punky rocker supplement, making their approach and final product quite unique.

Recall your initial meeting with “Ways To Go” (watch above!), you were graced with the presence of yet another outstanding Grouplove song.  The pieces were all familiar, you didn’t feel spited or disappointed at their next move, and you were instantly bouncing off the walls.  Basically, this is the exact reaction after listening to their entire sophomore album.   Spreading Rumours [Canvasback, Atlantic] (OUT NOW!)  is fresher than a Macoun apple on a sunny October afternoon (typical Fall New England analogies) without making bizarre attempts at experimental disasters.  Yes, “Hippy Hill” does tap a bit into dubstep action, but I wouldn’t refer to it as a “disaster.”  Everything is followed by a new head bob and air drumming, a new set of lyrics to sing along to at the top of your lungs (with some of us never being able to hit Christian Zucconi’s notes), and a new reason to devote yourself to this crew of artsy, music geniuses.

Rewinding back to Never Trust A Happy Song, the album consisted of a group of musicians that took turns being in the limelight sharing their own style (let’s say comparing “Colours,” “Chloe,” and “Naked Kids” to one another).  This became more apparent in a live setting and resulted in a clearer take on the makeup of the band.  Yet, here comes their second LP, removing the “folkier” (if you could even use that genre) strums and attitudes, and blasts you with consistent pop/rock tunes throughout fifty minutes.   However, nothing feels exactly lost, or missing.  Instead of dedicating entire songs to an individual band member, they have embedded each of their styles within every track.   There is also a sense of freedom, unrestricting their energy and professionally toppling over notes.  The feeling of positive exaggeration comes across in a brighter way than on their former album where they ended songs maybe a bit too early or cut short a drum solo perhaps.

Spreading Rumours is why I can be so critical about my upbeat indie pop/rock, because in reality there are unique, extremely talented musicians making music that I can thoroughly appreciate all components of.  Not just an “I like the beat,” …well on this album I happen to like the beat, the vocals, the melodies, etc. etc. Nothing is tacky or overused or pointless, but yet it is catchy beyond belief.  Take their newest single* “Bitin’ The Bullet,” with a sexy piano foundation and quirky vocal melodies are just what I need to transform annoyance into bliss.  “Shark Attack,” is another with its multiple transitions that won’t ever allow me to have a bad listening experience.  Grouplove, keep going my friends, you’re on quite a roll.