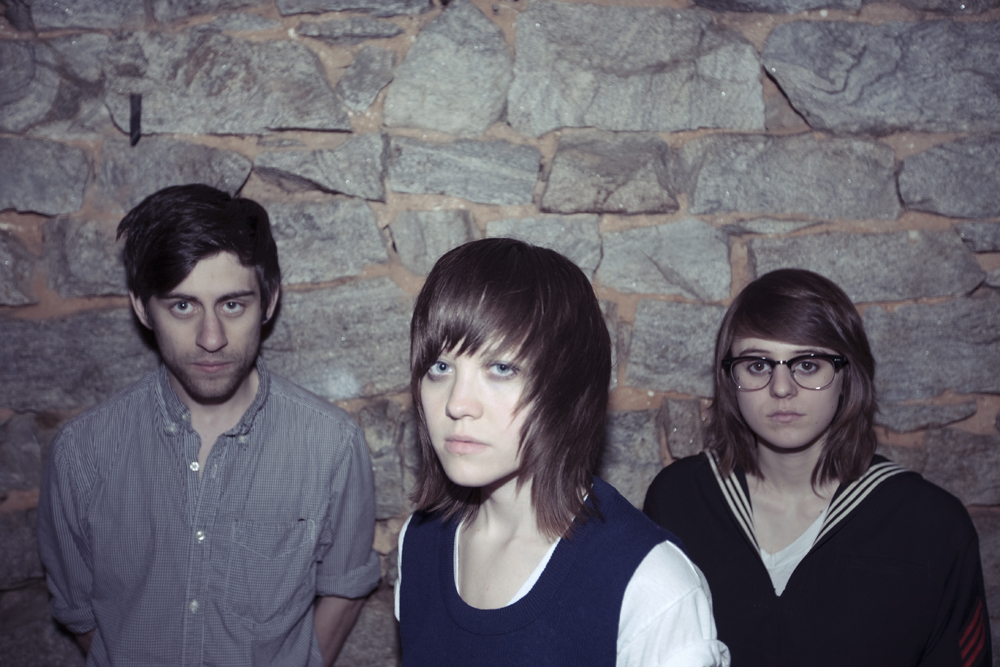 Now, Now is a three-piece indie band created, loved and shared since 2003.  A name change, passionate songwriting and a bit of luck have brought them to Europe with Paramore, a record deal with Death Cab For Cutie guitarist Chris Walla’ label “Trans-Records” and a current tour that stretches them across North America with New Zealand’s “The Naked and Famous“.  We caught up with Cacie Dalager from Now, Now recently…

Matt from ktc to Now, Now:

We found about you on wearehunted.com.  You’ve built quite the following over the years. Are you scared of the pressures involved in the wider audience you’ll impress upon?

CD: We are more stressed than we have ever been just based on the amount of stuff we have to do these days. But we have been continually stressed out from the beginning. So more people is intimidating but doesn’t necessarily mean more pressure for us because we always stress out the same amount.

What is the singular most memorable moment of your musical ride (so far)?

CD: It’s really difficult to pick just one. There are a lot of memorable things that happen on tour. But if you need me to pick just one I would probably say the recording of this album. It was something we had never experienced before. We were so emotionally invested in this project. I get such a specific and strong feeling when I think about being there. I don’t know how to explain it. We were recently in Vancouver and made a quick stop to the studio where we did most of the recording. It was so disorienting.

Your songs touch upon sleep or lack thereof.  Care to expand a bit on that?

CD: I have always had a hard time sleeping. I’ve been that way since birth.

Threads has this epic reach-back to earlier Death Cab For Cutie.  Were/Are you guys fans of DCFC? Have a favorite song or album?  Have/Do you draw on them for inspiration when writing songs?

CD: Death Cab was one of the first bands that moved me and made me want to start writing. The Photo Album is my personal favorite. I love every song on that album. I also just feel emotionally attached to it because I listened to it so much when I was younger.

Recently, we saw you at the Wiltern in Los Angeles and The State Theatre in St. Petersburg, FL.  I noticed that you were really having fun at the Wiltern Theater (in Los Angeles) even though the stage lights can make the crowd look like a sea of black.  It seems you all really love what you do.  What I noticed in St. Pete was you’re all on your “A” game.  Cacie and Brad were taking in Vacationer while Jess was working the merch table, then shortly after you all were at the merch table together!  Having worked with a ton of bands, seeing this type of energy and organization from a band is commendable and sincerely appreciated.  How do you stay so focused?  Is there a “leader” amongst the three of you?

CD: We try really hard to stay organized and focused when there is so much going on all the time. We only tour with one extra crew member which means there are only four of us total. So we all have a lot to do. Jess and Brad stay most on top of keeping stuff together. They are both whip-crackers depending on the situation. I am the most scatterbrained of us three so I am useless.

Charissa from ktc to Now, Now:

Ever since women started having more of a say in this world, female artists have seemed to go right along boasting their lack of use or need for men, or a significant other.  The idea of independent and strong women appears in music everywhere.  This is why when I first heard Threads, I was instantly impressed with how you were able to bring it back to reality.  Yes, women can be independent and don’t need a relationship, but there are so many emotions involved with a sense of loneliness and wanting.   You touch upon this inner turmoil that music has so earnestly tried to ignore.

You’re very brave to touch upon the sadness of not having, and wanting someone.  Was your theme always there, or did you make a conscious effort to share these feelings with your audience?

CD: I think it’s just something I am always feeling. I’ve never made a conscious effort to convey any specific thing while writing. I just write about whatever feels important or whatever feels like it needs to get out of me.

With the inclusion of the banjo-sound in “Colony” and multiple shoegaze moments it seems that your music is more diverse than just an indie rock genre. Would you just stick with this genre or are there any other categories that you’d like to place music in?

CD: I have sort of the same answer to this question as the previous one. No specific desire to be in any particular genre. It’s kind of hard to control what we feel compelled to write. It just happens.

The album cover of Threads has this great vintage photograph of a mountain, which also appears on the bands’ website image.  Is there a background story to this image?

CD: Brad’s mom took that photo on a trip she went on in the early 80s. 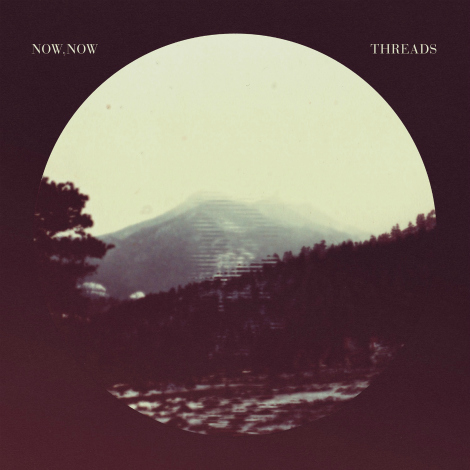 Check out Charissa’s review of Threads from April here.

Have the long drives to the next show resulted in any thoughts about new material, whether lyrically or instrumentally, for your next album?

CD: It’s actually really hard for me to think on long drives. It just feels like staring off into space. Someone is usually playing music and we are usually talking or going stir crazy and laughing at everything. It’s so hard to not get delirious.

Fun. are advocates of the LGBT community, including their collaboration with Revel & Riot (a LGBT clothing brand and news source).  Do you think indie bands being able to show vocalized support shows a great movement in America’s acceptance of people’s different lifestyles?

CD: I think people have always been able to stand up for what they believe in. But more people are willing to stand up now.

Cacie and the rest of Now, Now are extremely busy and we’re grateful for their time & energy.

You can pick up Threads here.

You can see them on the road with Fun. or Hellogoodbye here.