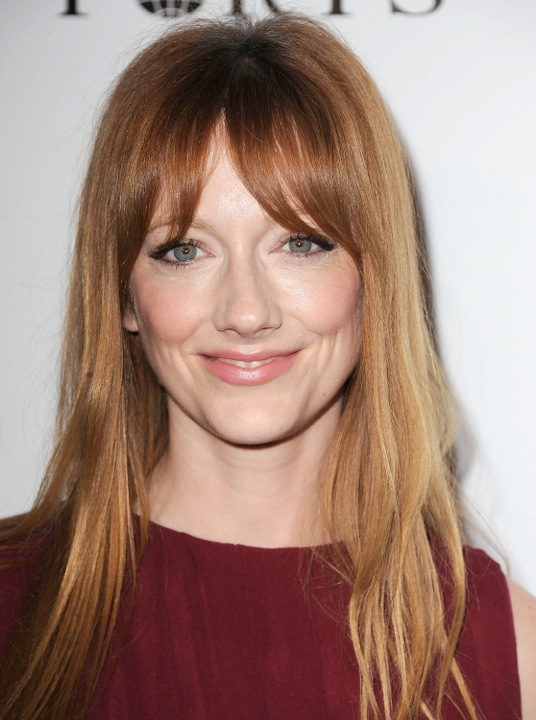 Welcome to killing the cabinet’s shiniest new offering. A piece dedicated to interviewing a public figure, actor or actress or other entertainer who doesn’t call music their first home, yet has a deep appreciation for all things music. Our first invitation was sent and accepted by the multi-faceted Judy Greer. You may know her as an actress on television shows such as Arrested Development, Two and a Half Men, Mad Love and Always Sunny in Philadelphia or her voice over work on Family Guy, Robot Chicken or as the world class secretary Cheryl Tunt on Archer.  She’s also been cast in a variety of feature films such as The Descendants, 13 Going on 30 and the recently completed Carrie.  Either way, you should know that she is extremely versatile with a background in theater and a passion for a wide range of music spanning international genres. We’re pumped to have spent a few minutes with her while she’s shooting Dawn of the Planet of the Apes in New Orleans. If you want to make it in the entertainment industry, you need to be flexible, tough as nails and have a multitude of talent that will prevent you from being typecast; luck doesn’t hurt either.  Judy’s tireless work schedule, dedication to exercise and role diversity sets the bar very high for us all.  She’s also ridiculously hilarious.

Having a background in Russian ballet and theater, is it easy to say that classical music was a big part of your earlier life? Is it still?

JG: It was, but more because my mom played it in the kitchen a lot. We went to the Detroit Symphony Orchestra a lot when I was a kid, I think my parents had season tickets or something like that.

What was the last concert you attended and the last song and/or album you purchased?

JG: Last concert was Father John Misty and it was AMAZING!!! We went to his show in Pomona, and he rocked out and sounded like a million angels singing in my ears. Last album I bought was Kendrick Lamar Good Kid, M.A.A.D. City last week.

Your Reluctantly Healthy Webisodes take the viewer on a quick ride through different lifestyle tips, whether fitness or healthy cooking. When you work out, what tunes do you need to have blaring in order to stay focused and motivated?

JG: I listen to a lot of Bhangra music and hip hop when I workout. I LOVE the Smashing Pumpkins when I’m running too. LOUD.

A few years back you were featured in a Mac commercial, trying to calm a stressful PC through yoga. Frequently, through commercials like Apple’s or various automobiles, we’re presented with new music from bands that we actually become a fan of. Do you ever begin Shazaming commercials in order to capture new music? Or do you have another quirky way of finding new tunes?

JG: I haven’t Shazamed a commercial yet, but I remember when I heard Moby for the first time, it was during a commercial and I was kind of blown away. I don’t have a ton of time to research new music right now, but I Shazam the shit out of SiriusXMU when I’m driving around.

Having been nominated for a Teen Choice Award for your role in “13 Going On 30” back in 2004, we’ll leave the category up for the reader’s imagination, the five “rock” songs up for nomination at this years’ awards (Awards show: August 11th, 2013) are bands many of which have been featured on our blog; “Carry On,” fun., “Gone, Gone, Gone,” Phillip Phillips, “Ho Hey,” The  Lumineers, “Radioactive,” Imagine Dragons, and “Sail,” AWOLNATION. Let’s pretend you have sole control over the receiver of the award, who do you pick?

JG: Have to go with “Ho Hey” by The Lumineers.

If you had the choice between a southern blues bar in Nashville, TN or a dance rave in LA, which would you chose, and please don’t be discouraged to indulge on your reasons why. What’s your favorite venue? (U.S., or anywhere worldwide really)

JG: I go (with) Southern Blues in Nashville. I love the south, I love all the cool bars down here, and I love smaller, more intimate venues. I also enjoy watching people play instruments, and I don’t remember any instruments being at any raves I’ve been to, well, maybe a whistle. Does that count? My favorite venue……probably St. Andrew’s Hall in Detroit. That’s where I saw shows when I was in high school. It will always have a special place in my heart.

Isn’t it great when you get an artist or album and you love it so much that it literally becomes a part of your life? Talk to us about one of your favorite records and why it has been important to you.

JG: The Suburbs by Arcade Fire. My husband and I saw them at The Shrine in LA, and that show blew our minds, so we love that album forever and always. And when we got married, my husband found a string instrumental version of it and we played it before our ceremony. But I can’t listen to any song from that album without thinking of that concert and how much fun we had at it (And how nuts I am about my husband. A little cheesy, but I feel compelled to mention it.) 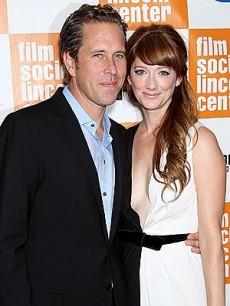 You’re filming “Dawn of the Planet of the Apes” in New Orleans right now. We hope you’re enjoying the humidity! haha. The musical diversity of that city is enough to make your head-spin. Have you had any chance to see any of the plethora of Jazz, Blues and touring acts at your disposal?

JG: I have! My hours here are weird, but I love Frenchmen Street and wandered into a few bars and caught some music last weekend. I like that you can go anywhere and hear a band, I’m not picky.

We work with a lot of emerging artists here at killing the cabinet. As someone who’s been in the “industry” in a plethora of capacities it seems that flexibility has been one of your strengths. Care to share any other wisdom for the artists that are trying to break out?

JG: Wow. That’s a good question. Acting is so different than music, but for anyone in the arts, I would say keep studying, keep traveling, keep reading. It will help you stay out of a rut.