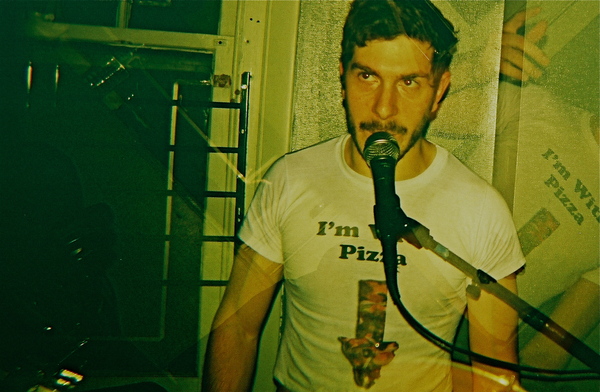 Both George and Jonathan and D. Gookin are from New York State.  G&J was featured as part of a Google campaign last year and we found D.Gookin through an earbits promotion this past month.  We had the chance to catch up with both artists this past week.  Check out our interviews and support them if/when you can!

interviews done by matt and chris

Let’s start from the top.  D. Gookin is your stage name, how did this come about?

Your album Prey on The Prize [Moodgadget] is as fresh as can be (out September 28th).  Did you use the same people for the recording process?

D.G: It’s actually not on moodgadget just self released. And now actually out October 4th. Grant Wheeler from Body Language helped me craft some of these tracks a little but the process was pretty much the same as all my other stuff but with higher amounts of Starbursts & iced coffee consumption.

Fading back to 2011 and your 6 track EP Spiral Style was a bit “harder” while Prey on The Prize seems more “pop-ier”.  Was this intentional, a cause of inspiration, both or neither?

D.G: It was intentional to make this 1 ‘clean, clear & under control’ where the last one was a little more of a messy splatter paint vibe. I wanted it to be more like ‘staring into the night sky’ rather then ‘getting pummeled in the face by a super soaker’ I definitely was looking to make this more accessible & almost ‘disposable’. Pop that I’m into is usually very basic & has a ‘quick fix’ sound. At the heart of this, I am trying to emulate reggae that I love through my personal lens so really theyre simple beats that I ‘toast’ over.

What’s your secret career musical goal? Whether it be a venue, a band you wish to share the stage with, working with a particular producer or meeting your psycho fan in Thailand, etc.?

D.G: Instead of ‘Sublime with Rome‘ check it out just throwing it out there…’SUBLIME WITH GOOKIN’. Also I would love to share the stage with the following – Mod Sun, Unicorn Kid, Deftones, Sean Paul, Young Money, Hed PE, & Cake. all. on. one. show.

The music industry has been transitioning for about 15 years.  Do you think progress is good so far?  What would you change?

D.G: It’s definitely too bad CD culture and buying music is down now, but being able to build your own following and vision online is the only reason I exist. It would also be impossible for most of my favorite music to exist. Also ppl who run What.cd are way too strict & unforgiving can anyone hook me up with a new invite? I was ‘inactive’ for too long but my ratio was FINE. Really annoying. 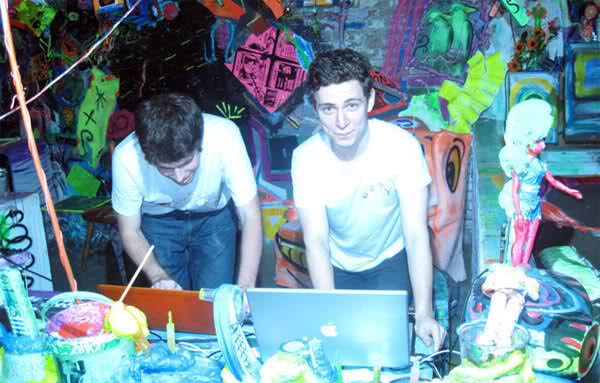 What artists influenced you and what appealed to you about making this type of music?

G&J: Anamanaguchi, Andrew Sarlo – we grew up writing/sharing tracks together. We were always just trying to make funny/good music. Self amusement was the main appeal.

EDM popularity seems to be transitioning this year while the economics are sorting themselves out. Do you consider yourselves part of that scene?

G&J: Not really.. I guess we have some material that dabbles with EDM a bit but I wouldn’t say we’re part of that scene.

Since 8 bit is such a huge part of your style, how much does video games have an influence on your music?

G&J: Not much influence. We definitely grew up playing games and were into music on the snes and genesis but the goal has never been to make video game music. The main thing that we like about low resolution and 8 bit sounding tones is how cool it sounds when you transpose samples in trackers- its a crunch similar to that of an old sampler from the 80s… it makes things sound super punchy and compressed- which is the best.

Do you see yourselves possibly stepping into the film world and scoring music?

G&J Yes! We’ve been dabbling with that quite a bit recently. more info on that later 🙂

Are you fans of Spotify? What are your thoughts on streaming?

G&J: Don’t use spotify. Streaming is cool. Spotify should pay artists more though.

It’s been almost a year since you released Beautiful Lifestyle. Are you working on new material?