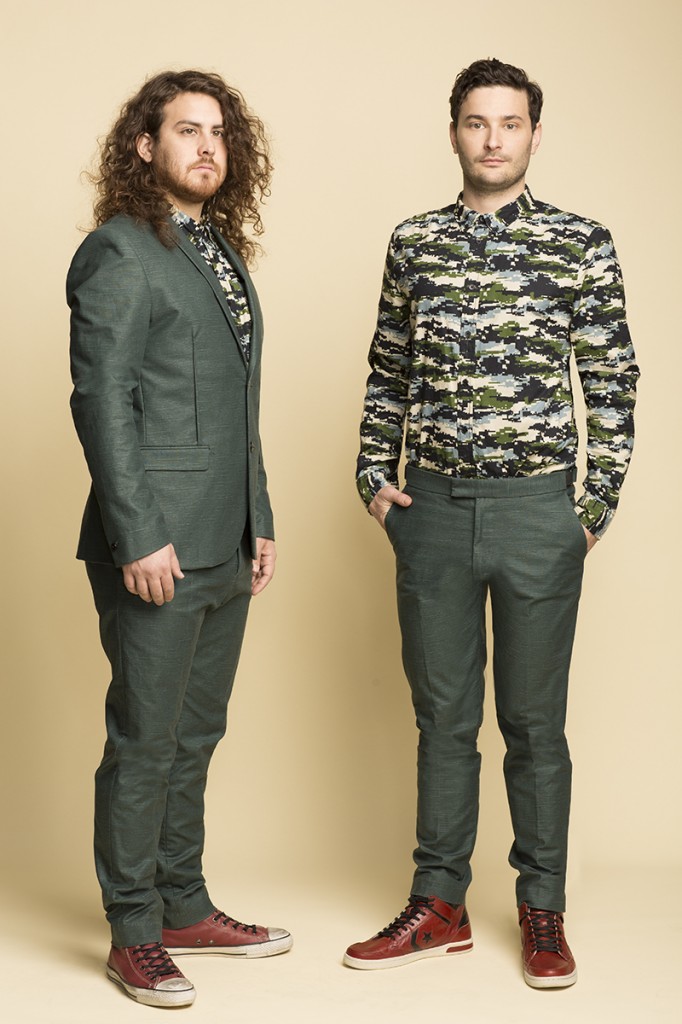 Let’s just call it a nice surprise.  Starting in late winter I was hit with their single “If You Didn’t See Me (Then You Weren’t on the Dancefloor)” (watch the awesome video here) and instantly fell in love.  On a trip to Houston I must’ve listened to this track 30 times over the course of the weekend. In the madness of some amazing releases this year I didn’t get a chance to get a first listen, but Charissa did.  She kept bugging us to soak in the glory of their latest offering (DEJJ – The Speed of Things ::: Out Now! ::: Our Review ::: Get It Here!) and bragged about it being her favorite album of 2013.  Proof.  We chatted with the Detroit natives Dale Earnhardt Jr. Jr. to get the skinny on their favorite tune on their latest The Speed of Things, their favorite artist to potentially tour with and their advice to emerging artists.

Upon the release of The Speed of Things, on your website you suggested fans and strangers of Dale Earnhardt Jr. Jr. share the album with two friends. This pass it on continuum seems like a steep approach, though knowing how monumental your album actually is, quite doable. What is your motivation behind this notion? Album sales? Question the faith in humanity?

DEJJ: Music only grows when people talk about it. We wanted to encourage people to share what they felt when listening to our latest songs. It’s also a great record to listen together with friends. A community record.

Your “War Zone” and “If You Didn’t See Me (Then You Weren’t on the Dancefloor)” on Conan was everything we had wished it would be with high energy and spot on everything. What was it like being on Conan? Best part of the experience? Was there a worst part?

DEJJ: It’s always magical when you’re on TV, but Conan is always special because he was the first person to believe in putting us on. There is never a worst part when you get to play your music on TV. I’m pretty sure I just cursed us.

The vocal melodies on The Speed of Things have fascinating, subtle and delicate harmonies. Tell us about your background with vocal training? Or were you both naturally born singers?

DEJJ: We are both NBS. 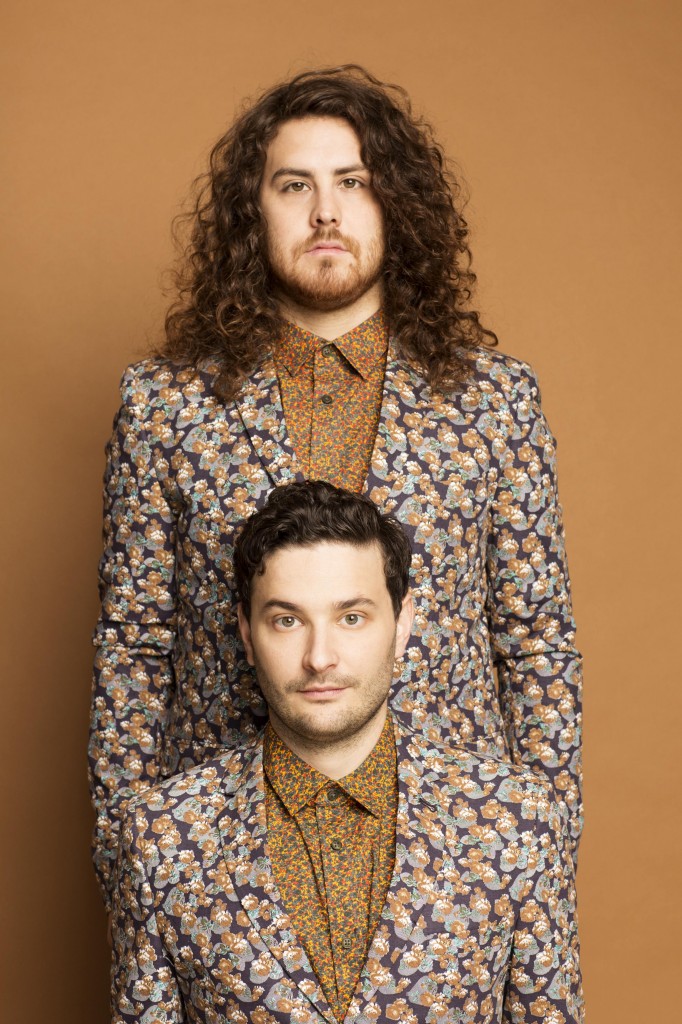 What is your favorite track on your newest album? Why?

DEJJ: My favorite track is “Gloria” because it’s sonically impressive and yet completely intimate in regards to the vocals. When I listen to it I think “how did we make this” and that’s always a good thing

If you could go on tour with any present-day touring artist, who would it be? What about an artist that is no longer living?

DEJJ: The Flaming Lips would be a pretty amazing band to share a stage with. If I could play with the Beatles before they stopped touring, because of the screaming girls, I would definitely be the happiest touring musician ever.

Recently we saw you in NYC on the Ones To Watch tour with Atlas Genius and Family of the Year. This was definitely a tepid NYC crowd. Tell us the good, bad and the ugly experiences of being the opening band on such a high profile tour.

DEJJ: As an opener our job is to kill it every night regardless of what the other bands do. The good is that you aren’t responsible for the success of the whole show. You just have to steal as many fans as possible. The bad is that you don’t have much time to do that. This is why we jam pack our short set with everything possible to get people to remember us.

Your music has been described as indie pop rock, electronic pop, psych retro pop, and a mix of hip-hop and folk. What emotions are you trying to evoke with these sounds?

DEJJ: We really just want to make sounds that sound good to our own ears. We listen to a lot of hip hop and dance along with folk music so that is probably why it ends up in our sound.

I love that you say that accepting a band called Dale Earnhardt Jr. Jr. is the first step in opening up to what the band really has to offer because “you’ve already decided to leave expectations behind.” Do you feel that the perception of you and your music would be different if you had a more direct, less-confusing band name?

DEJJ: Perhaps. I guess well never know. Our hope is that the music speaks for itself and that the name becomes less significant as people realize we are here to stay.

We work with a lot of baby bands here at ktc who will read this interview for this question alone: What piece of advice that helped your career would you pass on to another aspiring artist?

DEJJ: Get out while you can. Not really- but if you’re looking for career advice pertaining to success than you should also know that you’ve entered the lottery. Your chances are slim. However, if you love playing and making music then my advice is to just keep learning and creating. Never think that you’ve learned enough. Listen to criticism without holding too hard to what you think is your thing. Your thing always changes.