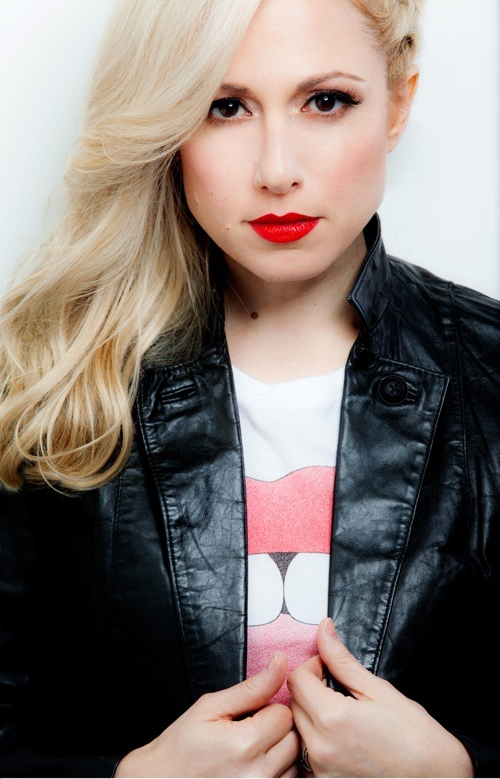 KCRW has a lot of class and swagger in Los Angeles.  They host many shows and events that cater to interesting music from a wide variety of genres.  I happen to follow them on Spotify and that’s where I first heard the tune “When The Music’s Loud” by DJ Colette.  I’m a big fan of warm and fuzzy noises from artists like College and The Chromatics so this tune matches my Friday nights very well.  Recently, Colette released her album “When The Music’s Loud” and just like KCRW’s mix, she covers all the bases.  She sings, writes, is a mom and is a pretty well known House DJ.  She’s been around the business since the 90’s and has a voice you won’t soon forget.  We got to spend a few minutes with her right around her album release, and here’s our interview.

We bumped into you on a playlist that KCRW made featuring your luscious single “When The Music’s Loud”. We hear influences ranging from legends Fleetwood Mac to contemporaries The Chromatics. What’s the back story on this track?

C: Tim K and I were listening to a lot of Italo-Disco when we made that song. Stylistically it fit what was already happening on the album, but it still stood out and created a new sonic corner for the record. It’s unlike anything that I’ve made before, but it still feels familiar.

This past week you dropped your 3rd full length album When The Music’s Loud [Candy Talk Records] (Out Now, get it here) that supposedly expands into new territory sonically.  Was this a refreshing natural change or more following the times or a combination of both?  What track does everyone need to turn up on a Friday night?

C: We spent 3 years working on the album so we weren’t trying to stick to any popular sound of the moment. I wanted to make a record that combined 80’s textures as well as 90’s House, but still feel modern. Growing up in Chicago I started listening to House at a very young age so those sounds are what I gravitate towards in the studio. I think the Friday night party starter goes to “Hotwire”. Acid House always gets the bootays moving!

We ask a lot of artists this question, because the answers are so diverse (and mostly genuine)…Getting noticed is half the battle, especially through a sea of noise (literally and figuratively) in music these days. We work with a lot of young, aspiring musicians at ktc. What’s one good piece of career advice that you can share?

C: Learn your craft, play and make music that you genuinely love and never give up. You never know what may be coming up round the corner.

Would you say that dance music / djs / indie rock make up the roots of the Chicago music scene? Do you see a growth in music consumption in your hometown?  What city do you think is the heartbeat of electronic music?

C: I’m more familiar with the DJ side of things, but I do know there’s a huge indie scene as well as a great jazz movement in Chicago. The dance scene in Chicago has definitely grown as there are too many clubs to count now, but the only venue that has consistently promoted underground House is Smart Bar. They’ve been around for 30+ years and have created a home for everyone that came up in Chicago. Chicago is where House originated so to me that city will always be the heartbeat of electronic music.

Traveling and touring seems to be the norm for any successful artist.  What’s one place you’re excited to visit?  Is there a city outside of Chicago that Colette seems to have a second home fan-wise?

C: I would love to play in Greece and spend some time there. The scenery is breathtaking and I’ve heard the parties there are amazing. Outside of Chicago I love playing on the West Coast. It’s kind of a tie between LA and SF as there is so much love from each city. One of my favorite things about LA and SF is that kids seem to walk into the club already dancing. There’s no warmup, just straight to the dance-floor.

Tell us about one of the happiest moments in your life and explain how you were able to translate that emotion into your music. Is there a specific song that you’ve done as a result of an extra special moment in your life?

C: When my husband and I first started dating I was just finishing up writing songs for my album Hypnotized [Om Records] (get it here!). The song “The One” tells the story of us falling in love. I was lucky to collaborate with Kaskade on that track and to this day I listen to that song and remember my first moments with Thomas.

In your article with Billboard, you shared your yearning for experimentation overstepping the people pleasing aspect that many artists tend not to toy with.  What was your biggest influence for wanting to branch out? C: Like everyone I love a wide variety of music and when I’m in the studio I feel that’s the best time to experiment. I wanted the album to be cohesive, but I also wanted each of the songs to have their own moment. I didn’t want to make a record that was 10 versions of the same song. The album definitely goes for a ride and hopefully people enjoy that.

Your son is over two years old now (yay preschool soon!), during his bedtime routine do you find yourself singing a specific lullaby? A melody you’ve created on your own?

C: I’ve been singing “you are my sunshine” to him since he was born. He loves to sing so much now that he prefers to sing the song to me at bedtime.

In your formative years what artists helped mold the sound that you’ve created?  Any new artists on the scene (that you personally or professionally know) that we should keep an eye out for?

C: Growing up I was a big fan of Stevie Nicks and Debbie Harry. My first DJ heroes were Derrick Carter and Mark Farina. Some of my favorite producers right now are Golf Clap, Sonny Fodera and Giano.