Interview: i hate you just kidding 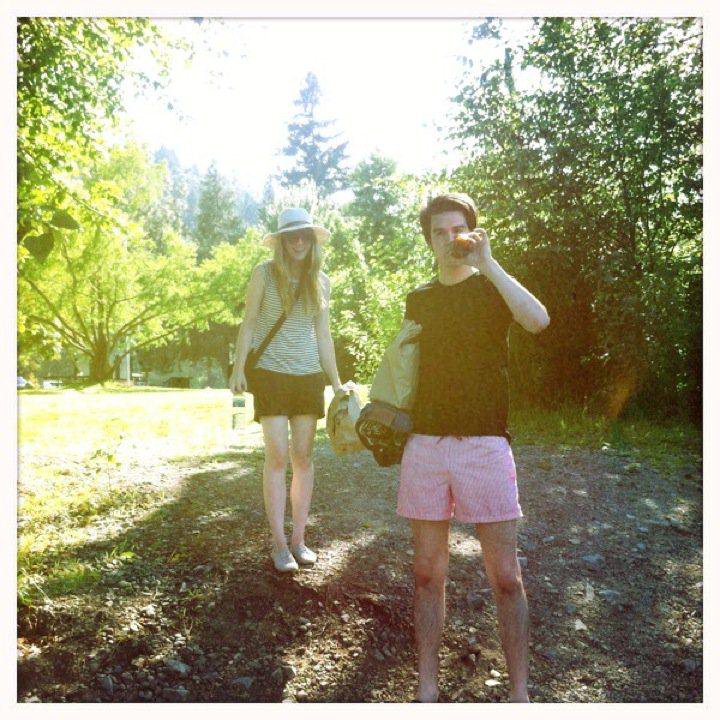 IHYJK has been around since 2009(ish?). What’s the one thing you hope you’ve accomplished in 3 years of being/starting/growing a band?

IHYJK: If there could be only one thing to hope for, it’s to have done something good with our lives. And honestly, we’ve had a lot of fun traveling around and making music together. We plan on doing this for as long as humanly possible.

Days Grow Longer [I Hate You Just Kidding] has a real 2011 feel to it.  Oh wait, it was released in 2011…but it sounds so fresh, so new!  You’ve just teased the public on your Facebook about a new EP on the horizon?  Care to divulge details?

IHYJK: It’s actually going to be a 12″ record that will feature 8 new songs spanning 30 minutes. The album combines mellow dreaminess and folk sensibilities with a vibe-y, sometimes-bigger sound. Also, most of our stuff is melody-driven and we want people to want to sing along… so hopefully that comes across in the new album.  We’re going to release it digitally, on CD, and it will be our first album pressed to vinyl.

Many of your songs are like short poems.  Are there any speciﬁc poets that inspire you as lyricists?

IHYJK: Actually, we both wrote poetry before we started writing songs. Jessi: I really love Emily Dickinson’s style of writing, how she chooses words that flow well when you say them out loud. I think her subject matter influences me a lot too (sailors and the sea, birds, rhetorical questions). Also love the simplicity and humor in Richard Brautigan’s poetry.

Jeremy: There are so many poets, novelists, songwriters I enjoy; Here are just a few favorites that have influenced my writing, and more so, my life… Walt Whitman’s “The Untold Want”, Charles Bukowski’s “Alone With Everybody”, Henry Wadsworth Longfellow’s “A Psalm of Life”, and George Carlin’s “Modern Man”.

What types of obscure things motivate you to write songs?

Independence has its ups and downs.  Are you self-releasing or releasing on a record label this time around?

IHYJK: We’ve self-released everything thus far, which of course has it’s pro’s and con’s, but this time we’re doing it a bit differently. We are (as is normal) fronting any recording/studio and mixing/mastering costs, but we’re also going to be launching a Kickstarter campaign to aid in making the vinyl. Our fans will be directly involved in helping us release it, and there are numerous exciting opportunities for people, including (but not limited to) receiving a vinyl test pressing, hosting a private concert, and getting a song written specially for you!

IHYJK: We have a nice little vinyl collection we love listening to. There’s something about the ritual of putting a record on that makes it a special experience. And it requires you to think a little more about your selection, to put in a little more effort. But sometimes we’re in the car, here or on tour, so we put on CD’s or an iPod. Our music is currently available on Spotify and Pandora and other streaming services, and it’s a great tool for new fans to check out and stream our music for free. Though, as working musicians, it saddens us to see these type of sites hurt album sales sometimes. After getting thousands of streams per song, artists literally only see a few pennies. Not exaggerating. In other words, always buy music! and you should buy it directly from the artists, too. It makes everyone feel special, and life is better that way.

What musical instrument has inspired you this summer?  It can be anything, ready? go!

IHYJK: Jessi: In February I found this little vintage Stella acoustic parlor guitar in a thrift shop in Caldwell, Idaho while we were on tour.  I’ve written 4 or 5 songs on it!

Jeremy: I recently fell back in love with my Fender Stratocaster. You’ll see me play it quite a bit more from now on.

You’re both planning a cross-country tour starting in November. Will this be a white van tour? Who will accompany you on your tour?

IHYJK: We actually had to cancel our November tour plans due to unforeseen circumstances. (Not sure if you want to include this question anymore, haha. ) but we’re planning on doing a national tour once the album is finished.

What’s one world issue that is near and dear to your heart that you would most likely support or use your career to raise awareness for?

IHYJK: There are so many different organizations out there supporting and/or opposing practically anything you could think of. We like to stay far away from these organizations. We are not a political band, and we have no intentional political agenda. We just want to make music that affects people on a personal, individual level, rather than try to change the world.