We caught up with Janette Baxa, a publicity and marketing manager for Live Nation Southern California this past week. We asked her a few questions about the state of live music, the next show to not miss (both personally and professionally) as well as what music has motivated her in 2012.

Live Nation is an American entertainment company formed by the merger of Live Nation and Ticketmaster. Live Nation acts as a promoter for artists often signing bands to record-label type deals while Ticketmaster acts as the agent and distributor of digital and physical ticket sales.  This synergy promotes monster artists such as Jay-Z, Madonna and U2. 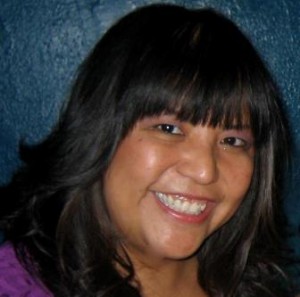 The music industry has been in a digital revolution the past decade and now it’s in a streaming revolution. Has this been good or bad for business in the ticketing/promotion industry? Is this best yet to come or has it already passed by? I think the streaming revolution has been great for the concert promotion business.  If you want to listen to what a band sounds like, it’s right there at your fingertips.  If you really like what you see and hear, you want to see them perform those songs live.

JB: My perception is the best is yet to come as technology is constantly changing and improving.

Friends and/or family are coming to Los Angeles and they want to see a live event.  What venue do you recommend first?

JB: I’m going to be biased and recommend The Wiltern.  It’s a beautiful art deco theater that’s a registered Los Angeles Historical cultural monument.  It’s a 2300 capacity venue with a pit in front of the stage that gives concert-goers an up close music experience.  Even the mezzanine seats offer a great view of the show but you can still experience the intimate vibe.  Some of the biggest acts in the world have graced The Wiltern stage.

Having Live Nation promote your band or event is quite an honor. It’s almost like a “we’ve made it” for the artists involved. Is it really all about major label artists? Can the independents squeak by and get Live Nation support?

JB: Thanks for the Live Nation props.  Back in the day, it used to be all about being on a major label but the digital revolution has changed the musical landscape dramatically and musicians no longer need the support of major label in order to get exposure.  Live Nation actually has a lot of indie acts performing at our venues but especially at The Wiltern and Hollywood Palladium in particular.

There are more artists, shows and venues than ever before. What are your goals as the publicity and marketing manager for a section of the country 25m+ people strong?  How do you reach so many of them?

JB: My primary objective is to obtain maximum exposure for my events with the ultimate goal being a sold out show.  I utilize a variety of methods both old and new school to try and make that happen.  From a marketing standpoint, I advertise on television, radio, online and print but everything is contingent upon on the ad budget and what’s appropriate for the artist. I take full advantage of social networking sites like Facebook, Twitter and Instagram.  Sending out e-cards with show on sale info or sweepstakes contests like text to win is another effective approach.  I also do tickets giveaways via radio, retail, blogs and have good old-fashioned flyers distributed at applicable events.

From a publicity standpoint, I pitch journalists, TV bookers and radio show producers to get artist interviews, calendar listings and previews for our shows so people will buy tickets to the concert.  My press contacts range from the smallest blogs to national online, print and broadcast media.  However, I concentrate more on reaching out to regional press outlets focused on Los Angeles and surrounding markets as they tend to give more coverage to my shows.  Each week, we also send out info to our publicity database with our shows are going on-sale and the Live Nation Calendar of Events.  In addition, I service press releases as needed.

What show shouldn’t we miss in the next 6 months? One personal pick and one professional pick please.

JB: This question is tough as there are so many choices but I guess if I can only mention one personal pick, it would be My Morning Jacket at The Wiltern in September. They have three shows with different support acts each night.  They’re such a tight sounding band and their live shows just really move you.

My professional pick would be Vicente Fernandez.  I know most folks reading this won’t know who he is but he’s one of the biggest Mexican singers of all time and a legend in the Latino music world.  He’s an older gentleman and he’s playing 3 L.A. shows in November as part of his farewell tour.  I don’t speak or understand too much Spanish but when you see him perform, you are blown away at how powerful his voice is and his magnificent stage presence, that it overcomes the language barrier.

Being a publicist and marketing manager, you have the ability to be involved in more than just one specific avenue. What is your favorite aspect of your job?

JB: My favorite aspect of my job is being able to attend some of the greatest concerts that Los Angeles has to offer.  It’s especially gratifying when the event is one I marketed and/or publicized and is sold out as it’s indicative of the hard work and effort I put into it.  Being backstage and getting to meet the artists every now and then is pretty cool too.

What do you find artists struggle with most in the publicity/marketing field when getting started?

JB: I think artists struggle most with exposure and recognition in the publicity/marketing field.  It’s easy to get your music and videos up online but it’s pretty much ineffective if there’s no audience watching it and no hype. It’s the same deal with a live performance. Every artist needs to find something that’s going to make them stand out from the rest. You have to catch the public’s attention rather quickly nowadays and if you win them over, that’s when the buzz begins.

What new album or artist has most impressed you in 2012?

JB: Hmmm, that’s a tough one since there are so many great new artists this year in all different genres.  Off the top of my head, I would say Alabama Shakes.  They generated so much buzz just by being a tight live band with good songs.  Of course, I had to see their live performance before I made an informed decision and they were the real deal.  I stayed until the end of their show, which if you know me well; I only do for bands that are outstanding on stage. There’s not a lot of gloss with them and they aren’t a manufactured act, which I find even more inspiring.

In closing, I just want to say that I am truly grateful that I get paid to do something I love.

TAGS: Delayed Country, We5, Monster promoters, one of the good peeps in the music biz, Goldenvoice