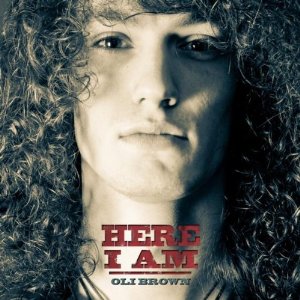 In the 1960’s British Blues had reached it’s height with bands like Led Zeppelin, Eric Clapton, The Rolling Stones and Fleetwood Mac blowing up the scene, evolving into mainstream rock bands that ultimately created the sub genres of rock music that continue to influence the bands that we listen to today. Many artists are continuing to make a name for themselves in the blues genre despite it’s decline in the late 60’s. The Oli Brown Band is one to be discussed. With his wailing electric guitar and enchanting yet simplistic singing voice, Oli Brown has held true to the foundation of blues music that has been the forefront of rock and roll for decades and is a fresh new face for a genre that is steadfast despite it’s overall decline in mainstream society today. Our interview with Oli shows the he understands and appreciates blues music and plans to be a major player in the game for years to come.

How old were you when you first started playing the guitar? Did you grow up in a family of musicians or were you naturally drawn to the guitar?

OB: I was 12 when I started playing the guitar. My dad had a bunch of guitars and played them every now and then, so there was some subliminal draw I’m sure. But really I just was bored with what school was offering me and a guitar teacher came in offering 20 min lessons so I just joined it for fun to see how it would go. Turns out I quite liked playing

Was there a specific moment in your life when you realized that you had the potential to have a successful career in music?

OB: When I was 15 and toured with an American band called Blinddog Smokin‘; we went around Colorado, Wyoming, Nebraska and Kansas for a couple of months. It was such an amazing experience to be part of and they taught me a lot about music and live performing. It definitely gave me a bug to always want to tour, I love travelling, but to play music while doing so is the way to do it for me. So I never really looked at it as “I have the potential”, more just “this is how I want to live my life”.

At such a young age, you have already established yourself as a solid fixture in the UK blues scene winning British Blues Awards in 2010, 2011 and 2012 for best young artist, best band, best album and best male vocals. What do you feel that you possess, next to talent, that you would attribute to your success so far?

OB: I think that education I had with ‘Blinddog Smokin’ and the risks they’d push me to take on stage really are what helped get me a good step into the music world. I wouldn’t be the performer I am if it wasn’t for them. I don’t really know what i possess as such, my motivation is to make music and create an atmosphere at a gig where people can get lost and forget about their week and just get into a vibe, I need that for myself as well as anything else. I can’t play a good show if there is no vibe, that’s typically why I enjoy standing venues over seated, I want to see people move. But the credit is a huge compliment to what I do… I don’t know, it’s hard to say really, I just do what I do and I have a great band behind me (Scott Barnes on bass, Wayne Proctor on drums) working their asses off behind me to make sure that all the music sounds solid. We have a good vibe, we make it a point to always listen to each other rather than ourselves when playing a show, like who is doing what and making sure that we are together, we want to sound as tight as we can but still creatively free to make sure the shows are a unique experience every time we play

My father, who introduced me to the Oli Brown Band, has made references to Robben Ford and Matt Schofield when describing your sound.  Are these some artists that have inspired you as a guitar player? Who else has been influential in your career so far?

OB: Both Robben and Matt have been influences for sure, as well as Chris Cain who has a similar’ish vibe to them. I like to pick brains of as many guitarists I can find really haha, I tend to buy albums of a guitarist who’s style I really like and learn all the solos from that particular album. First guitar hero though… Hendrix of course! It just worked for me in getting an insight to how they approach things at certain points. Also meant I could keep skipping any need of musical theory ha.

Is it common for you to find musicians your age that are also playing blues music?

OB: I think there is a pretty decent scene of musicians around my age that are playing within a certain point of the blues genre. They all are putting their own staple sounds over the genre rather than worrying the tick box of blues necessities. Same thing as me with blues being a base influence to the song writing but never the dictating point over the content, it’s a cool scene to be around for my age group as there just are lots of other inspiring artists about.

We have seen the transformation of blues music over the years – from deep south African American spirituals and work songs to Chicago blues, country, urban, electric and blues rock. Even jazz and soul were heavily influenced by the blues. Where do you feel that blues music stands in mainstream society today and where is it going next?

OB: Blues will always be there in the background influencing other genres of music in some way or another. There’s a lot of stereotypes to what blues should be which I think sometimes can be to it’s detriment and the reason why it is where it is. I don’t think it stands in a great place in mainstream society today, people who haven’t heard more recent blues artists tend to have preconceived ideas on what the music sounds like before even giving it the chance. When some people can get a little wrapped up to whether it fits a certain criteria of blues sounds. Music is always evolving, Rock, indy, Electronic, R&B, Hip Hop, Rap etc. but it is funny how 12 bar blues is in more modern songs than you realise if you really listen haha, and also some rap songs even sample blues lines. I think the blues genre has evolved a lot as well, where it goes? I have no idea haha, the pop scene is constantly changing to the latest fad by the month.

Do you notice that your music is received differently in the U.S. as opposed to the UK?

OB: Not really in terms of Country, it’s too big to generalize. Usually I find that it changes by each town I play in, it’s never a consistent vibe throughout a whole country. Sometimes the audiences are really loud and really responsive, but then you could drive 2 hours away and that next audience really just want to listen and focus on the music making them not as loud  and lively. We are pretty relentless at our live shows so even if the crowd  are quiet we like to find a way to make them lose their inhibitions by the end of the show and get rowdy.

What have been your favorite venues to play and where are you most looking forward to playing next?

OB: Not a venue as such but I love festival vibes, and pretty much all the ones we’ve played have been amazing, as you get an up for it crowd and usually people have no idea who you are or what to expect. Especially in the American scene as we are just beginning to push into it. It’s just a great push that no one thinks anything of you so you just go out and give it your all and hopefully get to a lot of new people who otherwise wouldn’t have given you the time of day. I guess a venue I always love playing is a place called “The Waterfront” in my home town Norwich England, we finish off the year with that show as like some Christmas get together. I see a lot of folk who were there supporting my career when I was in small bars working a local scene, it’s just a nice way for me to wrap it up and always thank the people who put their time into supporting me.

What are some ways that you find new music? What have you recently downloaded that might surprise your fans?

OB: Recommendations actually, I like to just hear who people have been listening to and then just buy the album and give it a go. Usually it’s a pleasant surprise, I like a lot of music, mostly rock but I do love my other genres. The Dø “Both Ways Open Jaws”, awesome Finnish/French band with a stunning female vocalist and great rhythms, effects and sounds. Just cool song writing and incredibly quirky, “Slippery Slope” is a great song from that album, great video too.

What is one thing about Oli Brown that we would never know if you didn’t tell us right now?

OB: I love old architecture, that’s one of my favourite things to do when I travel. Check old buildings and history, especially Roman architecture, the Italians had it right for sure.