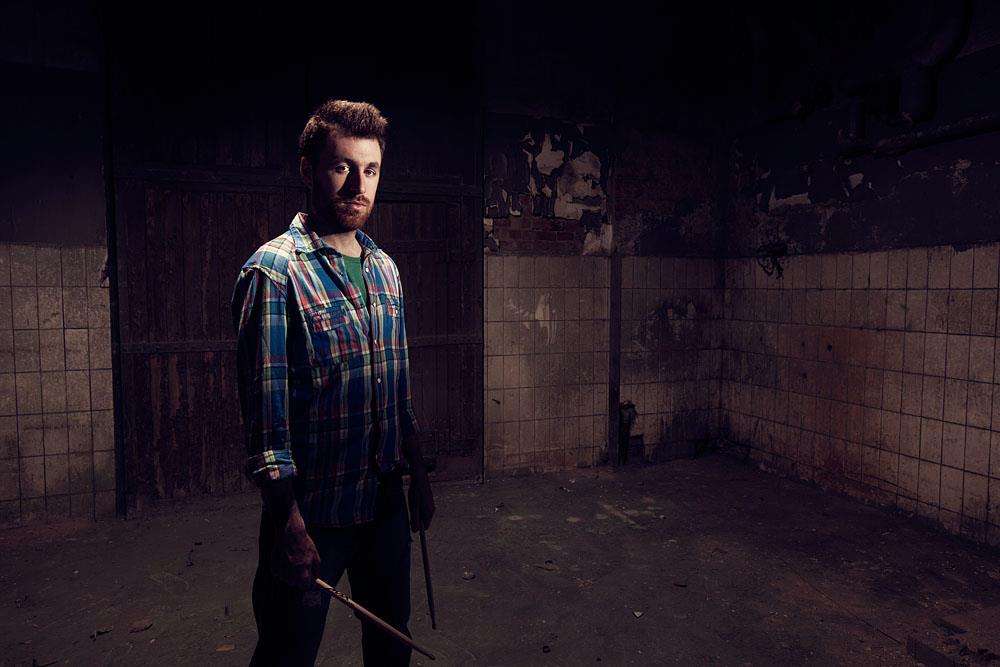 Sasa Macek (click the above photo to watch “Music Timeline”)

Sasa Macek’s “Music Timeline” is a Youtube hit, climbing past 55,000 views in less than a month. The drummer, who is so essential to any band, is finally in the limelight and rocks out pretty hard while playing to a handful of songs through the decades. Making every song sound epic, the video quality is top-notch capturing moments both with Macek on his drums and air/chair drumming. Matt and Charissa had the opportunity to chat with Sasa Macek about his viral video and what’s next.

What motivated you to create the “Music Timeline” video?

SM: Every step I take in my life is towards creating something new on my instrument (drums). I don’t need some special motivation because I have a drive to create every day when I’m not on tour.  Because Youtube gives opportunities to new performers to be heard and seen, I came up with the idea for the “Music Timeline” video.
Every song you played on “Music Timeline” I, Charissa, loved (minus Lady Gaga, but I’m really picky). How did you decide which songs to play?

SM: Selecting songs was a tough thing to do because there are so many hits that have changed the world of music. So we selected the ones that made the most impact and that are known to everybody, no matter if they are 5 or 85 years old.

Any songs that didn’t make the final cut, or did you select all the songs you wanted to cover and work around them?

SM: There were some songs that I regret not putting in “Music Timeline” because they didn’t fit with the pop/rock sound that we were going with. (Yet) all together these are the bands I enjoy listening to in my free time.

You’ve played in bands in the past, Call The Cops and Plug In The Stereo, and now you have started a solo project. What are you most looking forward to? Which are you most nervous about?

SM: What makes me happy is that every single day brings a new project or a new challenge. I would like to play in a band like Paramore, and who knows maybe someday I will. Actually, that is an interesting story because Jeremy Davis and I look alike. People mistake us all the time haha.

Looks are critical, especially when promoting oneself on Youtube. Were the multiple outfits and hairstyle an essential part of the video for you?

SM: With my styling on this video, I tried to give some inside on fashion details throughout time. So when I’m playing Elvis Presley’s songs I wear a denim shirt, striped t-shirt and a red bandana on my hand. I became a fashionista haha!

Embracing the social atmospheres of YouTube is imperative for any artist. Do you like where the industry is or do you think the best is yet to come (or consequently the worst)?

SM: Back in the 90’s MTV (presented) a lot of changes. Nowadays Youtube (has also) brought changes in the music industry. No matter where you live, you can become famous because everybody has access to what you put on Youtube. That comes with its good and bad sides.

Who is your favorite new artist of 2012?

SM: It is hard to say because there are so many good and new artists today. Lately, I (have been) listen(ing) to Wiz Khalifa.

What will we be seeing next from Sasa Macek?

SM: First a good and positive vibe and secondly an excellent and innovative video that is coming out in September.