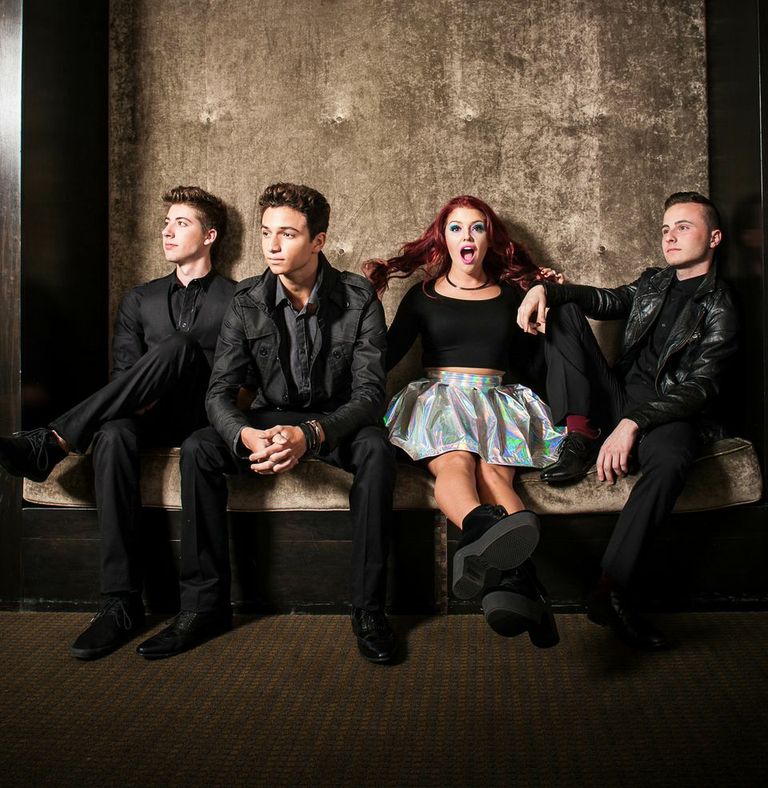 Hailing from a small town in New Jersey comes a unique and unparalleled musical quartet known as the band The Cleopatra Club. After becoming friends in high school, Jess Kenny (Vocals), Stephen Saulpaugh (Drums), Shane Furst (Bass), and Matt Morgantini (guitar) decided to take their musical interests to a whole new level. As a band that describes their music as fun and genuine, they integrate pop and disco tunes that build up to a sonic explosion of euphonic dance music.

After releasing their first single “Gypsy,” they began to gain recognition around their hometown of North Haledon, New Jersey. Their self-titled EP is comprised of energetic and exciting funky dance tracks that attracts people of all ages. Drawing inspiration for all genres of music, this EP brings me back to the good ol’ 90’s alternative sound that is so subtly intertwined with 21st century pop. I recently had the pleasure of meeting with The Cleopatra Club and sat down for a one on one interview about how the band came to be and where they are heading now.

How did you guys get together?

SS: There was big show that our school put on so we got together to do a Paramore cover.

SF: I approached him after that on the bus and said lets play together.

SS: At that point, the band that I was already in was fizzling out and Shane introduced me to Matt and Jess, who had already known each other from this program called School of Rock. After that we played this benefit show together just for fun and then everything from that point to now has been a blur.

Where did your name come from?

SS: When we were thinking of a name, we wanted a name that people got a vibe from it when they heard it. We wanted the name, the image, and the sound to all go together.

Is this the first band you guys have been in?

SS: Since I was a little kid, my whole family was really into music. I started playing with my brother and cousin in the basement or at bars.

JK: I think we all were in different bands before this but none of them were like this. This is way different.

SF: We tried to with different bands but it wasn’t there.

MM: I was in like four different bands before this starting from 7th grade.

In your Suit and Tie cover you beatboxed, Stephen. Is that just a hobby for you?

SS: I mean it’s not just a hobby. We definitely use in it our live sets. The beatboxing is definitely an asset to Cleo.

Do any of you other guys have interesting hobbies?

JK: Last night I made them veggie burgers and homemade Pierogis.

SF: I love anything about cars.

What music influenced you guys growing up?

JK: For me it would have to be Neutral Milk Hotel.

MM: The Smiths are definitely my favorite and something that really influenced.

SF: U2. That’s why you probably see a lot of these U2 posters around you. I saw them once and just wanted to play bass like that.

SS: When it comes down to creating our own music, we really take inspiration from everything and all of our own musical tastes to make the sound that we have. MJ, The 1975, Earth Wind and Fire were all big assets to making our songs.

What are your goals for this year?

SS: Our number one goal is to get signed.