Interview: The Little Ones 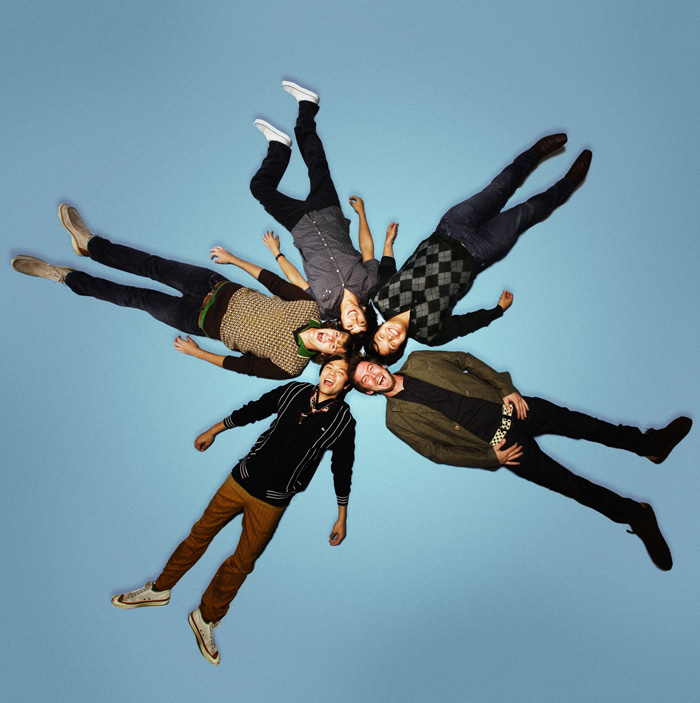 KTC had the opportunity to interview the Little Ones, the five piece band from Los Angeles as their latest album The Dawn Sang Along was released in February.

The comparisons to your sound with 60’s rock bands, such as The Kinks and The Zombies, is seen everywhere.  Yet, listening to The Dawn Sang Along I hear more of a link to the 60s British band, The Hollies and modern Animal Kingdom.  Would you be able to share the connection to The Kinks, The Zombies, and The Beach Boys?

TLO:  For us as a band we look towards the classic 60s pop bands as a template or purveyors of perfect songwriting.  They had a knack for using structure and melody in the right way.  Personally, Ray Davies and Brian Wilson are the epitome of songwriting genius.  The melodies they created are so timeless.  Whether your 60 or 16 you can appreciate their songs.

The Dawn Sang Along has tracks that are uplifting, causing the listener to instantly want to get up and move – this is even stated in your description of your album on Facebook.  While writing and composing this album, was it your intention to create something so dance-able?

TLO:  The band in general wants to create music that we  ourselves can dance to.  You couple that with having a band made up of close friends and brothers and inevitably you’ll create music that personifies our love for each other.   The result is music that implores the listener to get involved.

I imagine you writing this album on a sandy beach during sunset.  Am I close?

TLO:  Yes, you’re definitely close.  We are California boys who in one way or another have ties to the beach and ocean.  We love the ocean and most of the band surfs.  That experience and perspective filters its way into our writing.

Your biography journeys readers through a fantastical story where there’s a foundation of your band’s beginnings amongst a fairytale standpoint.  How come you decided to share your formation story in this way?

TLO:  I think that in the beginning we looked at our band as something fairy tale like.  It was our alter egos when we were not at work.   It was our escape and it was natural tell our story that way.

Assuming you followed the path most artists do…what was the first cover song you played together as a band?

TLO:  It was Simon and Garfunkel‘s “Cecilia”.  We played it at one of our first shows during our Spaceland Residency in Silver Lake.

There were tons of great albums in 2012.  What was the one you found yourself listening to on repeat?

TLO:  I think it was Toy.  Their self-titled release on Heavenly was on repeat for me.  Beautiful and hypnotic, full of rich melodies.

Continuing this focus on artists you may be inspired by, or are flat-out fan-boys of …what’s your favorite band since you’ve been on the road?  Favorite van band?  Favorite live band?

TLO:  Our favorite van band is probably Frank Ocean.   We can all sing “Thinking About You“.   Our favorite live band at this moment is Mac Demarco.  He has a great gift of telling jokes and loosening up the crowd.

The Little Ones are: