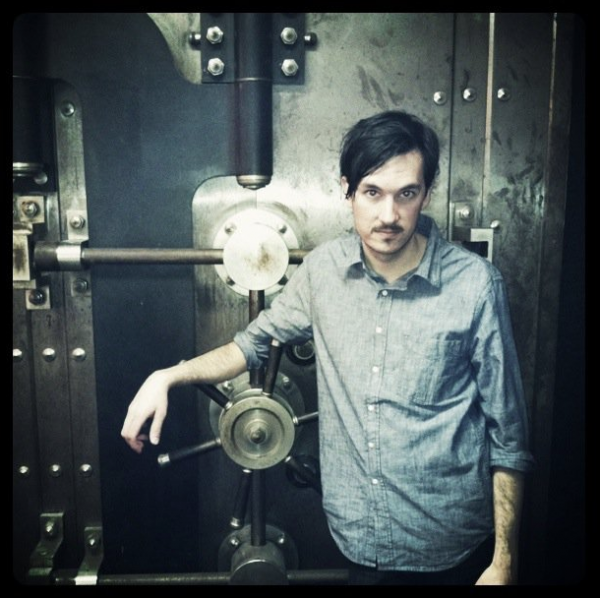 Tyler T Williams is one of those filmmakers that turns simple into genius… or is it the other way around? His short films and music videos stir up memories from war to drug abuse to relationships; yes all of these things make the world go round. We were introduced to him through an epic narrative scored by Youth Lagoon called “Montana”. In a world filled with mainstream crap, Tyler found the right light, aperture and filter to help deliver real feelings of hope. Here’s our interview with the one of the next great music video directors.

When/Where/How did this director/producer career begin for you?

TTW: The root for my passion within filmmaking began when I was in Junior High and I would film and edit myself skateboarding to try and push myself to get better. From there it has just sort of grew into what it is now. I’d say my first true music video that told a story was for Coma Cinema. So thankful Mat Cothran from the band had trust in me to tell whatever story I felt best suitable. Everything just fell into place.

With the transition to digital, almost anyone can produce a film these days. The market is flooded with amateur producers and directors from all types of backgrounds. How has this new wave of producers affected your business?

TTW: I go back and forth with this because it does feel saturated with digital filmmaking being so accessible, but it’s the reason it allowed me to learn. If it wasn’t for non-linear editing and the rise of HDSLR‘s I’m not sure if I’d be where I’m at today. The beauty about digital filmmaking is that it allows anyone to go out and create something meaningful to them. It allows people to practice and not worry about wasting money. But like you said, it has made it tougher to actually make money through music videos.

Fading back to 2011, both you and Trevor (Trevor Powers of Youth Lagoon) are from the same city (Boise, ID). Were you friends before or was it just fate that brought you together for this project?

TTW: I knew Trevor back when he was still in High School. Haha, Boise is pretty small so out of coincidence we met through friends. About 3 years later he started Youth Lagoon and he always loved my work so he asked me to make a video for Montana and after the success from that video he asked to do a video for July. Trevor is a wonderful guy. A very kind soul.

Most of your videos seem to involve obscure or developing artists. Compared to working on a big budget video, how are you able to deliver such high quality content? Record labels aren’t shelling out hundreds of thousands of dollars for videos anymore…

TTW: That is true. I tend to like more independent music because it’s usually not trying to form to normality and it allows me to visualize and create stories that come up with without the pressure. I do tend to put my own money into the music videos I create, but I never regret it. I love everything about filmmaking.

What do you tell a baby band who reaches out to you that doesn’t have a budget with a song that you might love? Have you fallen in love with a song from someone that you just couldn’t work with because of budget limitations?

TTW: It really depends on how the music makes me feel and how busy I am. If the music casts a certain mood over me and creates an environment that takes me into a rich story, then that’s when I know I have to make a video to the track. With the Youth Lagoon videos I just made back what money I put into them. So if I’m passionate enough about the artist/songs then that’s all that matters.

What is the production process like for you? Does inspiration spawn from the music or do you begin with a story that you format to parallel with the song?

TTW: I’ll sometimes have a pre conceived concept, but usually I’ll allow the music to take me and create the story. Like I said before, if it creates a mood and an atmosphere that I feel could tell a compelling story, then I’m game. I try to let my thoughts come slowly rather than forcing them. Sometimes I’ll listen to the track so many times that it sort of puts me in a rut with the concept so I’ll listen to some eerie drone music or something to free my mind.

You just completed an epic, and slightly disturbing short film titled “YOU ARE MINEZ”. How did this treatment come about? Is it a short film, music video or both?

TTW: It started by Jean Sebastien Audet of You Are Minez sending me a few tracks and I thought it would be cool to turn them into a short film format. I really enjoyed making that one. It’s crazy that kid makes those tunes at only 16.

Is this a progression thing? Will we be seeing you direct big box office movies over the next decade?

TTW: Ha, not sure if I’ll be making box office films, but I definitely want to start developing and creating feature lengths. It’s what I grew up on. I grew up watching scary movies all the time whenever I had the chance. I guess I just have to find what story best fits me for my first feature.

What does everyone need to do when visiting Boise? Is it a town rich in culture and music like your videos?

TTW: It’s a city that has great downtown life yet still having beautiful scenery and space to relax. There is a great small indie theater called The Flicks, awesome times floating the Boise River(which flows through downtown), and rad venues around town. I think there is always a quality that cinema paints of a location that is almost dream like, but Boise certainly holds its ground.

Time to take a break, or are you in pre-production for something else?

TTW: I’m shooting a music video soon for a local band Gayze. Dave Wood from the band is a great friend. I’m kind of waiting to see where the river takes me from here. Who knows, maybe a short film or a feature. 🙂