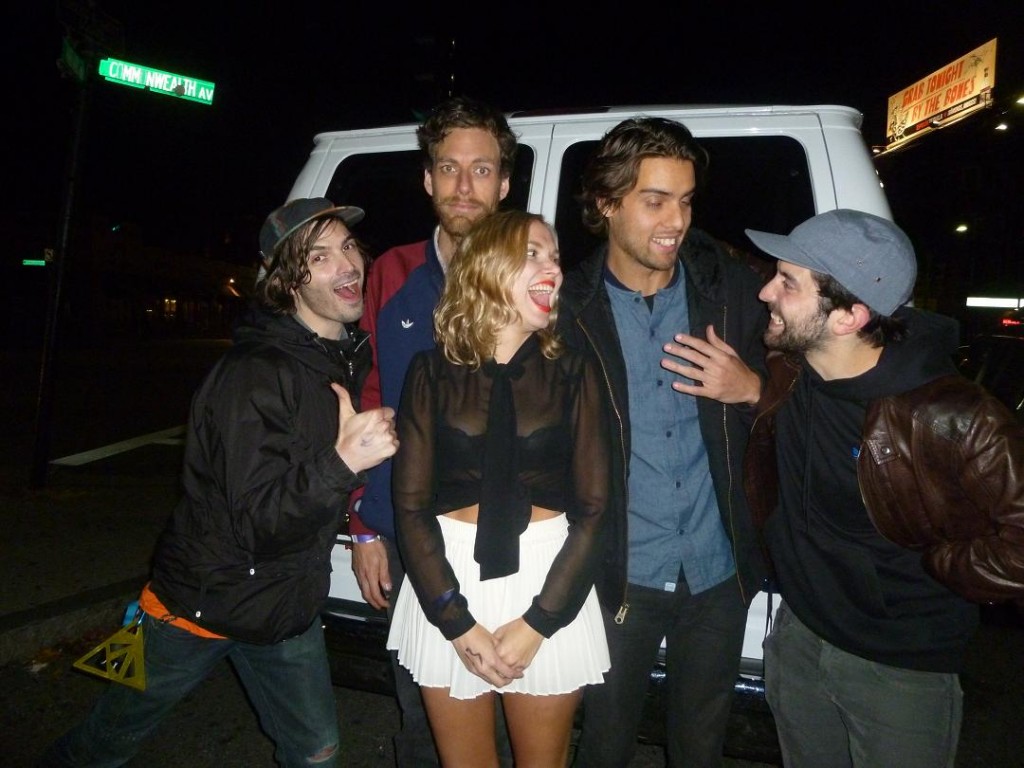 In a smaller setting you wouldn’t expect as many fans, but JJAMZ and their opening band brought in people specifically for them.  Not friends or a couple going out and checking out the latest band at The Great Scott.  People were here and knew exactly who they were seeing.   This became more obvious as the opening band, Friendly People was controlling the crowd who were waiting in silence for the next chord progression or vocal change.  Towards the end, people started getting more intoxicated and antsy and there was more talking, but for the first half it was pretty close to silent and when someone would talk there would be a helpful “Shh” from another.  Friendly People set a great tone with emotions pouring onto the audience and traveling energy flowing through the venue.  Fans were clearly becoming more anxious for Z Berg (Elizabeth Berg) and her JJAMZ ensemble.

Going into this JJAMZ experience, I am a fan of Suicide Pact, music-wise it had great guitar melodies and quick up-tempo tracks with a great bridge and mini-solos.  I was not a Z Berg cult follower and frankly didn’t realize there was such a following.  She has female fans in the palm of her hand (and one 40+ male), worshiping her every move and obsessing over her perky and flirtatious nature.   As a performer she uses this energy to continue her fun and upbeat attitude, which may come across as arrogant not showing a deep connection with the significant instrumentation taking place around her.  However, as she speaks with the crowd in between songs, Z connects to the audience in the most humble way and shares this exciting musical experience with her fans.

Instrumentation was phenomenal, one of those bands where you are able to capture more from their live version than you can on the album.  Especially being an indie-super-group it was a surprise to see different vocalists on different songs and in a way ‘whose song was whose.’   Z’s vocals were a bit deeper and notes shorter than on the album, though that may come with time and practice as they continue performing.  JJAMZ absolutely held the audience who sang along to every song (even B-tracks) and were dancing the night away.  Most memorable part of the night was when they were on their final song, the newest single “Suicide Pact.”  As Z’s vocals ended and the musical outro continued, she ended up joining the crowd on the floor and was rocking out to her own song with the rest of the audience.  The fans went crazy and were dancing with her – showing the epic power of music.

Post-show they were humble and fun.  As a super-group you never know what you are going to expect  – each member off on their own,  or being ‘too good’ for the fans – but JJAMZ seemed like a close bunch of friends all having a fantastic time together living out a side project dream.