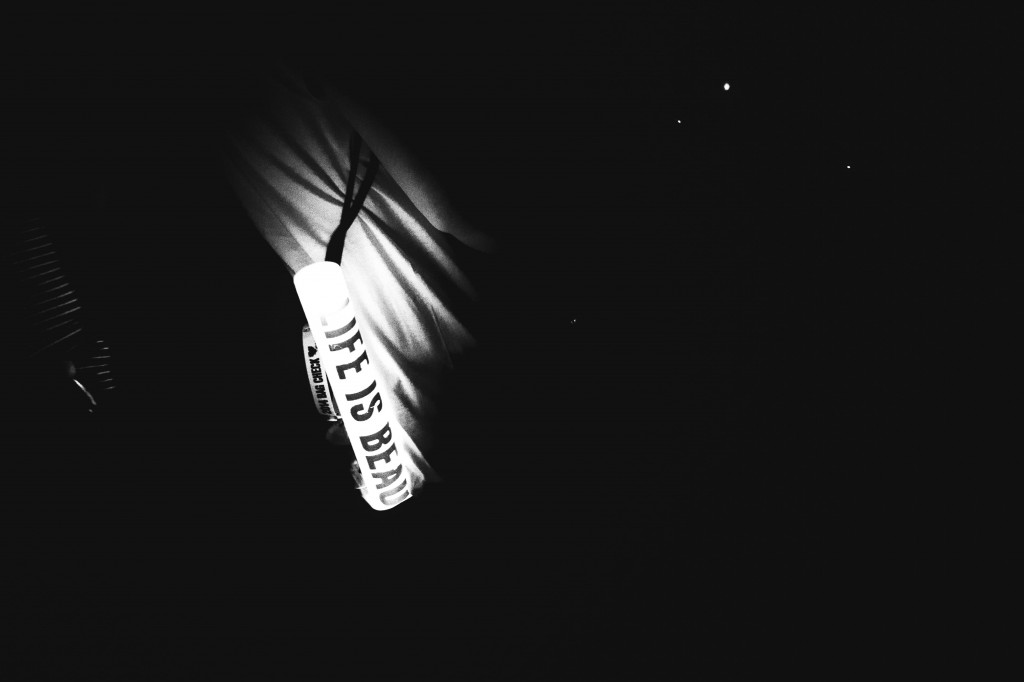 by Matt Downes with photos by Chase McCurdy.  Learn more about Chase here.

UPDATED: Did you like our photos?  See our entire collage here.

Life is Beautiful has firmly planted their flag in the garden of American music festivals.  The music was top-heavy and the food was incredible.  While getting to experience what the festival has to offer in its entirety is almost impossible, they have focused on creating a clean, safe and very different atmosphere from what other typical big festivals have to offer.  This is one experience that has to be be seen and heard in the first person. I will try and give you the low, medium and high-lights of the festival as best as I can.

Balloons were a theme of this years festival.  What balloon made it the most distance? 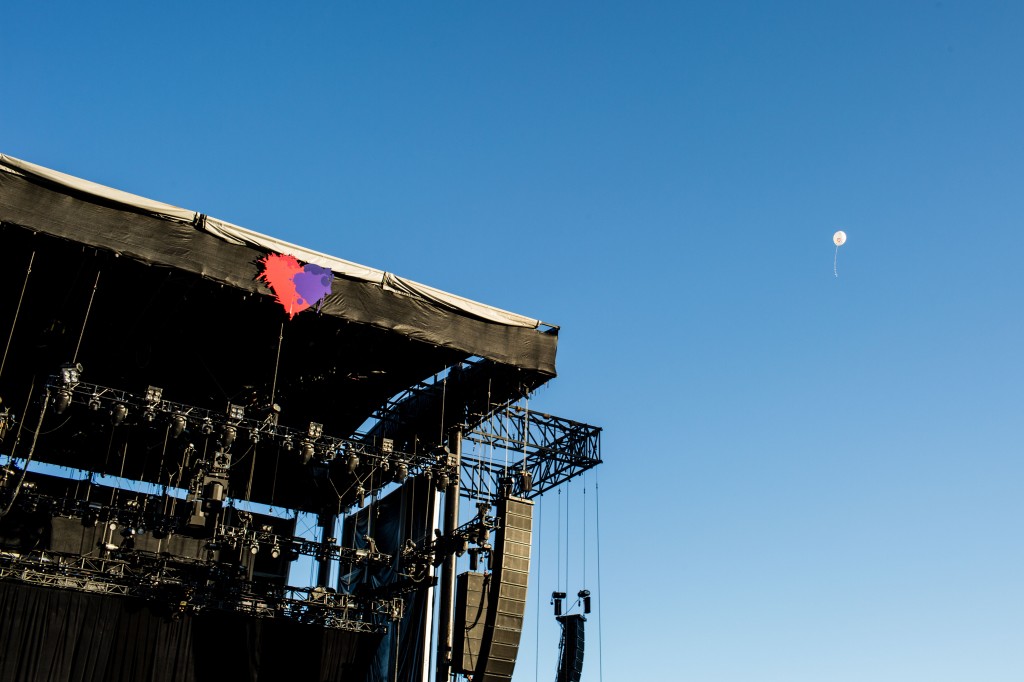 If you were a second year attendee, it took a minute to get a grasp of the grounds.  This won’t happen next year as I bet they’ll keep everything the same.  Maybe the maps need to be clearer or maybe I just needed to get the 2013 comparison out of my head.

I think they blew it with the Ambassador beer tents.  They were almost invisible and need to be in a higher traffic area next year.  I literally thought beer was a limited offering this year until around the middle of day two.  My bad kinda?

Big face with a missing singer 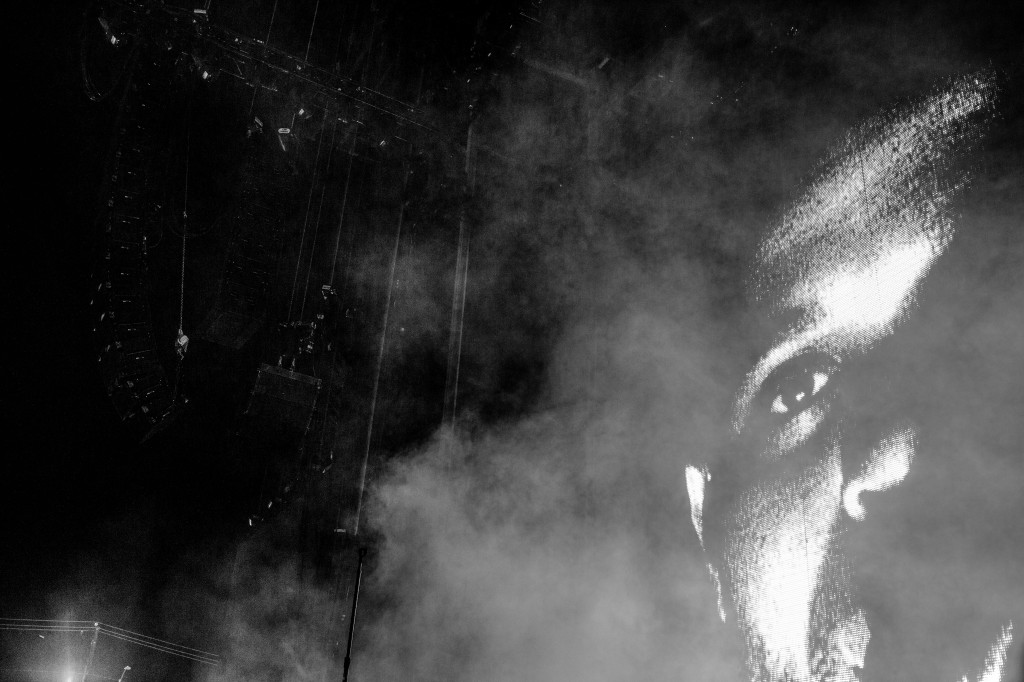 Watching Paper Route with their manager head bobbing a few feet away from the stage.

Returning again and again to the main stage culinary village.  Favorites were the lobster roll from the main culinary village, the sushi offerings from Nobu and the Freakshow cabernet sauvignon by the Huntridge stage. (check out my background photo on twitter)

Matt and Kim forcing you to put your dancing shoes on at the end of a very long festival Saturday.  kudos!

Rapper Ekoh put on a day show that drew a nice crowd at the Huntridge Stage.  It will be fun watching his ascent over the next couple of years.

The King among women? 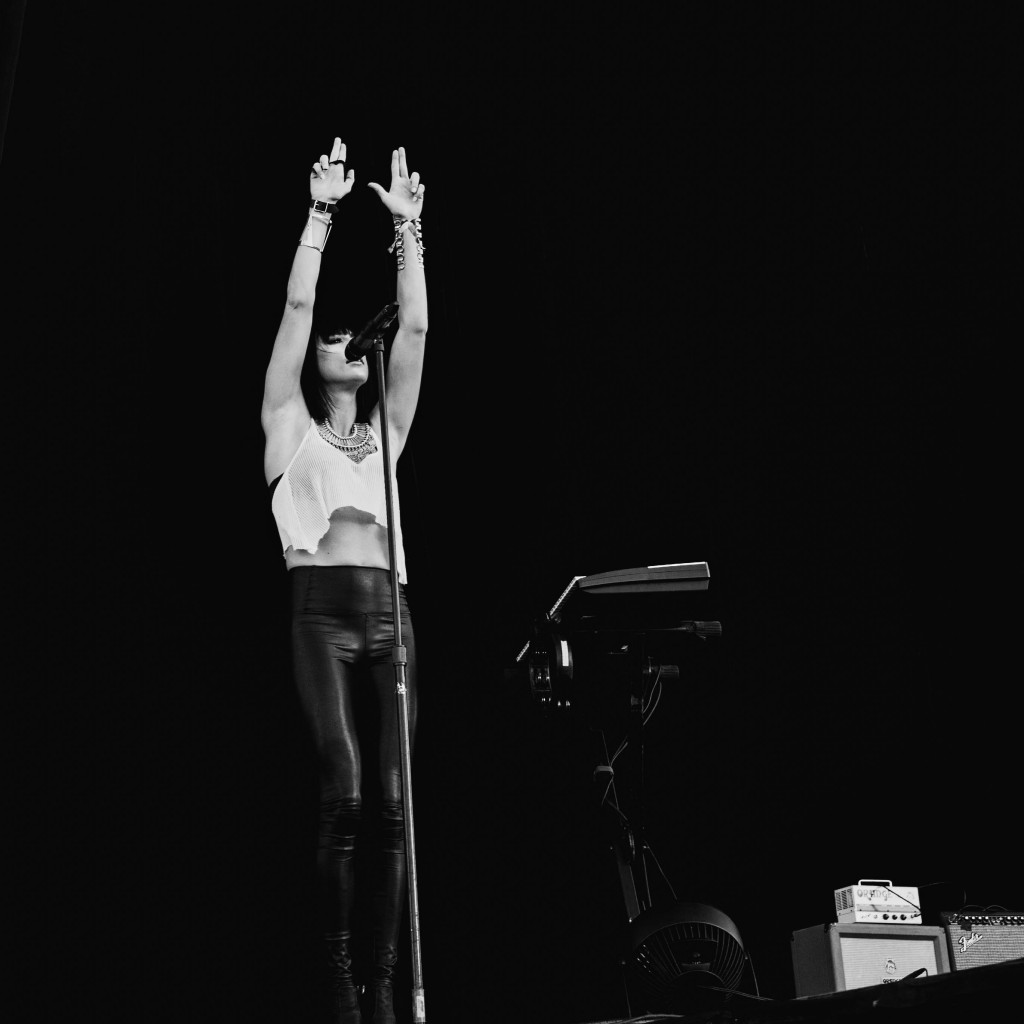 Kanye West gave us a performance for the ages.  Chase, one of ktc’s photographers, said it best “We didn’t deserve what we saw”.  The setlist was filled with all the classics.

The Flaming Lips.  Yes, you were at Outkast right?  I understand, but the Lips made the festival “a complete circle”.

The Foo Fighters covering Tom Petty and The Heartbreakers “Breakdown” for around 8 minutes.

Alt-J stating they’re thrilled to be in Las Vegas for the first time in awhile and were looking forward to attending the Foo Fighters performance the next night.

St. Lucia and The Preachers delivering opposite end sets

Best bathrooms of any festival I’ve ever been too (topping their setup last year).  Clean, efficient setup and tons of fresh sinks to stay free and clear of EBOLA.

Alt-J were gracious to their LIB hosts and told the crowd they were attending the Foo Fighters performance the following night. 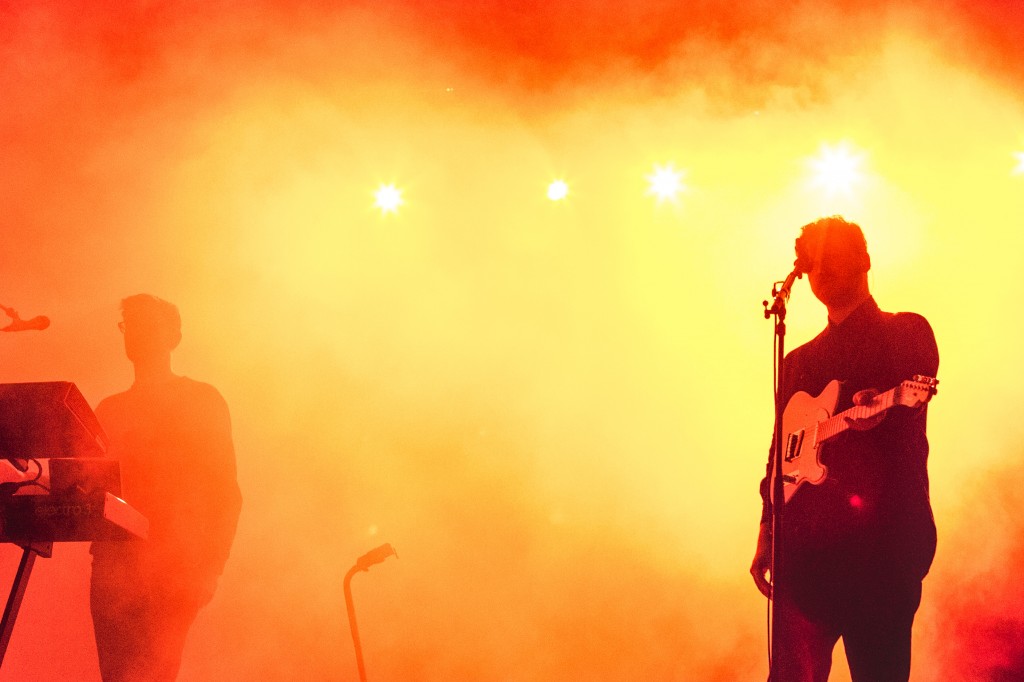 Did not have time in my schedule to personally see Phantogram, Echosmith, The Head and the Heart or Kacey Musgraves.

For the second year in a row, I simply didn’t partake in the Art part of the festival. #isuck

I heard whispers that the pre-party barbecue on Thursday night was outstanding.  Might do that next year too, but they need to lower that ticket to $99 to get more involved. 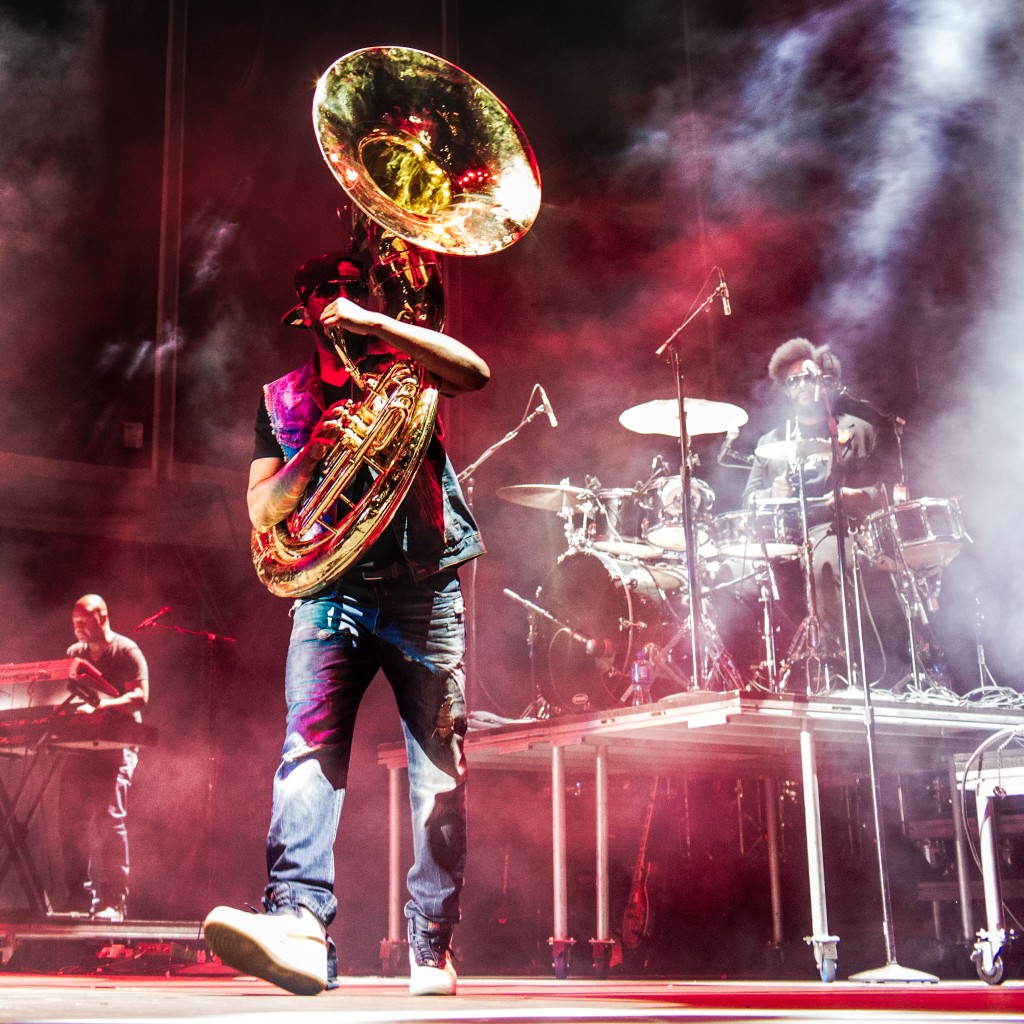 Besides an outstanding introduction, Lionel Richie‘s set was boring in my opinion.  It made me all that more dedicated to seeing the entire Alt-J performance.

I stayed at the El Cortez which was right next to the entrance and while they had absolutely ridiculous security to get in and out of the hotel, the entrance was literally right outside the side door.  #epic

The best 90 minutes of the entire festival.  #lips 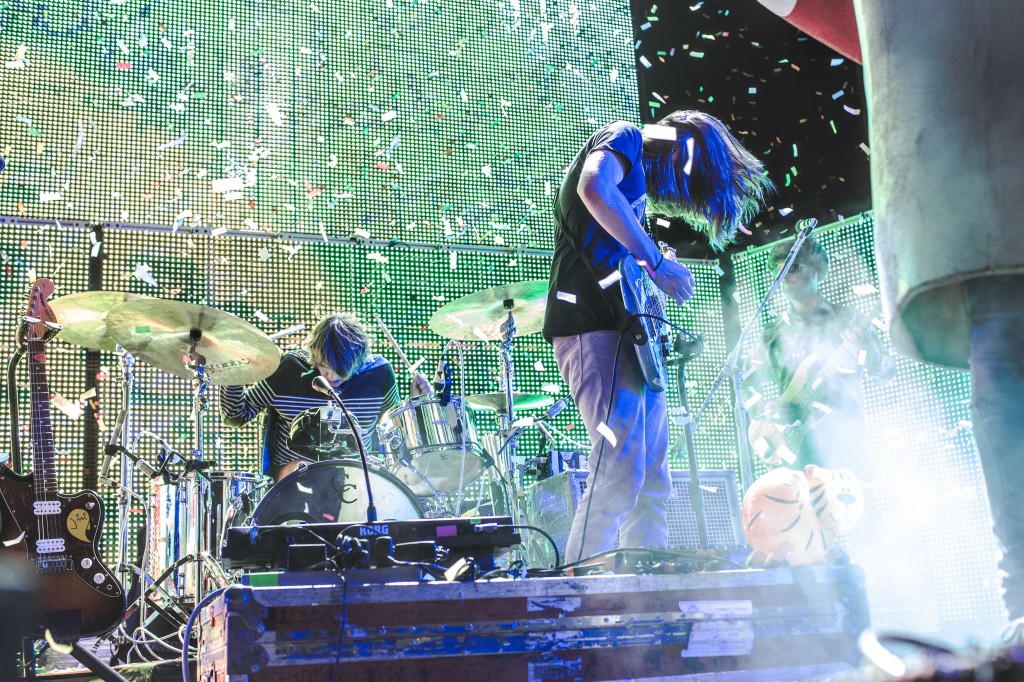 The lineup was curated with great care for the wide demographic that attended this festival.  I have nothing to back this up with other than personal opinion, but they need to continue to raise the bar for the middle of the lineup talent.  They did a GREAT job of allowing the headliners free reign to do what they want, but need to get some artists in there that have their machines moving a bit better.  This would’ve resulted in a sell out for sure.  Kids and kids parents finance these festivals. They also share their experiences prior, during and after the festival more than adults.  This social currency is what has made Coachella so freakin cool.

I cannot wait for next year.  Definitely could see myself attending this festival every single year.  I hope Rock N Rio doesn’t interfere with their bookings!

Day One, Day Two and Day Three photos can be found here!

Photos: All photos were taken by Chase McCurdy.  Learn more about him here.