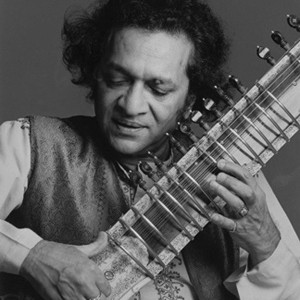 2012 has come and gone and in that time, we’ve lost some of music’s most influential players from genres all across the board.  Early in the year we learned of the death of Etta James and not too long after, the surprise passing of Whitney Houston.  In late February, Davy Jones also died of a heart attack with Adam “MCA” Yauch, Donna Summer, Robin Gibb of the Bee Gees, Earl Scruggs (bluegrass pioneer), Fleetwood Mac’s Bob Welch, Levon Helm of The Band, Ronnie Montrose (guitarist for Sammy Hagar, Van Morrison and Herbie Hancock) and Dave Brubeck, a leading pioneer in jazz music making the journey Home in the following months.

The one death, though, that affected me most was that of sitar master, Ravi Shankar, a man who dedicated his life to learning and teaching the music of India, acting as the most esteemed musical ambassador for the country, being the first to bring Indian classical music into the homes of those who lived in the west.  He has received multiple awards and honours from his own country and from all over the world, including fourteen doctorates, the Bharat Ratna, the Padma Vibhushan, Desikottam, Padma Bhushan of 1967, the Music Council UNESCO award 1975, the Magsaysay Award from Manila, two Grammy’s, the Fukuoka grand Prize from Japan, the Polar Music Prize of 1998, and the Crystal award from Davos.  Ravi Shankar has also composed for ballets and films in India, Canada, Europe and the United States in addition to being nominated as a member of the Rajya Sabha, India’s upper house of Parliament.

George Harrison named Ravi Shankar “The Godfather of World Music” after studying with him for weeks, learning the sitar and continuing  relationship with him that would ultimately last until his death at the age of 92.

Humanitarian, composer, teacher, and political figure – Ravi Shankar has been influential around the world for over 50 years and will continue to be a part of our lives as his music and memory remain long after his death at the age of 91.

Witness the magic of Pandit Ravi Shankar with his daughter, Anoushka Shankar here: