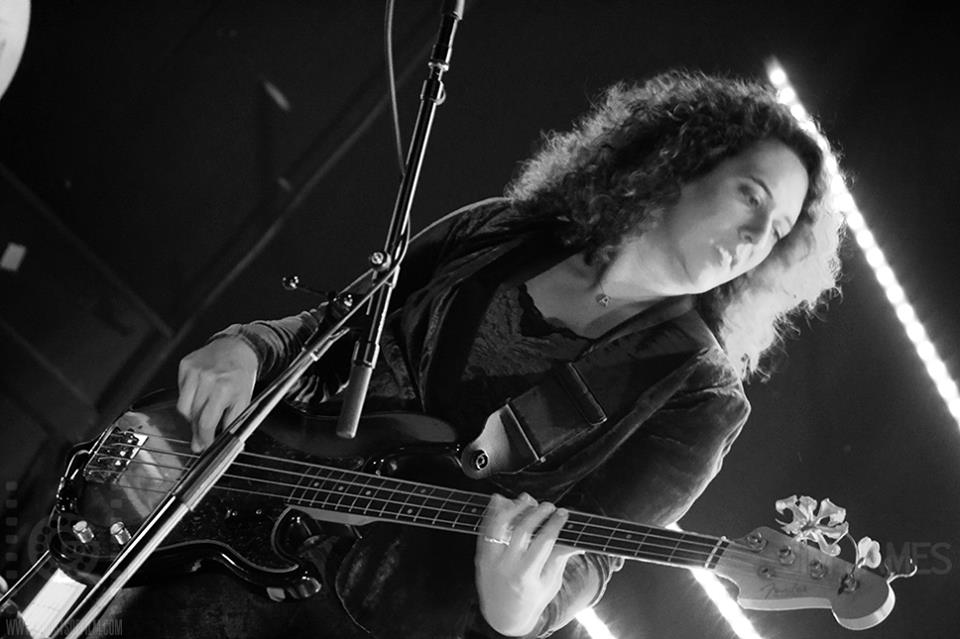 I was just a young little tribe head when I first found Sub ID opening for my favorite band in Atlanta at the Tabernacle on night 2 of a three night New Years run. They were a unique up and coming electronic/live bass duo (Brad Bowden and Alana Rocklin) that became a consistent fixture on the stages I frequented so often and their sound was unmatched by any other prominent STS9 opening act. Rocklin’s clean and punctual, groovy bass lines on top of  Bowden’s edgy, glitch infused beats and samples were contagious. Often times, my then boyfriend and I would be some of the only one’s raging right in front of the stage as we would be sure to arrive early enough to not only witness, but also be a part of the Sub ID experience. They became an integral part of those  Sector 9 shows.

With time, Sub ID parted ways to pursue other opportunities. For Alana, that included touring with Jim James, backing signer songwriter, Ben Sollee and performing and recording with the J.U.S.T.I.C.E. League. On STS9’s last ATL New Years run, Alana joined the band, dual bassing with Murphy on multiple tracks. Could this have been a sign of the change to come? In January, STS9 announced (as we know) that they would be parting was with forever bassist David Murphy, a devastating shock to long time Tribe fans like myself. When secret news of the potential new bassist reached me this month, I felt such a relief in knowing that I would be able to fully appreciate and embrace the change with Alana taking over. It just makes sense, her talent extends far beyond the bass; she’s also proficient at the electric, upright and midi bass and she’s an experienced veteran in the STS9 scene.

Their debut show went down this weekend at the McDowell Mountain Music Festival in Phoenix and the set was nothing less than amazing (listen here). Opening with a new track “New Dawn New Day,” the transition couldn’t have been smoother or more on point. I do believe the perfect choice was made. Welcome to the family, Alana!