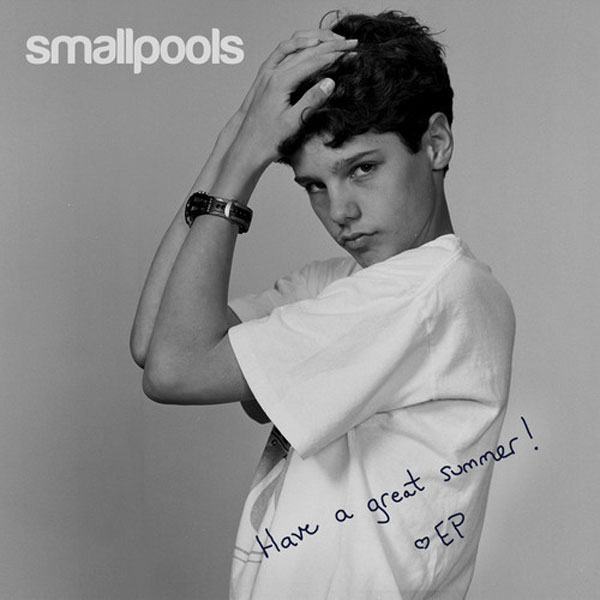 ‘You know when there’s a song that’s always lingering in the back of your mind, continuously looping, as if there’s a party going on in some corner of your brain?  And at the very moment you tune in, you start mouthing the words and shifting your shoulders to the translucent beats.  Some would classify this situation as the requirements of a “catchy” song , maybe others would say it were “stuck in their heads” with an annoyed scoff reflecting on their face.  Either way you look at it, there’s something peculiar and unique about this and it just so happens the foursome from LA may have stumbled upon the secret formula.

If you haven’t listened to “Dreaming” yet on satellite radio, Soundcloud, Pandora, or your local station, it is time that you do so.  A handful of listens and you’ll be air drumming at your cubicle, or humming while at the drive thru whether you realize you’re doing so or not.  This track will sink into your veins and find that corner in your thought processes which will be making better choices of the day than you by throwing a mini party in the subconscious led by Smallpools.

Yes, it sounds like Passion Pit.  I agree, it is reminiscent of Phoenix.  Absolutely, you could make comparisons to Animal Kingdom.  This could be discouraging to you obsessive music listener who only respects tunes fresher than Ricky Fowler’s wardrobe.  However, Smallpools is able to take all of those filthy (this would be a positive use of the word) synth melodies, and falsetto vocals and mainstream them into dance party madness.  This may take away from the previously mentioned bands quirkiness that makes them so enjoyable, but it implements the idea of popularity and happy, smiling goodness.  So in essence it is borrowing, but it is also adding to in a massively bold way, by pouring a catchy edge to a conglomeration of our favorite indie electro/rock bands.

The four tracks on their debut EP explode in luscious beats, boiling over with melodies to sink your teeth in.  Everything reeks of an energetic sweetness, contagious at all costs ready to attack its next willing victim.  The best place to experience such things could arguably be in a large venue with Smallpools sending your backyard mind get-together into full perspective.  Smallpools’ first live apperance at The Brookklyn Bowl was mind blowing for their introductory performance as an entity.  They captivated the audience causing Brooklyn hipsters to partake in invisible double dutch dancing (I really have no idea), draw everyone onto the dance floor, and maybe most importantly allow you to hear the lead vocals for their true sound.

Sometimes on albums vocals can become a tinge ‘overproduced’ sounding, so that there is more crisp than gritty, more clean than dirty, more smooth than raw…okay you get the point.  For this reason, witnessing a band like Smallpools live, gives you the opportunity to see whether the vocals can handle it, remain too squeaky clean, or allow for a bit of humanity.  The latter took place at the Brooklyn Bowl and Smallpools, along with the vocals, made an epic entrance into the music world.  Just enough of an edge amongst the fairly smooth windpipes sent the room sailing into natural reactions without feeling played.  These boys sure know how to create upbeat, let your hair down, honest melodies and become personal entertainers to your monotonous life.